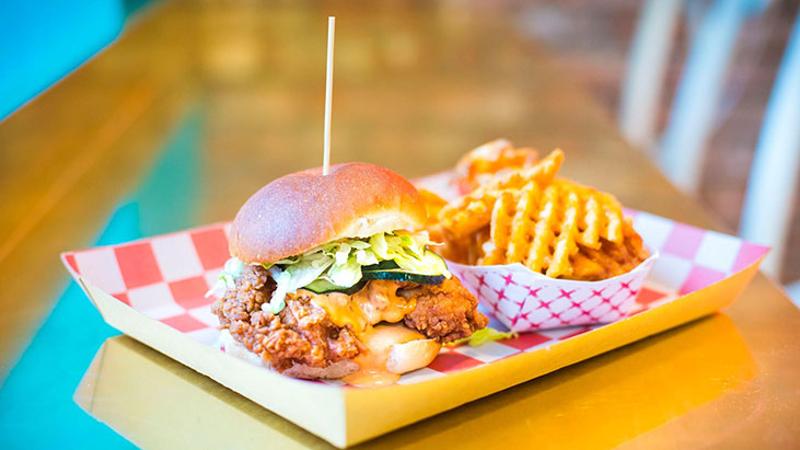 With celebrity chefs like Momofuku’s David Chang and “Top Chef” winner Richard Blais entering the fast-casual fried chicken fray, concepts without such clout need to show a clear point of differentiation. If three makes a trend, one of the ways that new chicken concepts are distinguishing themselves is through social responsibility.

The Organic Coup in Pleasanton, Calif., opened in November as one of the first USDA Certified Organic fast-casual restaurants in the country. The restaurant opened with media buzz for its organic stance, but also because it took community responsibility a step further by starting its staff at $14 an hour, $6 an hour above California’s minimum wage.

ChkChk, which opened the first week of February in Portland, Ore., makes guilt-free dining part of its branding. Besides offering responsibly sourced crispy chicken sandwiches, vegetarian chickpea sandwiches and seasonal sides, ChkChk says it will donate 5 percent of gross sales to the Q Center, a nonprofit organization that supports the LGBTQ community.

Walloon’s Fried Chicken Sandwiches & Fries, a Boston-area food truck that opened a store in November in Peabody, Mass., partnered with the Young Entrepreneurs Academy to invite high school and middle school students into the restaurant to teach them the highs and lows of opening a business.

It isn’t enough anymore to simply offer good food. And as a segment gets more crowded, new players need to offer something—and tell a compelling story—that other concepts can’t. Technomic research consistently shows that consumers—especially Gen Z and millennials—want to support brands that stand for the greater good. Pointing to community ties will help these fast casuals stand apart.