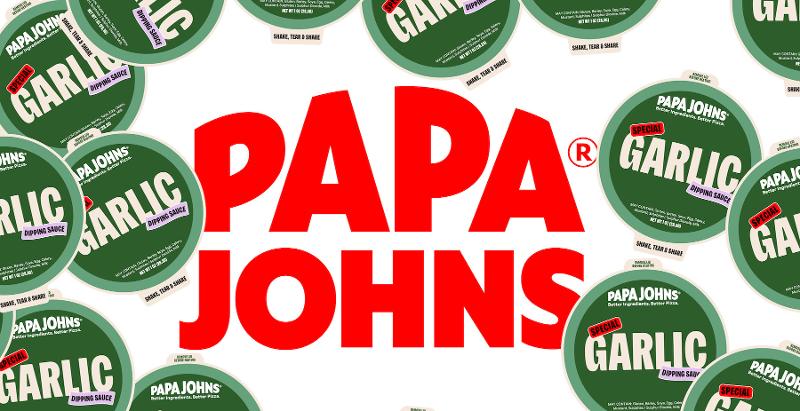 Papa Johns on Tuesday revealed a new logo that is specifically designed with flexibility in mind. It works well on a billboard, on a pizza box or on a small telephone screen. But it takes one more important step.

It removes the possessive from “Papa Johns.”

For the company, it was inevitable. Many brands eventually remove the possessive from names as they grow and founders sell and move onto something else. ‘It’s consistent with a lot of brands as they move over time, they’ve pulled that out to represent the company,” Chief Commercial Officer Max Wetzel said in an interview.

For Papa John’s, however, removing that possessive has a dual meaning. It is one last break, albeit a symbolic one, from its years under the oversight of founder John Schnatter, who guided its growth for years only to leave the company after apparently making a racial epithet during a conference call in 2018.

It also represents the company’s recovery from steep sales declines during that period. Papa Johns in the past two years has overhauled management, named a new CEO in Rob Lynch, changed its marketing and product development, opened a second headquarters in Atlanta and brought in Shaquille O’Neal to be a brand ambassador and board director.

“We have a story to tell,” Wetzel said, noting that the brand’s personality and tone is more vibrant and the company wanted to get that across. Also, he said, “It’s been a long time since we’ve made a change to the logo. We felt like it was the perfect time to bring in a strong brand strategy and bring in more modernization.” 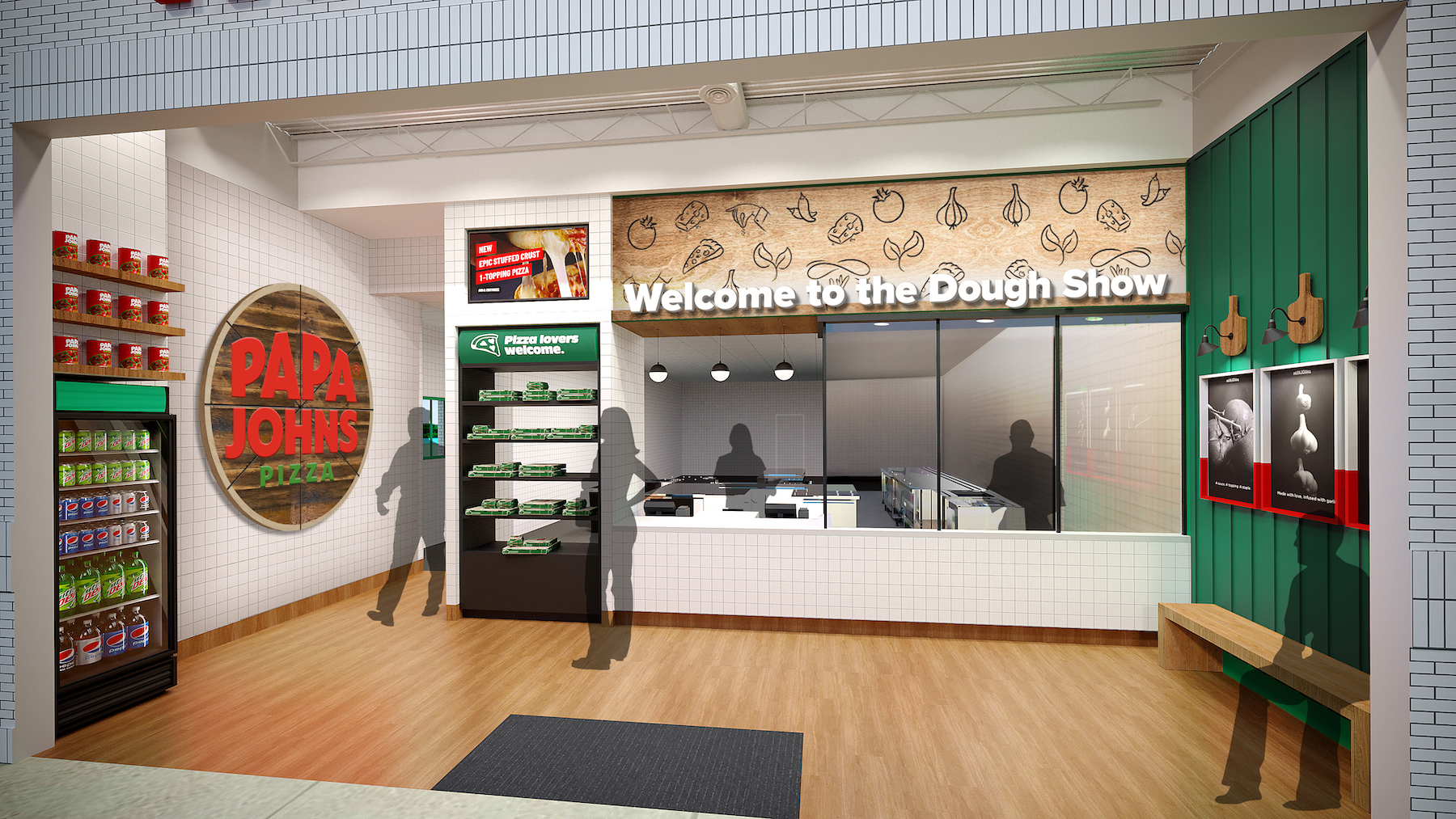 Wetzel said the rebranding effort started two years ago. It includes a new store design, new branding including a broader color scheme along with the versatile new logo.

It also features a kitchen with modular stations that can allow the same space to be used for different products at different times.

Above the counter is the phrase, “Welcome to the dough show.” And the back of the restaurant is clearly visible from the lobby.

The new design will start making its appearance as the company’s franchisees open new locations.

“Part of making it easier to say yes to Papa John’s development is having a smart and seamless design,” Chief Development Officer Amanda Clark said in a statement. “We worked with customers and our operations team to understand how we can have our stores be a true reflection of our brand while delivering an efficient operational experience, and this design delivers on that.”

The logo and messaging continues with its “better ingredients, better pizza” tagline but the company is emphasizing the simplicity of its recipes. For instance, one ad says “Flour. Water. Sugar. Oil. Salt. Yeast. Six simple ingredients. The rest is up to you.”

“We’ve taken a step back,” Wetzel said. “We’re still better ingredients, better pizza. But how do we bring the story to life in all our consumer touch points and make it more relevant.”

The color scheme has also changed somewhat, though it continues with Papa Johns’ original green and red but adds different colors of red along with other colors, such as light purple and bright yellowish-green.

As for the logo, it’s “stackable,” meaning that it can be changed to fit different sizes while still being readable. “It’s all about flexibility,” Wetzel said. “It has to be as strong on the outside of the restaurant as it does on the app.” 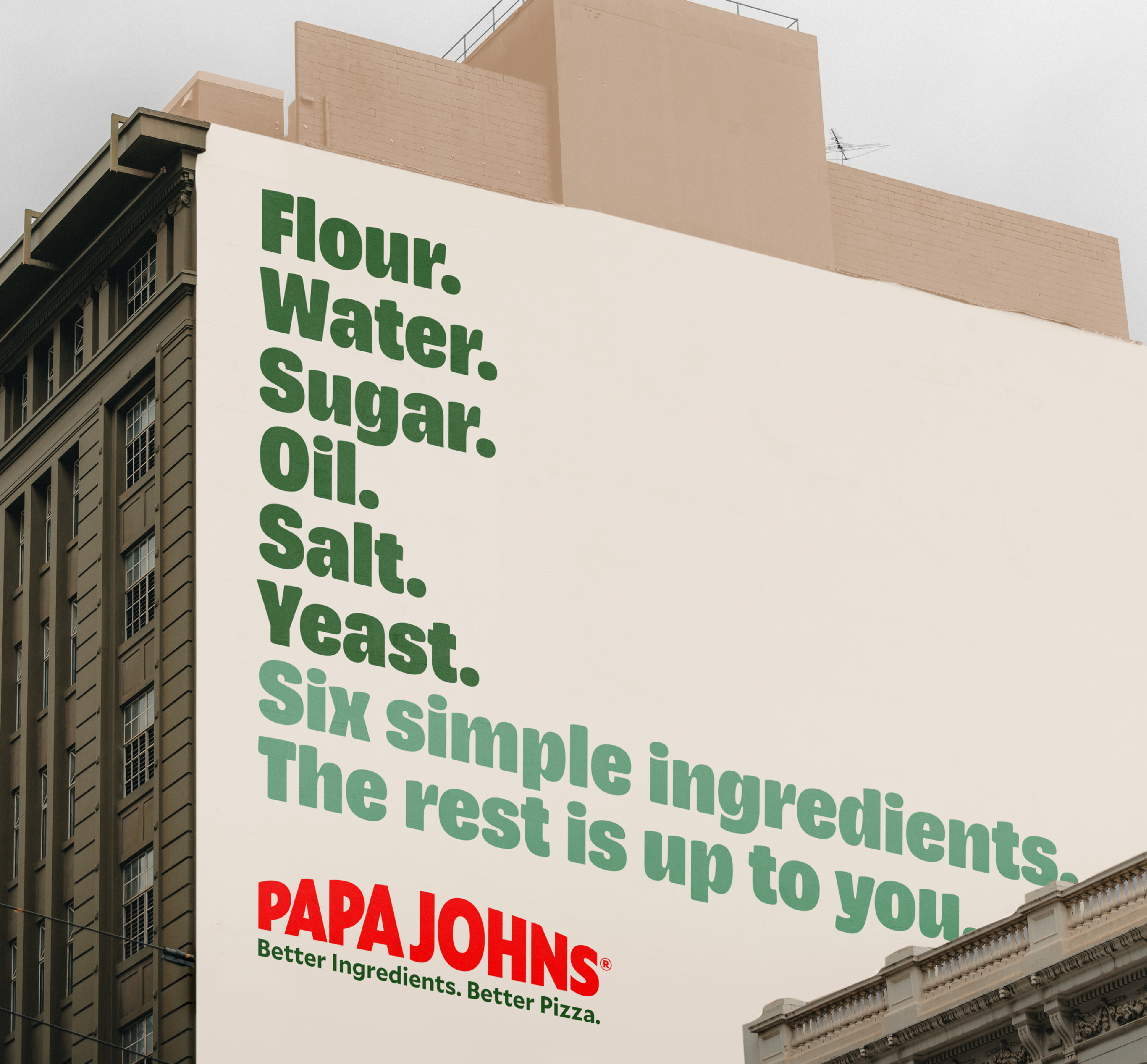