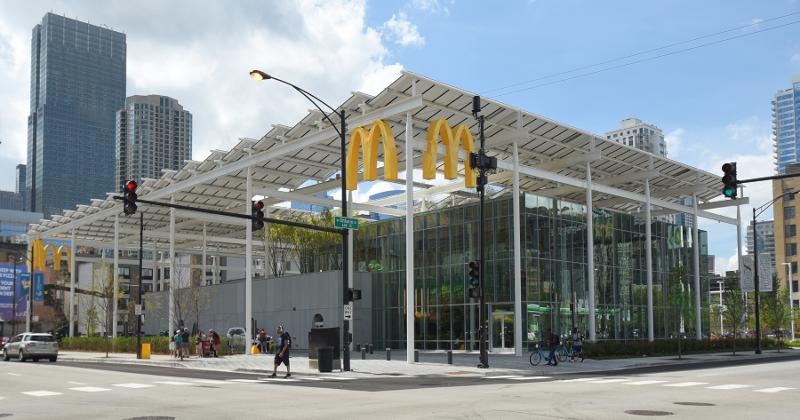 As protests spread around the country this week, restaurant chains have expressed support for Black Lives Matter and donated to local and national organizations that support African Americans—while vowing to take steps to make improvements in their own organizations.

On Wednesday, for instance, McDonald’s sent a message across its social channels with the names of Trayvon Martin, Michael Brown, Alton Sterling, Botham Jean, Atatiana Jefferson, Ahmaud Arbery and George Floyd—African Americans killed either by police officers or others—calling them “one of us.”

“We do not tolerate inequality, injustice, or racism,” the message said, ending with “Black lives matter.”

They were one of us:

McDonald’s also made a $1 million donation to the NAACP and the National Urban League. “Now is the time for our brand to raise our voice and speak up,” Morgan Flatley, chief marketing officer for McDonald’s USA, and franchisee Vicki Chancellor, said in a message to the company’s U.S. system provided to Restaurant Business.

Several other chains have taken similar steps. The company’s rival, Wendy’s, also tweeted in support of Black Lives Matter on Wednesday and said it was donating $500,000 to support social justice, youth and education in the Black community, starting with the Thurgood Marshall College Fund.

“We know we have a lot more work to do than a donation,” the company said.

Seattle-based coffee giant Starbucks, meanwhile, said on Thursday that its Starbucks Foundation is donating $1 million to organizations promoting racial equity that are nominated by employees.

But the company also said it has partnered with Arizona State University to design anti-bias resources and training that can be accessed by anyone for free.

Chipotle Mexican Grill, meanwhile, on Friday said that it is donating $1 million to support “organizations advocating against systemic racism,” starting with $500,000 to the National Urban League.

CEO Brian Niccol said in an email that the company is “committed to learning and listening to ensure we’re fostering an inclusive environment,” noting that “listening sessions” are taking place across the organization to understand how it can provide equal opportunities.

Also on Friday, Panera Bread sent out a tweet that said simply “words are not enough” before vowing to support the Urban League of Metropolitan St. Louis with a donation. The St. Louis-based chain also vowed to “accelerate our diversity, equity and inclusion strategy.”

The executives of numerous restaurant companies have made statements in support of Black Lives Matter and noting that the country has work to do.

Jose Cil, CEO of Burger King owner Restaurant Brands International, said in a LinkedIn post that the company in the past year has “worked toward improving diversity and inclusion with a renewed energy.”

“It’s on us to make sure we’re living our values and doing everything we can to support equality,” he wrote.

On Saturday, Jack in the Box said that it has “taken the time to listen and learn” over the past week.

“We understand we have a lot of work to do as an organization,” the company said. “We are working to make our company and communities more equal and just.”

The most powerful statement, however, came from the company's retiring CEO Lenny Comma, who leaves as the only African American chief executive of a major publicly-traded restaurant company.

“I am a Black man, and husband and father to my Black family,” he wrote in a message posted Saturday on the company’s social media feeds. “I am also the current CEO and chairman of Jack in the Box. My heart breaks for what so many in my community have had to ensure. We have one simple desire, to live life without fear and injustice. Isn’t that a basic existence that all of us can relate to? I truly hope that one day we can.”

“I am encouraging everyone to educate themselves so that we may be empathetic toward one another’s experiences,” he added. “I hope that you will join me in my desire to see real unity and equality for all of us.”

UPDATE: This story has been updated to add Jack in the Box's statement.