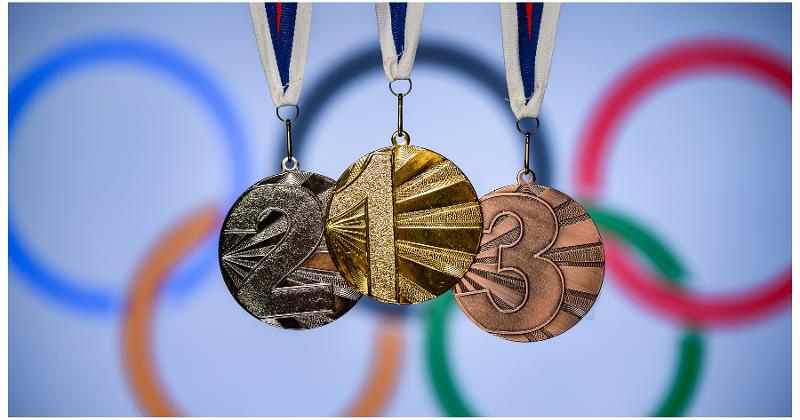 Operators are targeting followers of the Tokyo Games with sales enticements as varied as the contests themselves. Their efforts range from little more than a nod—Chipotle’s switch from silver to gold foil wrappers for its burritos—to a week’s worth of potential traffic boosters from BJ’s Restaurants.

The stakes will be high, according to virtual-concept incubator Nextbite. Its research shows that 81% of Americans intend to watch the Olympics, or more than twice the 38% of the population who tuned into this year’s Super Bowl.

In the past, strong TV viewership was cited by restaurants as a sales dampener, a phenomenon dubbed the Olympic Effect.  According to that assessment, consumers stayed home to watch key events instead of venturing out to a restaurant. In addition, the strong viewership bid up the cost of TV advertising, pushing that promotional option beyond the reach of many chains.

But the XXXII Olympiad is the first to be held after several sea changes in consumer behavior. For one thing, demand for off-premise has increased exponentially since the 2016 games were held in Rio De Janeiro, with many chains now collecting 20% or more of their sales from delivery and takeout. Indeed, 78% of American consumers intend to order delivery at some time during the Games, according to Nextbite, the parent of the delivery-only concepts Firebelly Wings and Crave Burgers.

In addition, the battlefield for restaurant marketing has shifted from the TV airwaves to social media, where smaller operations can muster attention sometimes as readily as the big brands. Loyalty programs have also proliferated and risen in importance, providing even small companies with a new promotional option.

Here’s a sampling of how Olympics-related restaurant marketing looks in 2021.

Ike’s podium prizes: Members of Ike’s Rewards, the loyalty program for Ike’s Love & Sandwiches, will get a $3 credit per week if an American wins a gold medal at the Tokyo Games. A silver medal earns members a $2 credit, and a bronze snags a $1 discount.

Chipotle drops delivery fees: Patrons who order delivery via Chipotle Mexican Grill’s app or website won’t have to pay the usual fee through Aug. 1, the chain announced right before the games started last week. The charge is waived on orders ranging from $10 to $200. Customers may still pay the higher menu prices carried by some delivered items.

Chipotle is also offering several digital specials via a website set up for the Games, Chipotle Team.  The spotlighted dishes are presented as the favorites of various U.S. athletes competing in the games.

The brand is also changing out the silver foil wrappers used for its burritos, a signature of the chain, with a gold version. “Our gold foil is symbolic of our support of American athletics and commitment to providing Real Food for Real Athletes,” said CMO Chris Brandt said in a statement.

BJ’s: ‘Come watch with us’: The BJ’s casual-dining chain is suggesting its bars and dining rooms as ideal places to watch the games. To sweeten the appeal, the brand is offering a different deal on Monday through Thursday, apparently during the two weeks of the games. On Mondays, onsite customers can get a 50% discount on a large deep-dish or tavern-cut pizza, along with $5 margaritas.

On Tuesdays, wine is half-priced, and the chain’s signature Pizookie dessert is priced at $3.

Wednesday’s deal is a $10 price for loaded burgers and unlimited fries.  Signature beers drop to $4 a serving.

On Thursdays, the chain’s signature baby back ribs and slow-roasted Tri-Tip dish are priced at $14.95. Included are two sides and a Pizookie. A full rack of ribs sells for $19.95.