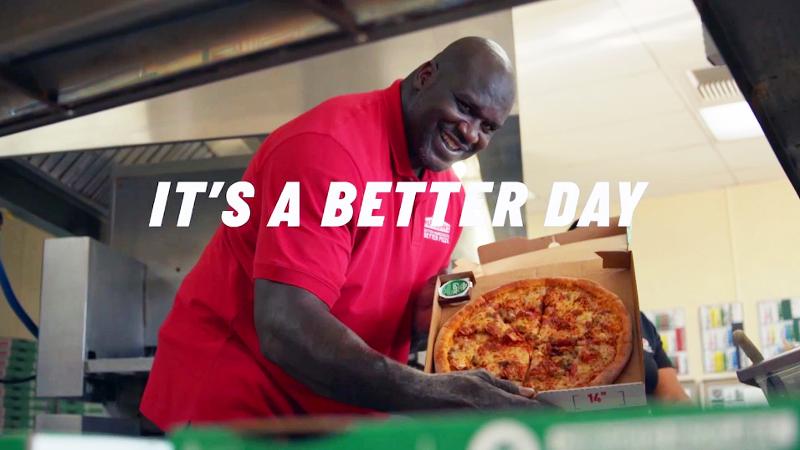 Papa John’s will keep Shaq around for at least three more years.

Shaquille O’Neal, the former NBA player who has had a more lucrative post-playing career as a pitchman and investor, signed a new three-year endorsement deal for the pizza chain worth more than $11 million in cash and stock, according to a federal securities filing on Thursday.

The deal also features a royalty arrangement that can increase the value of the deal. O’Neal will get $5.625 million in cash over the three years, starting out at $1.75 million in the first year and increasing to $2 million by the third.

He can earn more, however, if people buy a lot of Shaqaroni Pizzas. Papa John’s agreed to pay O’Neal a royalty payment of 20 cents per Shaqaroni Pizza sold if that amount exceeds the cash payment in a given year.

O’Neal will also receive 55,898 in restricted stock, which will gradually vest over a three-year period. That stock is worth $5.6 million based on Thursday’s trading price.

O’Neal initially signed a deal with Papa John’s in 2019 as the company was working its way out of a bad, two-year funk stemming from controversies surrounding its founder and former spokesman John Schnatter. O’Neal became a franchisee of the brand as well as a director and a spokesman.

At the time, the deal was worth $8 million. But it’s safe to say the company is thrilled with the results. Same-store sales turned positive the next quarter after the O’Neal agreement was announced and have been positive since then—aided, clearly, by a pandemic that has shifted sales to delivery.

According to the deal terms, O’Neal will provide at least eight “service days” for Papa John’s every year, including production days with the chain’s creative agency and various public appearances at company and community events. He will also post company-created posts on his social channels and will make himself available for Papa John’s-related media interviews every year.