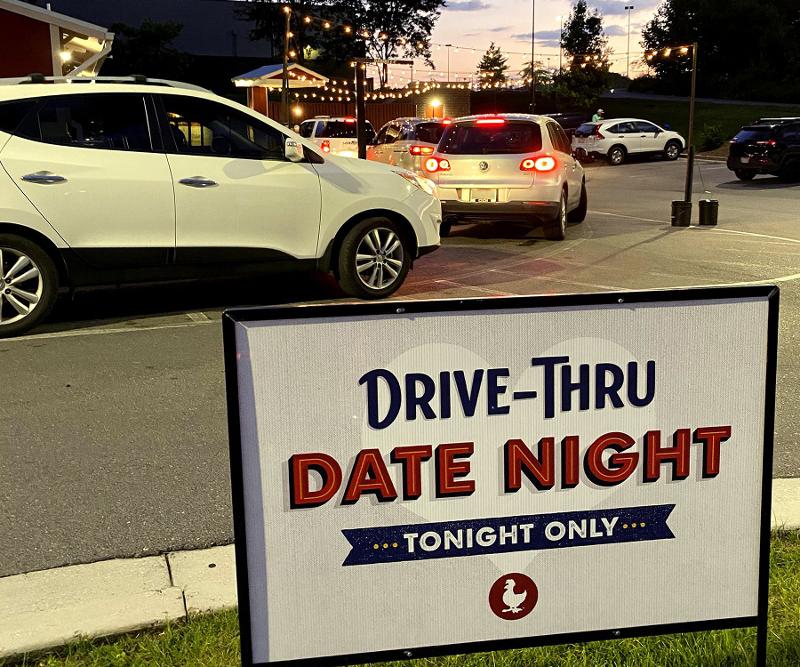 With most of professional sports at a standstill, what’s a sports-bar chain to do in the age of COVID-19?

Before 60-unit Buffalo Wings & Rings resumed on-site dining, the TV-studded concept was pulling 80,000 participants to its weekly three-hour Thursday night virtual happy hours on Facebook Live. Each of the seven events had a different theme and trivia contest, and “attendees” could form themselves into teams.  Just as in most happy hours, fans could get half-price drinks and a few appetizers to munch—albeit via delivery or takeout—as they socialized.

“We received over 20,000 comments,” says CEO Nader Masadeh. “At one point we offered coupons. We saw about 1,500 redemptions and close to $40,000 coming in those nights from these events.”

The wings specialist hasn’t been the only restaurant concept to brainstorm ways of observing social distancing while providing some of the experiential element that was part of their DNA in pre-pandemic times.  Sports and other forms of guest amusements were early casualties of the crisis—a minor sacrifice when concepts were limited to takeout and delivery, and one that was manageable with a dash of creativity.  A challenge of a different magnitude now looms as dining rooms reopen and outdoor seating is okayed in many markets. Chains are trying to figure out what they’ll do inside reconfigured seating areas once the initial elation of dining out again wears off.

Options are limited; In virtually every reopened state, live music and even old standbys like pool are expressly banned for the foreseeable future. The walls may be covered with flat-screen TVs, but most are showing golden sporting moments from the past or second-tier attractions such as horse racing.

When it comes to hatching other amusements meriting a customer’s attention and business, the industry is proving more open-minded than the booker for “America’s Got Talent.”

Outdoors, “we’ve done everything from live music to crawfish boil,” says Chris Elliott, CEO of the sports bar Beef ‘O’ Brady’s and its high-volume casual sister concept, The Brass Tap. “Cornhole contests, tailgate trivia nights, car shows, motorcycle rallies. A lot of locations—about 13% of the system–have been allowed by their landlords to put tents in their parking lots or in adjacent areas.” And outdoors, the entertainment options stretch wide.

Now that all but two of Beef’s 130 units have reopened a portion of their dining rooms, bringing same-store sales to within 8% of year-ago levels, “a lot of it has to do with what franchisees are allowed to do by the states,”  says Elliott. Many have opted for Chive TV, the service that airs the homemade blooper-type video clips that have spawned memes like Grumpy Cat and Charlie, the British toddler who bites his brother’s finger. Their TVs also show whatever repeats are aired by the major sports channels.

Dave & Buster’s is still deciding what to show on its Wow Walls, the banks of TVs that have been an entertainment staple of the big-big box fun-and-food concept. “Live sports broadcast will return at some point,” CEO Brian Jenkins recently commented to financial analysts. “However, it seems like those first games—or in some cases, entire sports seasons--will be played in empty stadiums. We believe this creates a unique opportunity for us.”

The concept has also restarted 75% of its games with the resumption of limited dine-in service, with the devices separated to meet social-distancing dictates.

Zaxby’s, the chicken fingers concept, opted for a touch of romance to amuse its customers. A unit in Knoxville, Tenn., recently featured Drive-Thru Date Night, when couples waiting to pull up to the window were serenaded by violinists, presented with roses and offered the services of a caricature artist. The extras were intended to lure patrons for a try of the chain’s new double-sized menu item, Zaxby’s Pack for Two.

Arooga’s Grille House & Sports Bar opted not to stray from sports programming, though the delivery was considerably different from pre-COVID presentations. During the first week of June, two branches of the chain set up theater-scale movie screens in their parking lots for the airing of an Ultimate Fighting Championship (UFC) bout. Patrons were encouraged to bring their own chairs and observe social distancing. They could order drinks from a walk-up bar.

Buffalo Wings’ Masadeh said his brand is waiting to see if professional sports leagues will find a way to resume games without danger to players or fans. “There have been lots of rumblings and people are very thirsty for that sort of thing,” he says. Right now, the pickings are slim. Premier League, the European soccer league, okayed the resumption of games on June 17. But Major League Baseball failed to reach an agreement with the players’ union, making a resumption of games unlikely for the 2020 season.

Right now, Masadeh says, the brand isn’t feeling pressure to cook up other types of entertainment, in part because its earlier forays kept the brand top-of-mind with guests. Now that dining rooms have reopened, same-store sales are negative by only one or two points, he says, and there’s typically a waiting list for available seats.

Beef ‘O’ Brady’s Elliott also sees some leeway at present for experiential concepts like his. “What people really want is to get back out,” he says. “It’s pleasing that we’re trying all these things, but I don’t think it’s what makes them come out or not.”

Indeed, the activity they seem to most crave is interacting with fellow customers, and they don’t need the lubricant of sports or other activities at present. “The first week that we reopened the dining rooms, customers were getting up from their tables and greeting old friends, and we had to ask them not to do it,” he says.