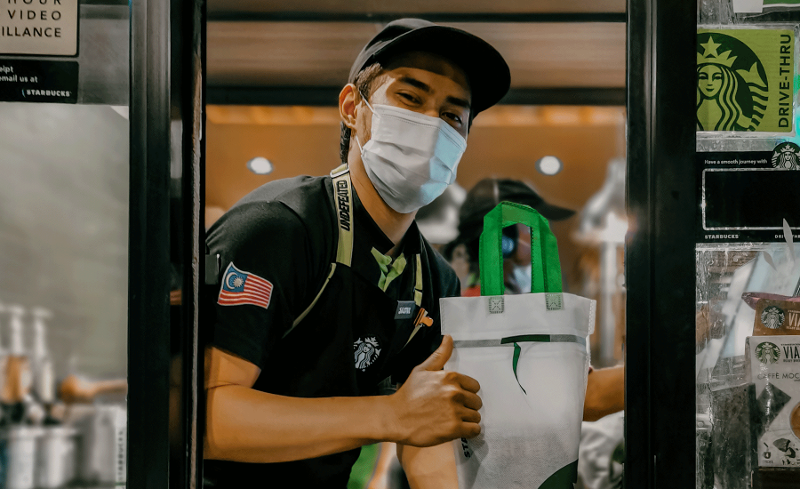 Starbucks wants its customers and employees to vote this November.

The Seattle-based coffee giant on Thursday announced a series of measures designed to promote safe voting and encourage both employees and customers to register. The company also vowed to advocate for policies that maintain safe access to voting in the U.S.

In the process, the company is promising to take more steps to further racial equity and provide data on hiring strategies. “Starbucks will not wait for change,” CEO Kevin Johnson promised in a letter to employees on Thursday. “We will make change on our own.”

The company promised its nearly 200,000 workers, which it calls partners, that they will be able to vote in the upcoming election. The company has provided an online portal to provide workers with resources to support their civic engagement, including information on voter registration, mail-in ballots and making this year’s election safe.

“No partner will have to choose between working their shift or voting on or before election day,” Johnson said. “We’ll ensure you have the tools and time necessary to register and cast your vote.”

And Starbucks said it would provide resources to customers on its app. The company will provide information on the app about where they can vote and how to register. It will also work with its licensees on ensuring their customers are reminded about voting.

“The upcoming election is a reminder that we, as citizens, play an active role in our society by simply getting involved and voting,” Johnson wrote.

Starbucks is working with a handful of organizations on the effort, including the NAACP, Civic Alliance, the Leadership Conference on Civil and Human Rights, Hispanic Federation, Iraq and Afghanistan Veterans of America and the Born This Way Foundation. The company stressed that its effort is nonpartisan, and Johnson said that “who you vote for is a very personal decision that you make as a citizen.”

The effort is also targeted at underserved communities. It is part of the company’s effort to take steps to improve equity and inclusion and advocate for such issues. “We know that barriers exist, notably in Black and Brown communities throughout the nation, that lend to systemic racism and require greater voter access and protections,” Johnson wrote.

In his letter, Johnson said the company would in the coming weeks talk about commitments to further racial equity. It also promised more transparency regarding the diversity of its hiring and advancement decisions.

And the company plans to work with civil rights groups, nonprofits, governments and first responders “who share our believe that every single human being--including Black, Indigenous and people of color--feels safe, welcome and respected,” Johnson wrote.