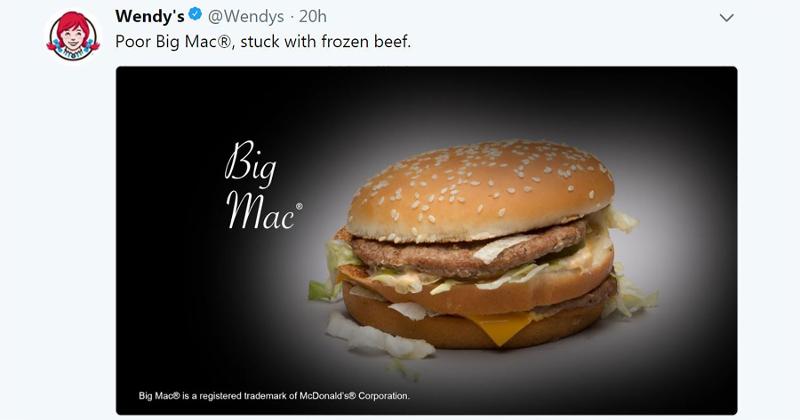 What does Wendy's think about McDonald's move to fresh beef quarter-pound burgers? Let's check with Twitter:

Hey @McDonalds, heard the news. Happy #NationalFrozenFoodDay to you for all the frozen beef that's sticking around in your cheeseburgers.

McDonald's earlier this week revealed that it is serving fresh beef in several markets and 3,500 locations, with plans to expand the program to nearly all of its 14,000 U.S. locations by early May.

But the company is not, at least for now, planning to expand that program to the burgers it makes with smaller patties, notably its flagship Big Mac.

That was not lost on Wendy's, which has long used fresh beef in all of its burgers and makes them to order.

So, Wendy's thread includes pictures of some of those smaller burgers—that were not dressed up for photography—that will still be served using frozen beef.

McDonald's use of fresh beef threatens Wendy's biggest selling points. But as long as McDonald's limits that use to just one size of patty, Wendy's will likely keep having fun with frozen beef on Twitter.