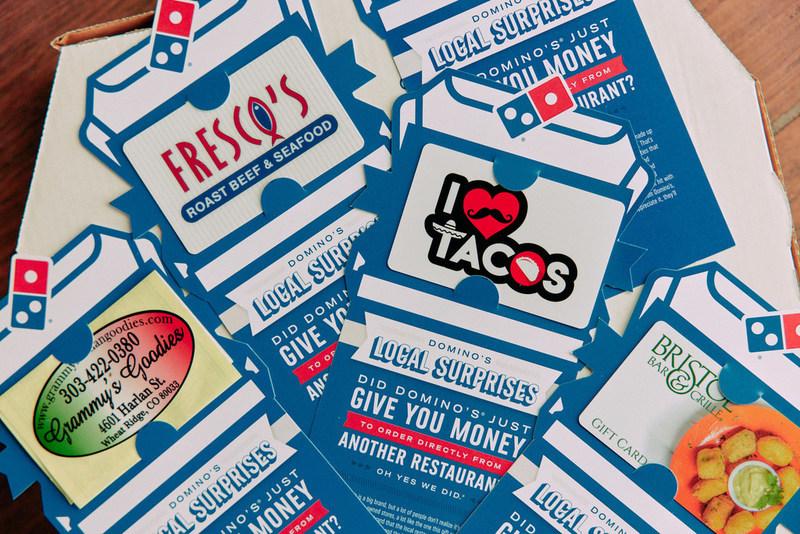 “We love that Domino’s has supported other restaurants and driven their customers to these mom-and-pops that could really use the help,” Irene Li, owner of Mei Mei in Boston, said in a statement.

It’s not the first time Domino’s has used its marketing weight to drive business to other restaurants. In 2019, for instance, the Ann Arbor, Mich.-based pizza chain started giving loyalty customers points for visiting other pizza concepts.

This time, however, the company is using the cards to highlight the fees restaurants pay for third-party delivery companies like DoorDash and Uber Eats.

Domino’s increasingly views such companies as major competitors. “Frankly, the biggest competition over the long term for us in delivery is that third-party aggregator channel,” CEO Ritch Allison said in July.

The company has recently started publicizing the fees such companies charge to customers. Domino’s recently had a campaign offering delivery customers “surprise frees,” or free items added to their orders, to point out those fees.

This time, Domino’s marketing is aimed at the fees providers charge to restaurants, which can range from 10% to 30% of the amount of an order.

Small restaurants, in particular, have bristled at such charges, which has led to caps on fees in markets such as New York City as the service becomes more important to restaurants’ overall revenue model.

“Our franchisees benefit from being part of a brand that has operations and technology built for delivery,” Russell Weiner, chief operating officer for Domino’s, said in a statement. “However, many small restaurants don’t have a system for delivery. Meanwhile, third-party delivery apps are charging local eateries high fees to deliver, which are taking away much of their earnings.”

Domino’s also urged customers in a release to “skip the delivery apps and order directly from a local restaurant” if they’re not ordering from the pizza chain. The company has also made a video featuring some of the owners of restaurants whose gift cards were given out.

Domino’s has taken a stand against third-party delivery, refusing to use such services even as rivals eagerly use them to supplement their own services and gain access to new customers.

Instead, the chain has been building more locations to improve delivery times and increase carryout sales in a strategy it calls “fortressing.” And now, apparently, it is pushing back hard against the delivery providers’ fee practices.