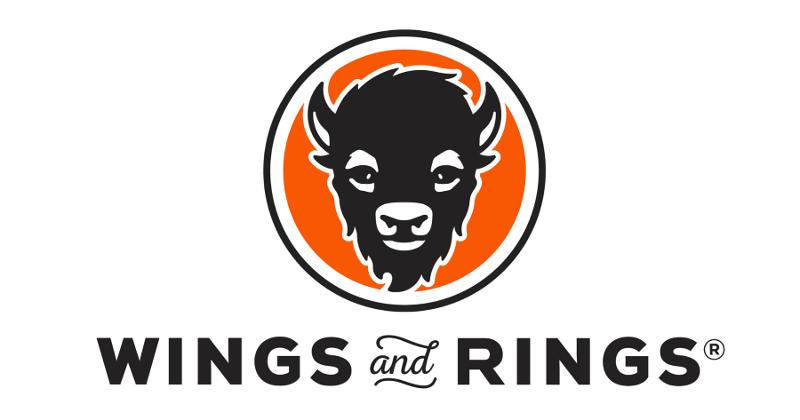 Wings & Rings dropped the word 'Buffalo' from its name and refreshed its look. / Images courtesy of Wings & Rings

People would try to use BWW gift cards at Wings & Rings or write reviews directed at Wild Wings on its web pages. Some even enjoyed an entire meal thinking they were at a BWW, and then wondered why the food was different when they visited an actual B-Dubs, said Diane Matheson, VP of marketing for Wings & Rings.

So finally, after years of thinking about it, Wings & Rings officially dropped the “Buffalo” from its name.

“As a brand, we are trying to differentiate ourselves from them from a food quality and service standpoint, so it doesn’t help us to be looped into the same brand as them,” Matheson said.

The chains were founded in Ohio just two years apart—Wild Wings in Columbus in 1982 and Wings & Rings in Cincinnati in ’84. Early on, Wild Wings made prominent use of “BW-3” in its branding, which stood for its original name, Buffalo Wild Wings & Weck. But over time, it transitioned to highlighting its full name, leading some to mistake it for its Ohio-based Buffalo wing counterpart.

“As they’ve changed their name over time, we’ve gotten a little bit closer to one another,” Matheson said.

Wings & Rings’ shortened moniker coincides with a new logo and store design, the first of which opened in Milford, Ohio, last October. 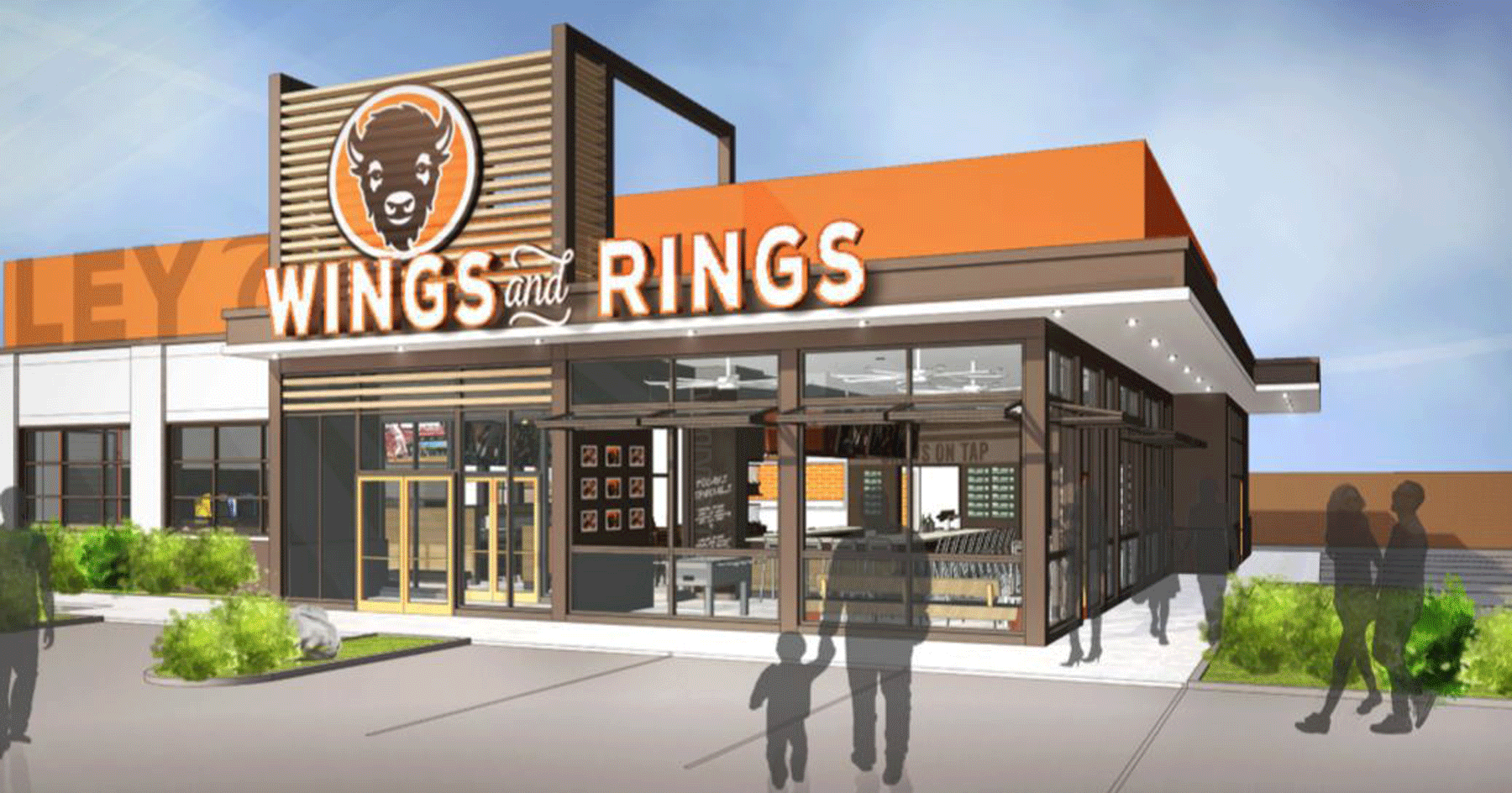 Though it eliminated the word “Buffalo,” Wings & Rings’ logo still features the face of an American bison—but it got a makeover as part of the rebrand. The new mascot has shorter ears, a modified face, a “hairstyle,” and an overall friendlier and more energetic look. Its predecessor looked “a little mean,” Matheson said, with harder edges and pointier horns.

The idea is to communicate to guests that “we’re not bro zone, we’re not guys only. We’re kind of this club-level restaurant and bar that we want the man and his family and friends to feel welcome coming into,” Matheson said.

The chain tested the fresh look in a handful of new and existing stores over the past year and determined that it contributed to higher sales and traffic, Matheson said.

Many longtime fans of the brand didn’t even notice the change, she said—most already referred to it as Wings & Rings anyway. But it did attract people who weren’t familiar with it and who were open to an alternative to Buffalo Wild Wings.

“We definitely know we drove new guests and ones that were folks who would not have considered us before,” Matheson said.

The Wings & Rings name underscores the chain’s chicken wing bonafides, but the brand is hoping to use the “Rings” part to establish itself as more than just a wing specialist. The term originally referred to its fresh-cut curly fries, a foundational menu item that was nixed after proving difficult to execute at scale. After that, onion rings filled the void by default, though that wasn’t the chain’s intention.

“That became the association, but we see it as so much more,” Matheson said.

The company started to play up the “Rings” branding with new Chicken Ringer sandwiches, introduced this summer. But it also thinks about the image as a symbol for community and togetherness.

“It might be more story-based,” Matheson said, “but we will also have products around the rings,” like mozzarella rings, pretzel rings or even lazy susans creating a ring on the table.

Wings & Rings is working on updating the exteriors of its 57 domestic restaurants, a process that will take a couple of years to complete. Printed and digital materials will have the new logo by the end of next month, and updated packaging, delayed by supply chain backlogs, will arrive at the end of November.