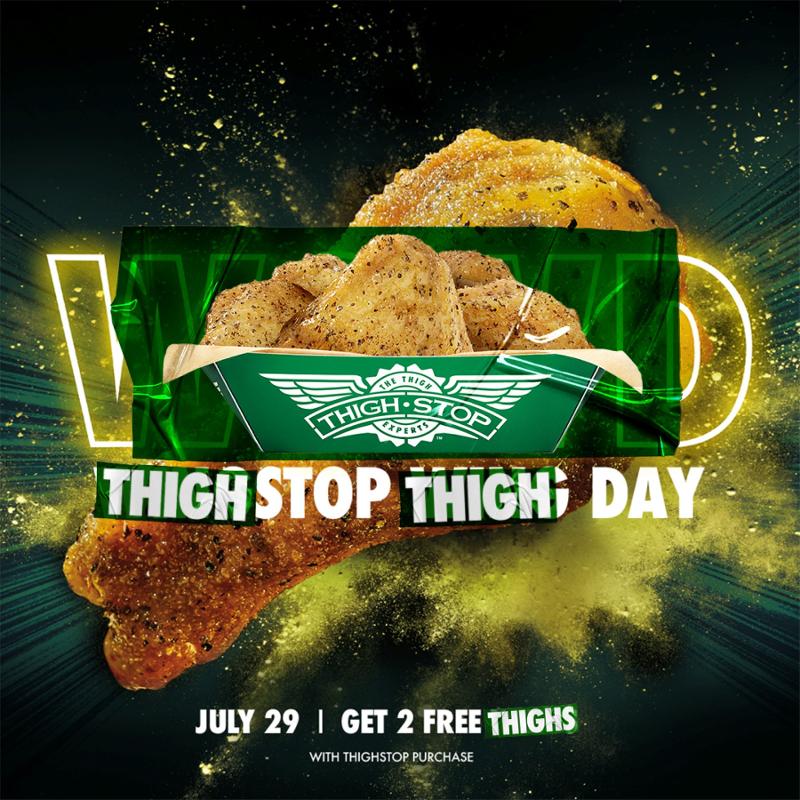 The fast casual, which debuted its Thighstop virtual concept last month, is giving out two free bone-in thighs with purchases over $15 on the big day. It is also launching a Jamaican Jerk BBQ flavor—available for a limited time—only for those ordering from Thighstop.com or DoorDash.

"National Chicken Wing Day is an important celebration for us and we would never want fans to miss out on an exciting event for any reason," CEO Charlie Morrison said in a statement. "The plan is to celebrate a little differently this year by still rewarding our fans with free food while encouraging them to try our crispy, juicy thighs for the newly-created 'Thighstop Thigh Day.'"

Last November, Wingstop announced a test of bone-in chicken thighs in seven cities. It was a move to counter the notoriously volatile wing market, which has recently seen shortages and massive price hikes. In June, the wing chain took what it had learned from those tests and turned it into the virtual brand Thighstop.

A Wingstop spokeswoman declined to provide any performance metrics for Thighstop Thursday, noting that the chain is scheduled to report its earnings on Wednesday and will provide an update then.

Through this promo, Wingstop is seeking to increase trials of its new virtual spinoff, which is available through all of Wingstop’s more than 1,400 locations.

The concept is part of Wingstop’s “whole-bird strategy,” in which it is trying to use more parts of the chicken and increase its price-controlled, contracted-based commodity purchases.

“Although Thighstop is in its infancy, we’ve been exploring bone-in and boneless thighs as center-of the plate options for some time now,” Morrison said in a statement last month.

Wingstop intends to eventually roll its Thighstop offerings onto the chain’s core menu.

“It could be a month, it could be three months,” COO Mahesh Sadarangani told Restaurant Business last month. “We’re just going to have fun with it. The initial feedback has been overwhelmingly positive.”