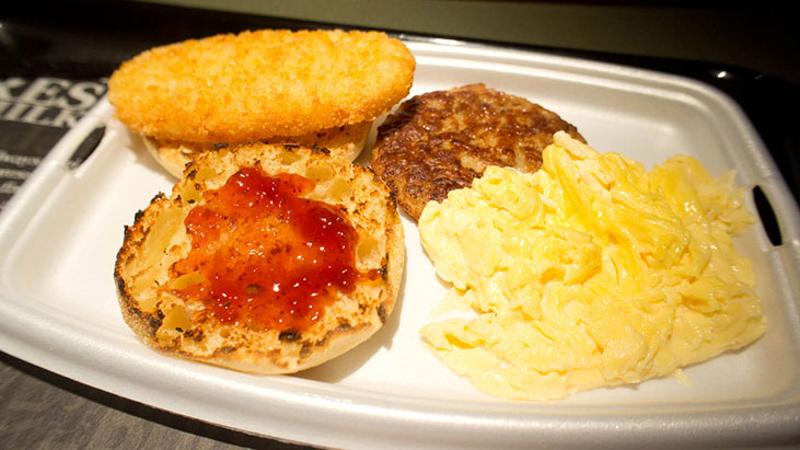 McDonald’s may expand the roster of breakfast items it sells throughout the day to include the platter-type options that are currently discontinued with the changeover to lunch, an executive told investors yesterday.

The chain’s full a.m. menu is currently being tested as an all-day option in selected stores, CFO Kevin Ozan told investors at a conference yesterday. Before the larger bill of fare can be rolled systemwide, operations will need to be simplified through the elimination of other items. He did not speculate as to what those items might be.

In the meantime, Ozan said, most markets will continue to sell either biscuit or muffin-based breakfast items.

All-day breakfast has been more of an accelerator of McDonald’s turnaround than some sort of magic elixir, Ozan stressed. He noted that the current lineup of products has brought back customers who stopped going to McDonald’s. Others are ordering the sandwiches as additions to their usual lunch or dinner choices.

The real benefit, he said, was the opportunity to close a hole in McDonald’s pricing. “What breakfast did for us is it filled a mid-tier price tier that we had a little gap in,” said Ozan. “If you think about our menu over the last couple of years, we had things at $1 or close to $1 in our core, and premium products. All-day breakfast helped fill that price tier a little bit.”

Ozan spoke at the Bank of America Merrill Lynch Consumer & Retail Tech Broker Conference, which was held this week in New York City.