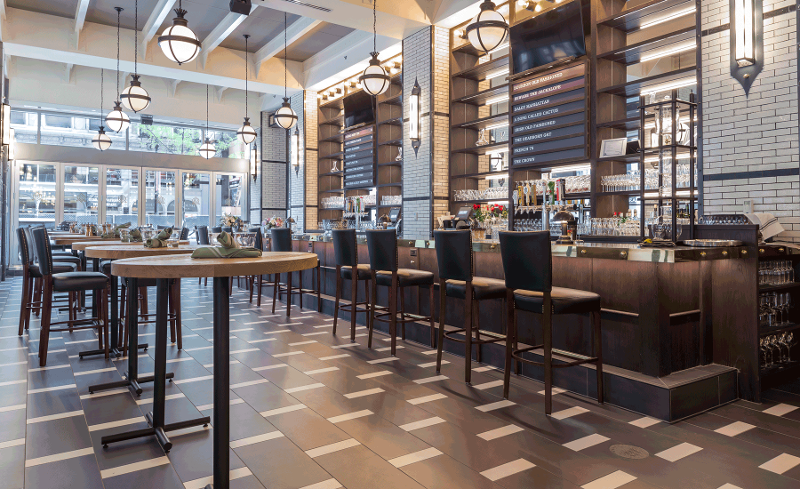 Tonight, at Vince Crysler’s restaurant in Hoboken, N.J., for the first time in a long while, there will be a small wine tasting. There will be live music. And all of the TVs, both inside and outside, will be showing Big East basketball.

And Crysler, who has been in the restaurant industry for 32 years, could not be happier.

“There’s so many new things that have happened in the last two months that have given us that hope,” said Crysler, CEO of 10-year-old Pilsener Haus & Biergarten. “We’ve seen a major uptick this week. Tonight, we’re geared up for a huge, huge night.”

On the one-year anniversary of the start of the pandemic in the U.S., operators are finally starting to feel bits of optimism creep in among the chaos and devastation of the past 12 months.

Pres. Joe Biden  signed a $1.9 trillion relief package Thursday that will include $28.6 billion in grants targeted at small restaurant operators. The country’s vaccine rollout, while slow and mired in logistical difficulties, appears to be picking up steam. Cities around the nation are reducing capacity restrictions for restaurants and bars. And, in many places, the weather is warming, leading to renewed interest in outdoor dining.

“Timing-wise, it couldn’t have come at any better time,” Crysler said. “It gives us hope and the ability to prepare for what we believe is a windfall of business. People want to get out. They want to get out and do the normal things they did before. Dining out is very simple, but it’s a big deal in people’s lives.”

Clodagh Lawless, co-owner of The Dearborn in downtown Chicago, said she is beginning to see a slow return of the city’s central business district. Her restaurant had been shuttered since November but re-opened this week.

“There’s a different air about town, really,” Lawless said. “With the vaccinations … Now, I feel like we’re heading toward some light at the end of the tunnel.”

Restaurateur Danny Meyer, CEO of Union Square Hospitality Group, tweeted Wednesday that the day had “delivered the most hopeful good news we’ve seen in a year.”

Meyer went on to list the Congressional approval of the stimulus bill, New York City restaurants moving to 50% capacity on March 19, climbing vaccination rates and spring weather in the air as reasons for his optimism.

Shayn Prapaisilp, whose family owns Chao Baan and three other restaurants in the St. Louis area, said he feels as if he’s had a 50-year restaurant industry career during the past 12 months. But he, too, is starting to feel some hope after a very long year.

“The folks who’ve been immunized, they’ve been coming in,” Prapaisilp said. “We’ve seen that demand is strong. Ticket numbers are up. People are having that extra appetizer, that extra cocktail. There’s definitely higher spend per ticket.”

But the optimism must be tempered with caution, many restaurant owners allowed.

Brian Tondryk, owner of two Bartoli’s Pizzeria locations in Chicago, said he is mindful the pandemic is not over yet. Tondryk was at a wake Wednesday, for the wife of one of his cooks who died of COVID and one of his drivers has lost two brothers to the disease.

Tondryk himself had coronavirus in October and had had two cooks contract the illness.

“I know it’s going to get better and I feel it,” Tondryk said. “It’s a cautious optimism. We’re not there yet and we’ve got to be careful.”