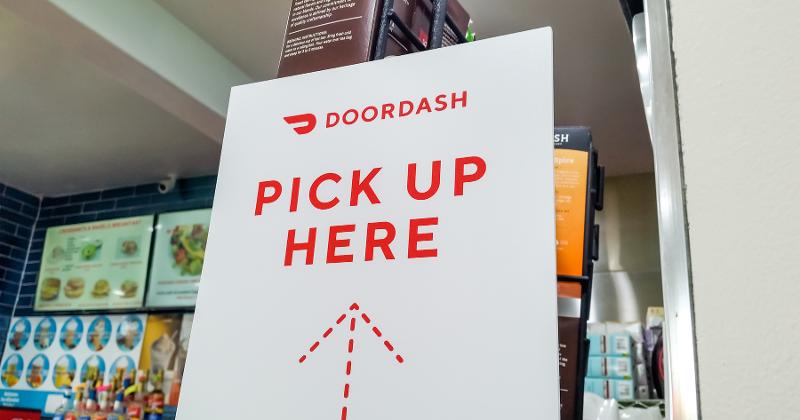 In shutting down dining rooms and forcing consumers to shelter at home, the pandemic created an ideal environment for food delivery. Now roughly five months removed from the start of the shutdown, a handful of reports and studies are shedding some light on the pandemic’s impact on the delivery business. Here are four key trends pulled from the latest research.

A lot of restaurants added delivery during the pandemic.

When dining rooms were forced to close across the country in March, many restaurants were thrust into innovation mode to generate revenue. A large portion (42%) added delivery as a result, according to research by finance services company Rewards Network. And 31% said they planned to continue to invest in the service, suggesting they think demand for delivery will stick around, according to Rewards Network.

Echoing that statistic, Grubhub said last week a net 25,000 restaurant partners had joined the platform since May for a total of 225,000.

DoorDash is solidifying its spot atop the third-party market.

While competition between third-party delivery providers has heated up, DoorDash pulled away from the pack during the pandemic, according to researcher Edison Trends. In May, DoorDash sales were up 110% since the beginning of the year, and it increased its market share to 47% from 42%, Edison said. Market shares of competitors Grubhub, Uber Eats and Postmates declined.

One reason for DoorDash’s surge could be that the company had been growing in the suburbs prior to the pandemic, and so was set up to capture the influx of business from people sheltering at home, said Hetal Pandya, founder of Edison Trends, which analyzes digital transactions from millions of consumers.

DoorDash also has been able to retain the largest share of new users during the pandemic. Among new DoorDash users in March and April, more than 70% returned to the platform for a second purchase, Edison found. And 14% of them made five or more transactions, the highest proportion among the big four providers.

People prefer to order delivery from the restaurant.

A study of consumer sentiment toward delivery pricing found that people prefer to order directly from a restaurant rather than a third party. The study by researchers Sherri Kimes and Chaoqun Chen measured consumers’ feelings toward various elements of a delivery transaction, including delivery fees, minimum order amounts and the delivery provider.

While the provider had only a minor impact on a consumers’ ordering behavior, people showed a preference for ordering directly from the restaurant rather than a third-party service. “This is an interesting finding and one that merits additional study,” the researchers wrote.

In a letter to shareholders last week, Grubhub noted its average order size during the second quarter was $39, an increase of 20% year over year.

That trend is happening across the board, Edison found. For instance, the average DoorDash order was about $36 in June, up from about $33 in January. Order sizes for the big four providers—DoorDash, Gruhub, Uber Eats and Postmates—were highest in May, falling slightly in June.

Families stuck at home during the pandemic could have contributed to the larger average checks, said Jessica Cooper, director of marketing and PR for Edison. Other factors could be higher menu prices or consumers ordering from different types of restaurants than usual, she said.