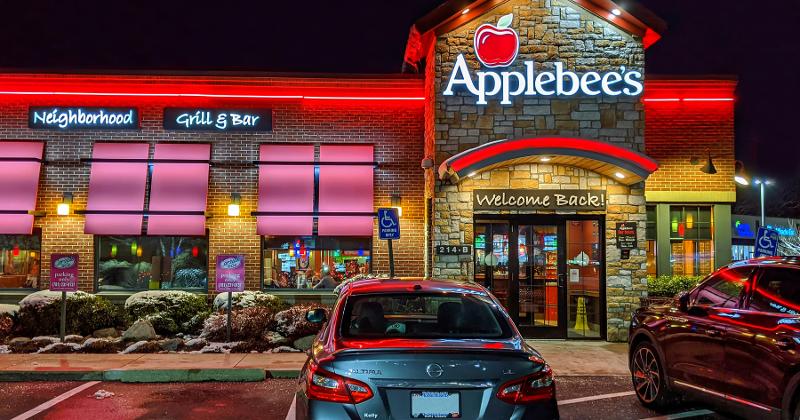 An executive at an Applebee’s franchisee has been fired over a leaked email in which he wrote that higher gas prices would allow the company to pay workers less.

Applebee’s corporate on Monday confirmed that Wayne Pankratz, executive director of operations for Apple Central LLC, has been terminated by the Kansas City, Mo.-based operator.

The situation began last week, when a leaked email sent from Pankratz’s address started making the rounds online. The message dated March 9 was sent to multiple colleagues and says that higher gas prices will lead more people to start looking for jobs, meaning Apple Central could offer them lower wages.

“Besides hiring employees in at a lower wage to decrease our labor (when able) make sure you have a pulse on the morale of your employees,” the email read, in part.

It drew widespread condemnation online and led some managers at an Apple Central-owned Applebee’s to quit last week, causing the restaurant to close temporarily, the Lawrence Journal-World reported.

Both Applebee’s corporate and Apple Central disavowed the message.

"This is the opinion of an individual, not Applebee’s,” said Applebee’s COO Kevin Carroll in a statement to Restaurant Business. “The individual has been terminated by the franchisee who owns and operates the restaurants in this market. Our team members are the lifeblood of our restaurants, and our franchisees are always looking to reward and incentivize team members, new and current, to remain within the Applebee’s family.”

All but 69 of Applebee’s 1,578 restaurants are owned and operated by franchisees, who have the ability to set wages in their markets.

Apple Central had not responded to a request for comment as of publication time. But spokesperson Scott Fischer told the Kansas City Star that Pankratz’s email “absolutely no way, shape, or form speaks to our policies or our culture, or anything like that with our brand.”

The incident comes as many restaurants have raised wages over the past year in order to better compete for workers. This has cut into operators’ profits, and many have raised menu prices to make up for it.

Meanwhile, gas prices in the U.S. have spiked over the past month to record highs, placing yet another cost burden on Americans who are facing inflation virtually across the board.

Pankratz apparently saw those dynamics as an opportunity to cut costs at his restaurants.

“We all saw businesses hiring team members at $18-$20 an hour. They will no longer be able to afford to do this,” he wrote in the email. “If those costs cannot be passed onto the customer in terms of menu price, the only area they can cut sizable costs will be in labor.”

Feds take aim at high meat costs, but for the long range