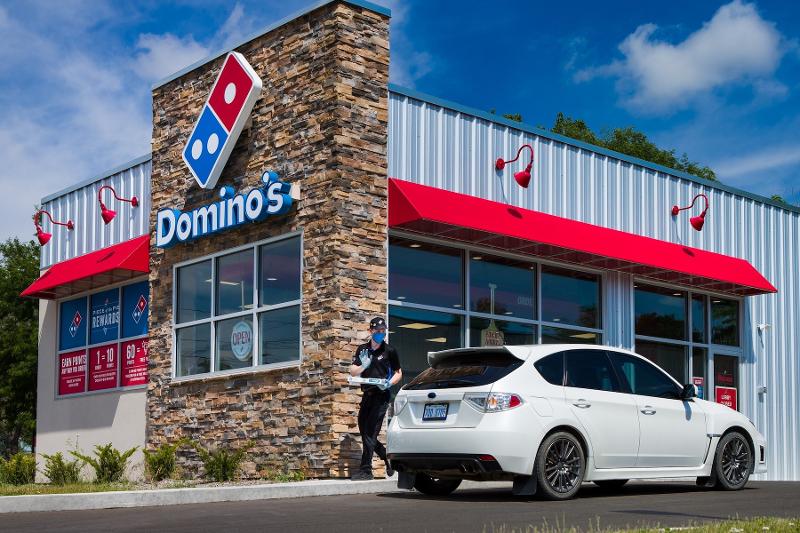 A second wave of coronavirus infections is not inevitable for the United States, health authorities say, but they point to history and what’s happening elsewhere in the world as strong proof of the possibility. Recent spikes in new COVID-19 cases in Europe, Asia and Australia have led some leaders there to declare their nations are already in that secondary onslaught. Meanwhile, officials of U.S. states have hypothesized that fall and winter weather will lead to more congregating indoors, undercutting social distancing. Ditto for the reopening of schools, colleges and universities. They point to what happened at newly reopened institutions such as the University of Alabama, where 560 students and staff members tested positive for COVID-19 within the first week of the new semester. That led to the shutdown of bars and a suspension of restaurant bar service in Tuscaloosa, home to one of the university’s three campuses.

As operators in California have attested, secondary dining-room shutdowns can be devastating, with supply purchases and restaffing efforts largely squandered because of on-premise sales being re-flattened. But the shock is likely not as crippling as it was back in March and April when restaurateurs were thrown into a completely novel situation.  This time around, they can draw on what they’ve learned from the first COVID wave.

Here are some of the effective strategies and tactics we’ve encountered in covering the restaurant industry’s claws-out struggle over the last five months.

Reconsider the no work/no job/no pay mindset
Restaurateurs might have laughed off the heresy back in February of keeping employees on the payroll when there was no need for their labor. More recent months have shown a definite correlation between maintaining employer-employee relations and quickly ramping a chain’s sales back to levels where units are profitable again.

Bloomin’ Brands’ decision to forgo layoffs and keep every staff member on the work roster was a key reason why the parent of Outback and Carrabba’s was able to reopen dining rooms as soon as states started lifting restrictions on dine-in service, according to CEO Dave Deno.  “As the dining rooms reopen, we have teams ready to go,” he told financial analysts in early May, just as on-premise service was starting to get a green light again.  “Our hiring and training costs are minimal.”

Texas Roadhouse similarly found that an investment in idled employees yielded significant benefits for the brand when patrons were able to sit down again for a steak and brew. The chain has been one of the fastest within casual dining to rebound. A key, according to CEO Kent Taylor, was spending an unbudgeted $4.7 million on compensation and benefits during the second quarter, when dining rooms were closed for much of period. Taylor, the chain’s founder and principal shareholder, also contributed $5 million of his own money to an aid pool for displaced hourly staff members.

Those multi-billion-dollar corporations have pockets deep enough to extend past the knees. But smaller operations similarly found the dollars to help employees whose incomes were slashed because of the pandemic. First Watch, the 400-unit breakfast-and-lunch chain, had an easier time of reopening restaurants because it agreed to pay managers a bonus equal to what they didn’t make while all company restaurants were closed for 45 days, according to CEO Chris Tomasso. Shake Shack paid its managers a 10% bonus for the second quarter and added the retention glue of guaranteed bonuses for Q3 and Q4. All employees have been promised a year-end “thank-you” bonus of $250 of $400. That’s in addition to a 10% bump in their pay between April and mid-August.

Places that didn’t or couldn’t provide additional cash tried to maintain strong ties to employees while dining rooms were closed by offering free to-go meals once a week or even daily. The occasions provided an opportunity for managers and supervisors to touch base with former (and hopefully future) associates.

Cut your menu…
Nearly a third of restaurants (28%) shrank their menus after the pandemic hit, according to the loyalty marketing company Rewards Network. Included were operations ranging from Taco Bell to Ruth’s Chris to Terrapin, an independent restaurant in Rhinebeck, N.Y., that has been advertising the reductions as proof of its commitment to food quality.

Operators say they’ve been surprised by how readily the cutbacks have streamlined operations, shaved food and labor costs and quickened throughput—typically without dampening sales. McDonald’s said it reduced service times via the drive-thru by 15 seconds in part by dropping its lightest sellers. Streamlining enabled managers of Olive Garden, LongHorn Steakhouse and Darden Restaurants’ other brands to handle kitchen duties when hourlies were furloughed after dining rooms closed, according to Darden CFO Rick Cardenas.

Narrower menus also mean buying fewer ingredients, so kitchens can ramp up quickly and lighten what they lose if dining rooms are darkened again. 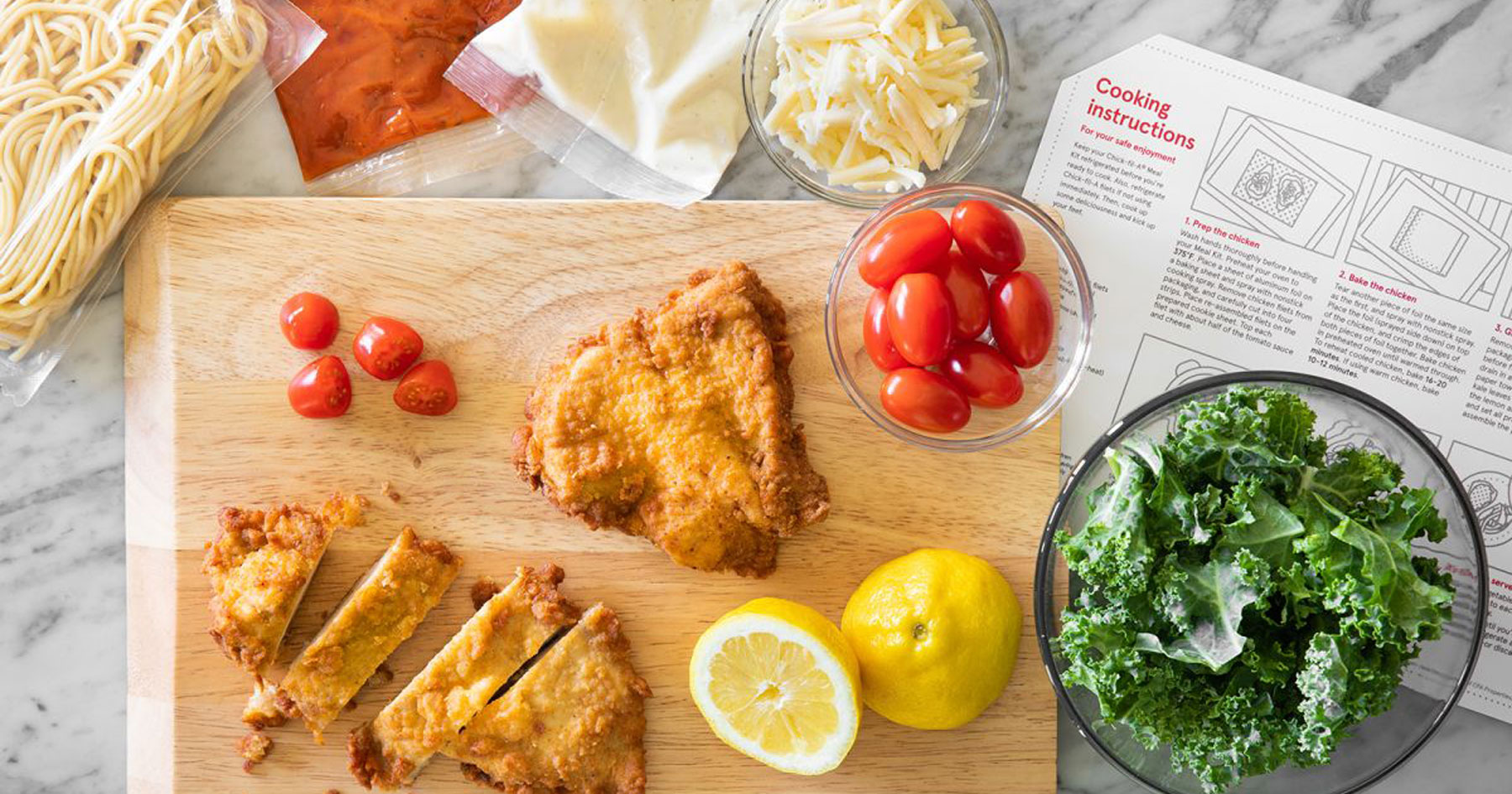 …But offer family-sized values
Restaurants wouldn’t be the only sector to suffer financially if a second COVID wave tips the economy into a deeper wobble. Households were forced to do some serious belt-tightening as tens of millions of people were laid off during the first go-round. Smart operators responded by offering attractively priced family-sized meals, either ready to eat or in need of some finishing before being served. Texas Roadhouse purposely priced its version just slightly above grocery-store levels, knowing that families would be looking to get the most for their limited food dollars.  One of Denny’s Shareable Family Packs goes for $5.99. At the other end of the spectrum, the diner chain offers a meal for up to five people for $42.99, or about $8.50 a head. The most expensive bundled meal on the menu of BJ”s restaurants, a steak and salmon combo for four, is priced at $69.95.

The meals may not stay on your menu for long. As normalcy returned to Texas Roadhouse, sales of family packs fell to below 1% of unit sales.

Offer curbside delivery
Delivery may be the service that’s snagged headlines as options have increased exponentially, but operators attest that curbside to-go—essentially walking takeout orders to customers’ cars so they don’t need to leave the vehicles—has been the true big gainer during the pandemic. If that channel sounds redundant to drive-thru service, consider that such lane champions as McDonald’s and Chick-fil-A now offer curbside delivery. Domino’s, the king of home delivery, has also added it. Even Texas Roadhouse, a brand that zealously touts the enjoyments of dining on-premise, has enthusiastically embraced the delivery of meals to customers’ cars. Cracker Barrel and The Capital Grille, too.

Proponents say the service is particularly popular during the pandemic because it eliminates human-to-human contact. Orders are placed via phone or computer, patrons don’t have to leave the safe atmosphere of their cars, and runners are willing to put the takeout bags right into the trunk or backseat.

Use your parking lot or sidewalks any other way you can

Outdoor dining has been as much of a lifeline for some operations as off-premise sales. Just ask The Cheesecake Factory. When California reclosed dining rooms in mid-July, Cheesecake restaurants there were able to hold onto 90% of their sales by figuring out ways to seat customers outside. Open-air seating for BJ’s Restaurants, another California-based casual chain with a multitude of home-state restaurants, generated $26,000 on average in weekly sales post-reclosing.

Those brands benefited from having many of their restaurants in warm-weather locations. A TGI Friday’s operator in New Hampshire had no trouble convincing guests to brave the possible snap of an early-summer evening for an outdoor meal. With the addition of parking lot tents, the operator’s three restaurants generated sales exceeding what they took in a year earlier.

The changeover was hardly a logistical moonshot, according to chain CEO Ray Blanchette. “The governor said that we could open patios, but our restaurants don’t have a lot of patios, especially in New Hampshire,” he told Restaurant Business. “So we went out and rented party tents and put them in the parking lots.”

Other operators have resorted to yurts, plexiglass structures and tables with umbrellas. Still others have turned their parking lots into jerry-rigged drive-in theaters so they can sell food and drinks to customers in their cars.

Seasonality will certainly work against operators if the second wave strikes in the fall or winter, as many experts have predicted. But operators are already searching for ways to extend their outdoor seasons. The city of Chicago is offering $5,000 for ideas on how to keep restaurants serving under the stars even in frigid weather.

Think promotionally
Marketing calendars were largely trashed as dining-room shutdowns erased the need to fill seats. But operators learned that patrons will respond if given a reason to celebrate with an indulgent off-premise meal.  On Cinco de Mayo, Tex-Mex chains ran out of supplies as consumers countered cabin fever with big orders of tacos, nachos and margaritas. Surges were also reported for Mother’s and Father’s Days, and National Wings Day proved a sales opportunity for any operation offering that bar-food staple.

Other operators invented their own occasions. Buffalo Wings & Rings held a weekly virtual happy hour, each with a different theme. The Facebook Live events drew 80,000 participants and a $40,000 bump in sales through delivery and takeout orders from the celebrants.

Zaxby’s scheduled a Date Night, where couples waiting on the drive-thru were treated to such romance inducers as violin music and free roses.

Many of the ideas were spur-of-the-moment. But the successes verify that marketing can make a difference, even when operations are limited.

Stay open-minded
The notion of restaurants selling toilet paper, flour or loaves of bread might have seemed preposterous back in the days when restaurants’ big concern was staffing Monday’s dinner service.  The suggestion of peddling raw foods in the form of meal kits might have also sounded crazy. But there’s a reason “pivot” became the buzzword of the crisis.  Almost to a one, chains reported an outpouring of ideas from franchisees. Field-level operators and frontline employees for generating at least a trickle of revenues while normal business was on indeterminate hold.

“Our operators continue to find creative ways to adapt to the daily challenges they face,” Texas Roadhouse’s Taylor told investors. “And the upward momentum of our sales show that their efforts are paying-off.”