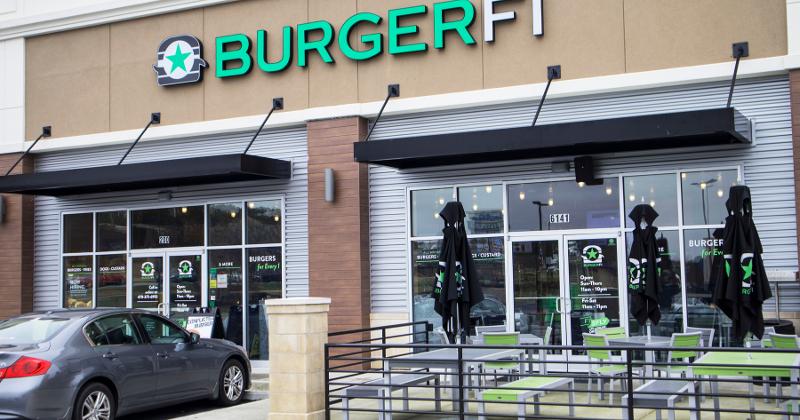 The chain currently has nine in operation, with plans to add 15 to 20 more of the delivery-only locations this year. BurgerFi has partnered with ghost kitchen providers Reef Technology and Epic Kitchens as it expands, CEO Julio Ramirez told analysts Thursday.

BurgerFi’s open ghost kitchens “are helping us understand how we can build our brand in unique ways,” Ramirez said.

The chain is looking to add ghost kitchens to bolster geographic areas in which it already has brick-and-mortar locations, as well as using the small-footprint models to break into new cities, he said.

“The digital world, it’s a whole new ballgame,” he said.

Ramirez made his comments while discussing BurgerFi’s earnings for its first full quarter as a public company, for the period ended March 31.

The Palm Beach, Fla.-based concept reported systemwide sales of $39.8 million for the quarter, an increase of 19% over the previous year. The chain returned to positive sales growth, Ramirez said.

Total revenue during Q1 increased to $11 million, up 32% from the same period a year ago. BurgerFi ended the quarter with $34.7 million in cash on hand.

The 120-unit brand said it intends to open approximately 30 new restaurants this year.

BurgerFi debuted 11 new units in 2020 and four locations so far this year. The chain said it had 21 locations in various stages of development.

The chain said it would use its company-owned locations as a base of support for franchisees “while showing we have skin in the game,” Ramirez said, as BurgerFi seeks to grow up the Eastern seabord.

Earlier this month, BurgerFi completed its C-suite hiring push with the addition of Karl Goodhew as chief technology officer.