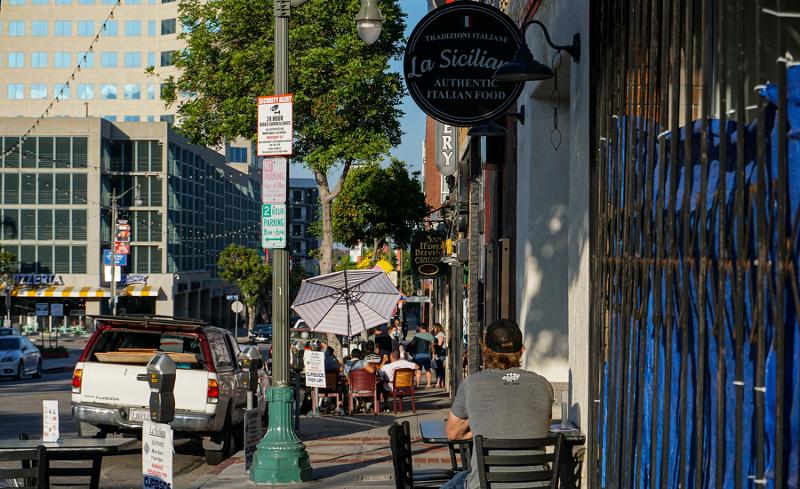 California is immediately shutting down restaurant dining rooms statewide in a bid to slow runaway growth in the state’s COVID-19 cases, Gov. Gavin Newsom announced in a tweet on Monday.

Brewpubs, bars, pubs and breweries have been directed to cease all operations, including takeout and delivery.

Full-fledged restaurants—places that generate the bulk of their revenues from food sales—can continue to offer takeout, delivery and outdoor dining, the announcement indicated. The exceptions are places in Alameda County, where a change in state safety standards forced all restaurant table service to be halted, indoor and outside.

Newsom did not say how long the second shutdown might last. He had suspended on-site service within 19 counties accounting for 70% of the state’s population on July 1, right before the 4th of July holiday weekend.

California contains more restaurants than any other state in the union. Its decision to re-shut dining rooms after permitting limited on-site service for a few weeks marks a major setback for the industry, which has also seen discontinuation of on-site dining in New Mexico and several cities, including Atlanta, Miami and Pittsburgh.  Several other states have ordered bars to close or discontinue indoor service, and such major markets as New York City, New Jersey and San Francisco have delayed the restart of dine-in service because of galloping coronavirus infection rates.

Texas Gov. Greg Abbott has warned residents and businesses in his state that he may have to re-impose a shutdown of dining rooms in his state, the nation's second-most populous restaurant market, if new infection rates aren't brought down.

Daily counts of new COVID cases have soared from around 20,000 in April, or what was initially viewed s the height of the pandemic, to more than 60,000 last week.