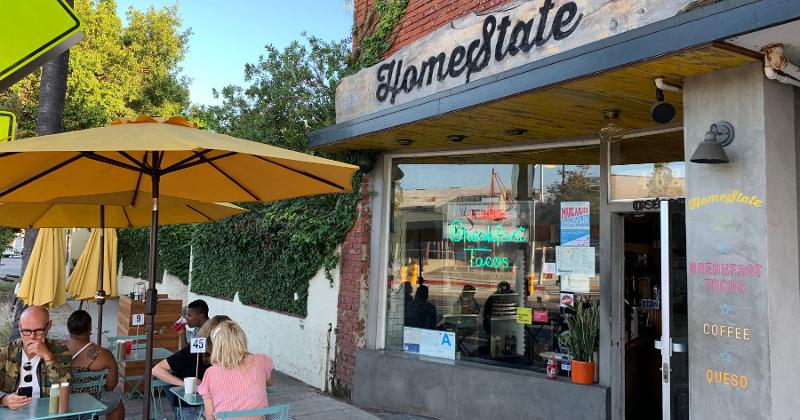 The restaurant industry took a major step toward resuming pre-COVID-19 operations when Texas Gov. Greg Abbott gave the go-ahead yesterday to reopen a portion of dining rooms in his state, the nation’s second largest restaurant market. But onlookers voiced surprise that only 25% of total seating can be put back into use under the governor’s stipulations.

“How does that help anyone?” remarked Michael Sternberg, the veteran Washington,  D.C., restaurateur who is now CEO of Sternberg Hospitality.

Many similar-minded operators have questioned whether filling only about a fourth of a restaurant’s seats will be enough to offset the cost of rehiring employees and otherwise shouldering the spike in operating costs. Some noted the move could prompt restaurant landlords to be less tolerant about forgiving or deferring rents—for the full space, not just 25%.

Most of the other states that have given restaurants the go-ahead to open their dining rooms have also set a cap, though typically at a higher level. Iowa, for instance, also announced yesterday that dine-in service can be resumed Friday, though with restaurants OK’d to use 50% of their capacities.

The Texas Restaurant Association (TRA) acknowledges that putting only a fourth of a restaurant’s seats in use may not be viable for any extended period. “Absolutely not,” said Emily Knight, CEO of the TRA. “No one will tell you we could sustain this capacity for very long. If you can’t make the math work, don’t open.”

But the governor’s green light provides operators with another revenue stream in the short term to augment what they’re collecting in takeout and delivery sales, Knight said. She described the 25% cap as more of a bridge than a long-term condition of business.

“If you can maintain that revenue stream while you bring your restaurant back, great,” Knight said. “I think it’s going to come down to a restaurant-by-restaurant decision.”

She said that Abbott is likely to raise the cap if the safeguards set in yesterday’s executive order are effective in keeping coronavirus contamination in check. Knight declined to say when that might be.

The association was successful in convincing the governor to retain certain accommodations that have significantly helped restaurants boost their off-premise sales during the pandemic.

Places will still be permitted to offer alcoholic beverages for takeout and delivery, a concession originally envisioned as a stopgap measure while dining rooms were closed. Restaurants were also OK’d to continue offering to-go or delivered groceries, another boon to traffic and revenues.

The association also successfully pushed to set statewide reopening standards instead of going county by county as Tennessee and other states have proceeded. Knight said that broad approach spares restaurant chains from a quiltwork of different requirements while giving consumers one set of adjustments to learn.

Abbott’s regulations included a number of other stipulations that were peculiar to Texas. For instance, valet parking was expressly banned for any customer who is not disabled.

Restaurants with a bar on the premises are required to show their certificate validating that at least 51% of their sales comes from the purchase of food. Liquor-serving places that get at least half their sales from alcoholic beverages are not permitted to reopen.

“He plans to revisit that on the 18th of May,” Knight said of Abbott, who worked with the association in drafting the rules.

In virtually every other state that has OK’d the opening of dining rooms, operators were asked or ordered to forgo self-service food stations such as a buffets. In Texas, those serving lines can remain open, but an employee needs to dish out the food—essentially converting them into cafeterias.

A hand-sanitizing station must be positioned at a restaurant’s entrance.

The guidelines to be enforced by the Texas Department of State Health Services (DSHS) also impose mandates with the force of law on restaurant customers. Patrons are required to remain 6 feet apart, sanitize their hands upon entering the restaurant and sanitize again after settling their bill. They are also obliged to adhere to a cap of six customers per table.

Many of the obligations falling on restaurants reflect the TRA’s Texas Restaurant Promise, a detailed list of safeguards that restaurants pledge to follow. The promise is intended to reassure patrons that they’re safe to eat on-premise again. And like the DSHS requirements, it seeks certain behavior on the part of customers, too.

The TRA has not yet gauged how many of the state’s nearly 50,000 eating and drinking places are likely to reopen their dining rooms Friday. The local industry has lost $4.2 billion in sales and 688,000 jobs between March 1 and April 16, according to the National Restaurant Association.

“If we look at other states that have gone before us, many have chosen to wait on the sidelines,” Knight said at the press conference. “What you might see different is that we got a couple of days advance notice.”

In contrast, restaurants in Georgia were surprised by their governor’s announcement last week that dining rooms could start to reopen yesterday.