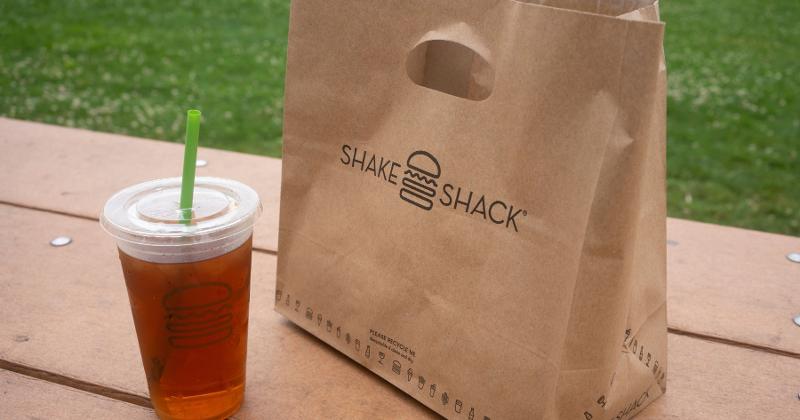 Don’t underestimate the pull of the couch.

So argued Randy Garutti, CEO of Shake Shack, during a presentation this week at the Barclays 8th Eat, Sleep, Play conference in New York City, where he was asked whether the impending recession will force budget-stressed consumers to cut back their expensive delivery habits.

Even though consumers are “finally starting to realize how expensive delivery is,” Garutti does not think delivery trends will decline.

“I think it’s going to be one of the last luxuries people take away from themselves,” he said. “You would think it should be the first. But I don’t think people are canceling their Netflix subscription, and I don’t think they’re going to stop getting delivery. Our ability to sit at home on a couch is very high.”

Fundamentally, he added, “People have an irrational ability to pay for the convenience of things to come and show up in their house.”

With more layoffs at third-party delivery provider DoorDash and evidence that lower-income consumers are cooling it with the pizza delivery, there is concern that the pandemic-fueled delivery trend could come to an abrupt end if the economy takes a downturn.

But DoorDash’s layoffs are not tied to any shift in consumer behavior. And Shake Shack joins a number of restaurant companies in the latest round of earnings who said their delivery business was going strong and that Americans are ordering delivery more than ever before.

Shake Shack doesn’t give specifics on delivery trends, but in the recent quarter said about 36% of sales come from digital channels, including third-party delivery, and those digital sales are holding despite a return of guests to restaurants.

Earlier this month, the company said it has renewed its contract with Uber Direct as the exclusive delivery provider for Shake Shack app orders, and, to commemorate, delivery is $0 for those orders through the end of the year. Since signing on with Uber Direct in March 2021, the chain said delivery order volume through the app increased 70% in a year.

Of course, Shake Shack’s typical customer is higher income, and Garutti reiterated this week that the 400-unit chain has been losing traffic from lower-income diners. It’s less surprising that wealthier consumers would have a fiddle-dee-dee attitude about an extra $5 to $10—or even double the cost, in some markets—for restaurant delivery.

Shake Shack could see trade-down from higher-end restaurant concepts, Garutti noted. But the company is watching consumer spending trends carefully during this holiday season, he said.

“We’re preparing for all scenarios,” he said. “I think we got to, as a company, to prepare for potential light recession, for a harder recession—or maybe people just keep on spending. I mean, we're going to find out in this holiday period here how it really goes.”

Not typically a brand to use discounts, Shake Shack has been testing the waters with some value-added promotions, like a buy-one-get-one shake offer during the slower 2-5 p.m. period, and during late nights, to keep budget-minded customers engaged.

The chain is navigating the still-fluid dynamics of workers returning to offices—or not—at least in some urban locations. And gone are the Friday lunches when companies would buy 50 to 100 burgers for their workers, as was once a thing in New York City, Garutti said.

Commodity prices are easing, but wage costs are not, and Garutti expects labor to be a continuing challenge into 2023.

“I think the labor environment is a structural shift, as it will not be solved anytime soon,” he said. “There just are not enough American workers working in our industry and other industries like them to fill the jobs that are available.”

And that means figuring out how to be more efficient, he said.

Shake Shack, for example, is rolling out kiosk ordering to all units, which will allow redeployment of cashiers to other roles that will boost throughput, or allow units to reach full operating hours, which Garutti said is the company’s “complete focus right now because there’s so much opportunity in just doing that.”