Fast-casual chain Blaze Pizza had been seeing “quite a bit of traction” on its efforts to build its off-premise business early this year, CEO Mandy Shaw said.

The brand, which already had a digital makeline, added a 14-inch pie with a thicker crust, which holds heat longer for delivery and is well-suited for sharing. It launched the first major media campaign in its history, with ads on streaming services. 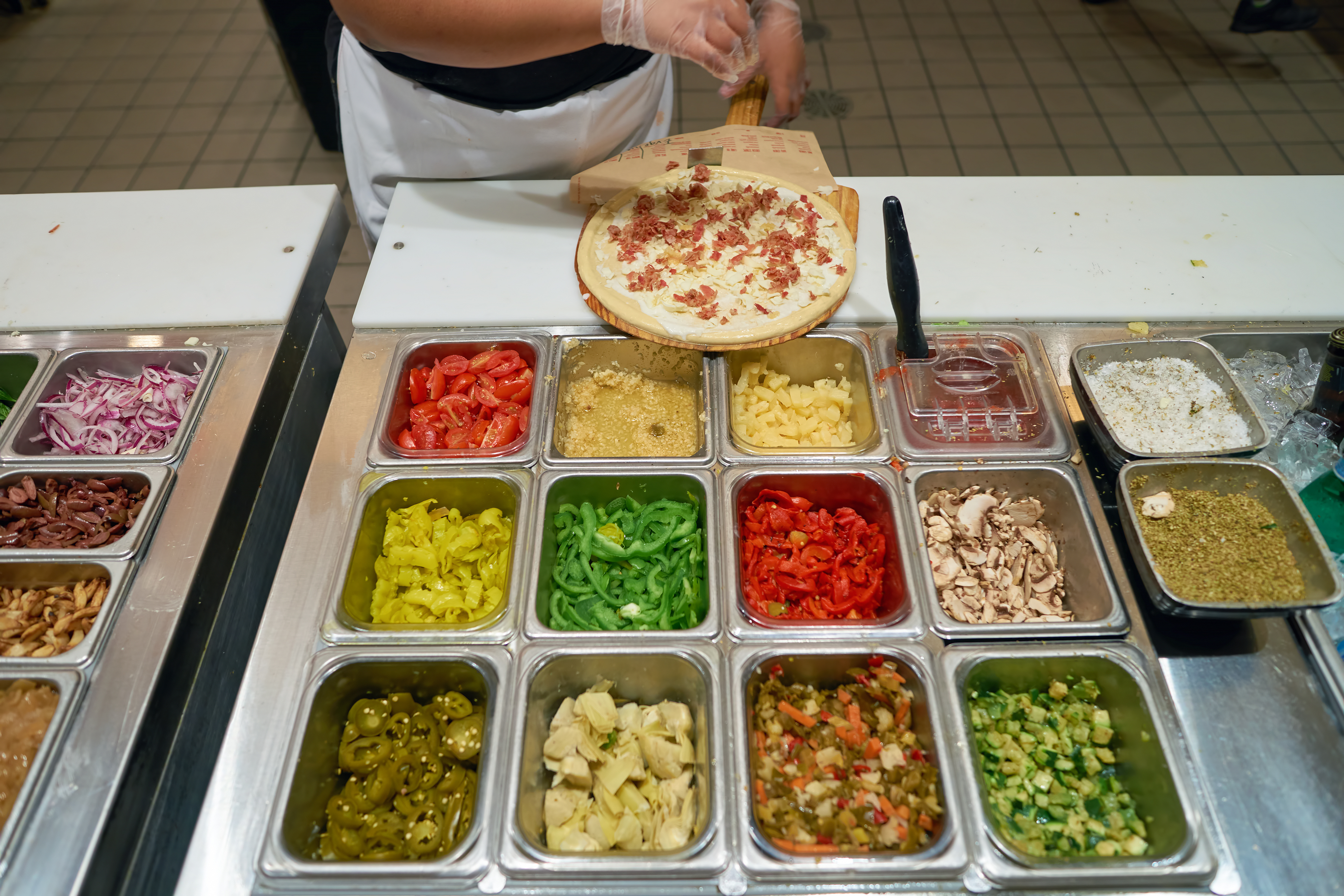 Still, though, Blaze was seeing 80% of its business from dine in.

And then COVID hit.

Blaze launched curbside carryout in three weeks and added Uber Eats as a delivery provider. The 340-unit chain rolled out DIY pizza kits for cooped-up families. The franchisor urged its operators to get “guerilla” with their marketing, putting up big “We’re Open” banners and more, Shaw said.

Blaze has also opened its first unit with a drive-thru lane as well as curbside pickup spots, in Fort Meyers, Fla., she said.

“And they’re killing it,” Shaw said.

The chain is also exploring ghost kitchen-type setups in cities where real estate is particularly steep.

“Our whole premise is 360-degree availability,” she said. “Our idea is to disrupt legacy pizza. The biggest thing for fast-casual pizza as a category is there’s still an awareness gap because we’re still so new. There’s a bajillion Domino’s out there. And they were the original delivery food.”

Asserting their fast-casual positioning of high-quality ingredients at a good value, while also stealing some tricks from those established quick-service players is key to that game plan. And it’s essential for not just disrupting the big pizza players but for surviving through the pandemic.

Struggles in the segment

Even before the coronavirus crisis, the cracks had been showing in some fast-casual pizza chains. A large number of players entered the segment several years ago, causing it to become oversaturated with copycats. Most were not well-positioned for off-premise growth.

Rave Restaurant Group’s Pie Five Pizza, a pioneer in the space, has been struggling for several years. The chain is now down to just 39 units, about half of what it had just two years ago. Rave reported last month that Pie Five’s Q1 same-store sales fell 23%.

Once-growing PizzaRev has permanently closed more than half of its units in the last year and had just 13 open stores earlier this summer. The chain recently closed eight restaurants in Los Angeles County and shuttered all three of its Las Vegas locations. PizzaRev had 44 stores in 2016, according to RB sister company Technomic.

Some of the segment’s brands took a scattershot approach to growth that left them spread too thin, while others in the segment have struggled to capture consumer demand for delivery and takeout.

Several chains launched 14-inch, shareable pizzas to try to compete in that delivery market as well as positioning themselves as viable dinner options.

"This pandemic and dine-in closures has undoubtedly pushed underperforming locations (if company owned), or undercapitalized franchisees, into closing their locations and we unfortunately expect to see more of this this year,” Melissa Wilson, a principal with Technomic, told RB earlier this year.

Aaron Nilsson, chief innovation officer for Jet’s Pizza, joined the fast-casual chain in March of 2019 after spending many years at Domino’s.

“Domino’s has invested so much in tech, they are the first through the door on a lot of those things, but to do it takes a staff. They have a staff of 250 developers,” Nilsson said. “We don’t have that staff. But the opportunity for tech to impact a business like ours is much bigger. We can and did make a huge dent in the numbers.” 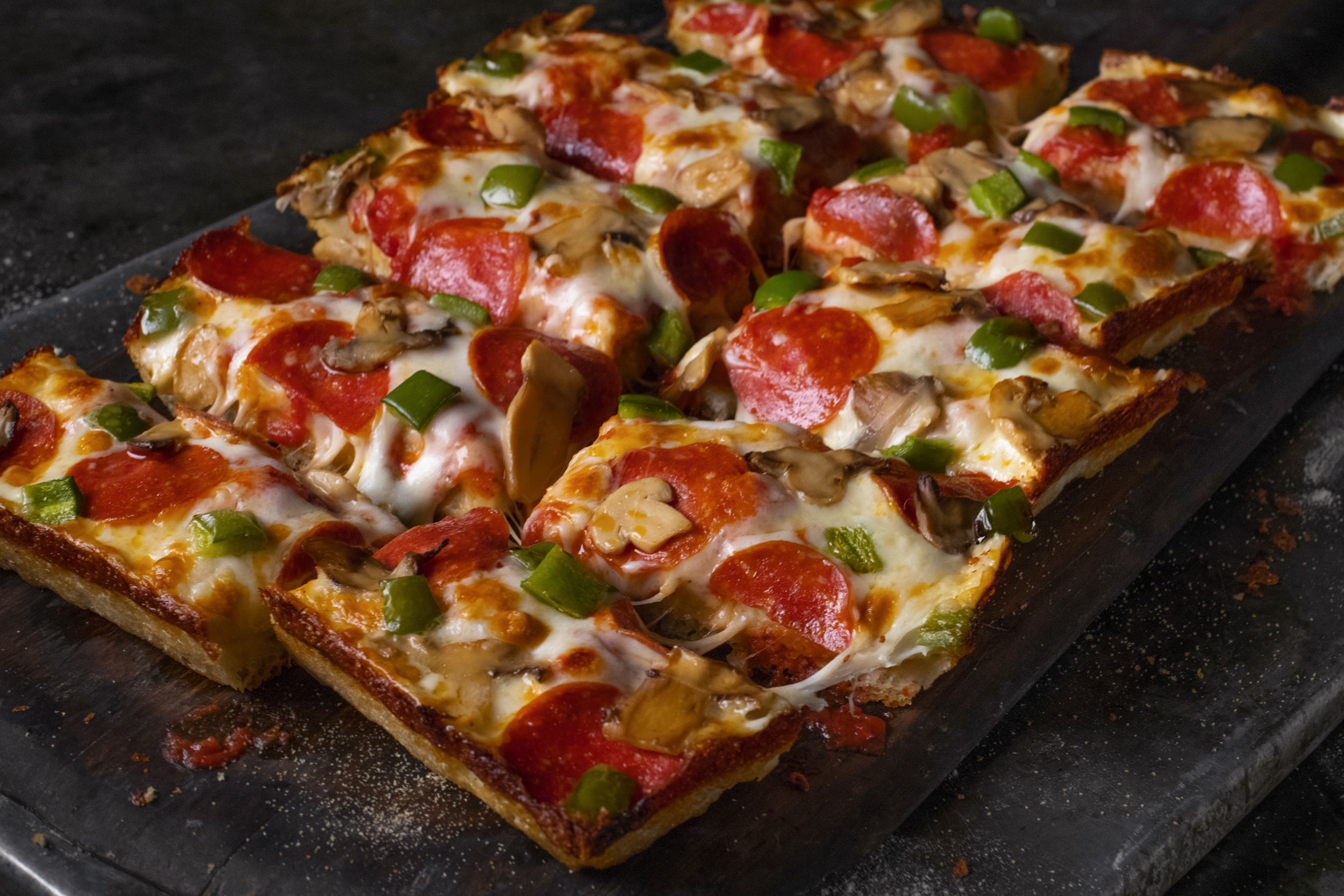 Detroit-based Jet’s Pizza, which has around 380 units, has found success during the pandemic rolling out text-to-order capabilities, curbside pickup and no-contact delivery, as well as a new loyalty program.

The chain also launched a new website with “gorgeous images,” he said, all to encourage diners to explore the chain’s digital options.

Digital sales are up 62% year-over-year and, as of September, Jet’s had sold 2.8 million more pizzas compared to the same period last year, leading to a 20% increase in annual sales.

Tech that was innovated by a mega-chain like Domino’s is now more accessible to the fast-casual segment, Nilsson said.

“People like Blaze and people like us are going to be the benefactors,” he said. “I do get nervous about a place down the street. How are they going to compete when we have an AI engine? Technology will be the separators for those one-stop shops and COVID coaxed it out.”