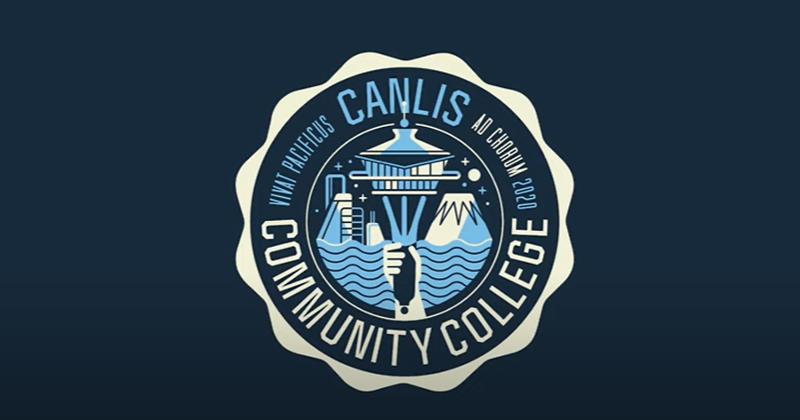 In the months since the pandemic first struck the U.S., Seattle fine-dining landmark and multiple James Beard Award-winner Canlis became a burger shack.

It morphed into a bagel shed.

It shifted to home delivery of its high-end entrees.

It turned into a virtual bingo hall and, later, offered up a piano livestream.

It became a drive-in movie theater.

It launched a crab shack in its parking lot.

And now, Canlis is undertaking what is perhaps its most ambitious (and successful) pivot: Canlis Community College.

“We’ve gone deep,” said Brian Canlis, who runs the 50-year-old restaurant founded by his grandfather with his brother Mark. “We needed an idea for the fall. We had our first-ever profitable idea, which was the crab shack, but it always had a finish line on it because it’s an outdoor restaurant and we live in Seattle. We started brainstorming in July about what we would do for the fall.”

For the past five years, the restaurant has run an internal staff education program called Canlis University. The two-week effort includes training on food and wine and even designates a valedictorian at the conclusion.

But that program gave birth to the idea of Canlis Community College, a wide-ranging campaign of livestreamed classes on food, wine, history and social studies; on-site, socially distanced field trips; frozen TV dinners for eating during class; life skills courses, a campus store and even intramural sports. There’s a kids’ TV show, too, in which the restaurant partners with Seattle’s zoo and aquarium and the Canlis brothers embark “on an animal adventure,” he said.

“There was no idea too crazy,” he said.

Customers responded. So far, 11,000 people (“and growing,” Canlis said) have paid $25 to enroll and access the educational content. Field trips, merchandise and meals are extra.

Earlier this week, for example, the restaurant’s $200 kits for the Wine Drinking 101 class—including a branded wine opener, crystal glasses and six wines—sold out.

As a nonprofit “community college,” Canlis has used the tuition to pay its mortgage, utilities and reduced staff for the fall months. All money earned over that break-even point is being donated to a local hunger relief and job training organization, he said.

The fall program is running on a greatly downsized crew of about 25 employees. Previously, Canlis had 110 workers, Canlis said.

“It’s temporary,” he said. “Our team knows that. We’re calling it ‘fall break.’”

Canlis has a plan to keep operating during the winter even as the pandemic continues, he said. But he was tight-lipped on the details.

“I’m legally bound not to tell what’s happening for winter because there’s a national partner and they have rules,” Canlis said. “We’re going to do a version of fine dining again for the first time. It’ll be here at the restaurant. It won’t necessarily be inside.”

Few segments have been as impacted by the coronavirus crisis as fine dining. Many independent white tablecloth establishments have shuttered since March.

But Canlis said he has no doubt that fine dining will return once it is safe to do so.

“Fine dining has always played a role in the fabric of our communities, whether it’s a once-in-a-10-year meal that has to matter because the celebration warrants it or whether it’s more frequent than that,” he said. “Fine dining is the most ultimate expression of caring for another person. In my world, it’s the greatest form of restoration and people will need that. They’ll need that again. And we can’t wait to get back to doing that. But now’s not the time yet.”