Welcome to the full-service restaurant of the times, a showroom of the changes embraced by table-service operators in their 12-month scramble to survive what was science fiction 53 weeks ago. But before the tour begins, are you certain there’s actually a restaurant to see? Or one you’d recognize as a place to sit and eat?

No change has been more transformational for the full-service sector than the near-vertical climb in off-premise sales. Efforts to hold onto that hard-earned though less profitable business has nudged casual, family and fine dining in directions that were unimaginable before the pandemic. Operators are experimenting with formats that sacrifice seating to the need to accommodate delivery and to-go orders.

That’s if there’s a dining area included at all. A number of full-service chains have refocused attention and capital on entering the quick-service markets, or at least borrowing some of that more resilient segment’s signature features.

Golden Corral, Applebee’s, Famous Dave’s and Velvet Taco are at least testing some sort of drive-thru lane, and curbside pickup has become a standard for full-service establishments of all stripes. 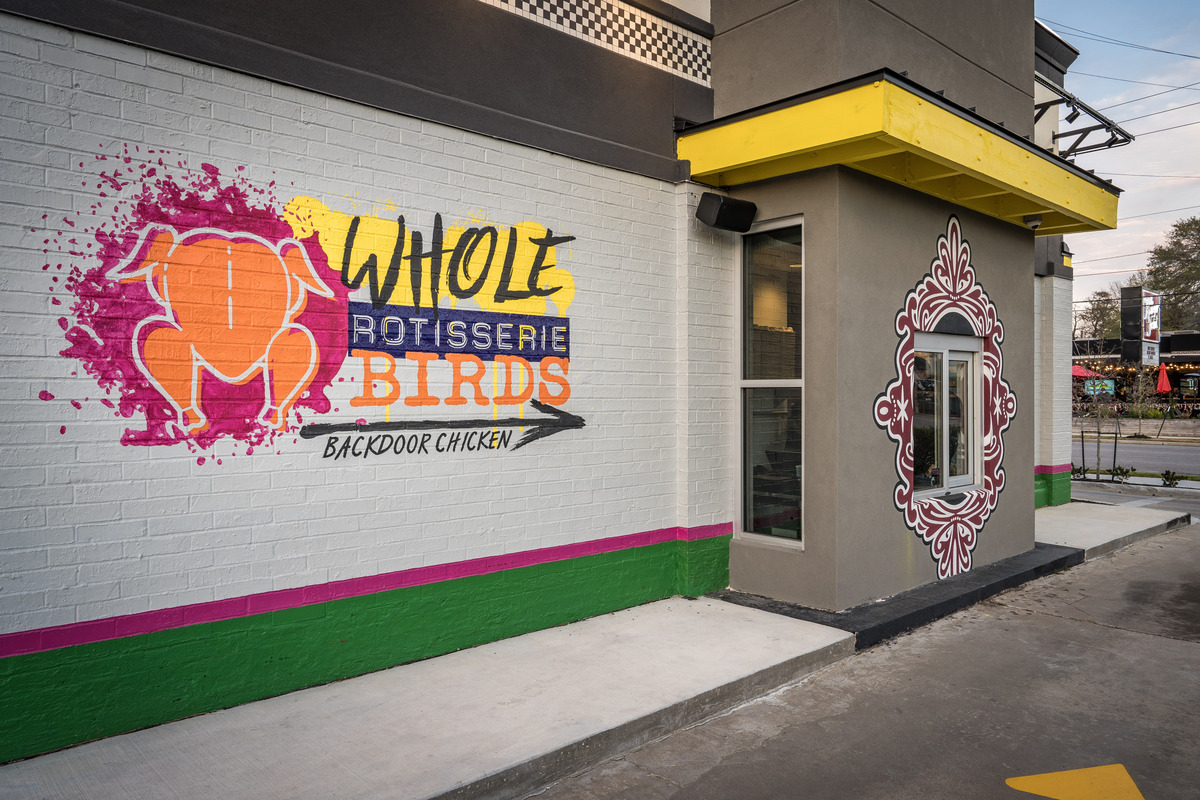 “If I'm coming to pick up, and I'm not using delivery today, don't make me get out of my car,” Denny’s CEO John Miller told investors in explaining how consumer attitudes have changed.

Many jurisdictions similarly permitted downtown restaurants to turn sidewalk, roadside and parking-lot spaces into outdoor dining facilities while indoor dining was suspended or capped. Somewhere, in some obscure history of urban development, 2020 will be noted as the year yurt and igloo dining became a thing.

Chains similarly pushed on-site dining beyond their four walls, and that al fresco service isn’t going away. In areas where weather is not a deterrent, Red Robin restaurants are increasing their seating by 10% through the addition of 16 to 24 patio seats.

Cracker Barrel replaced the rockers on the front porch of its general-store-themed restaurants with tables and chairs at 350 locations. Outdoor dining will continue as long as weather permits, CEO Sandy Cochran said last fall. She noted that the chain’s clientele tends to be older than the general body of restaurant customers, and hence more at risk of a serious COVID case. The availability of seating deemed safer than indoor accommodations would likely be welcomed by that grayer clientele, Cochran suggested. 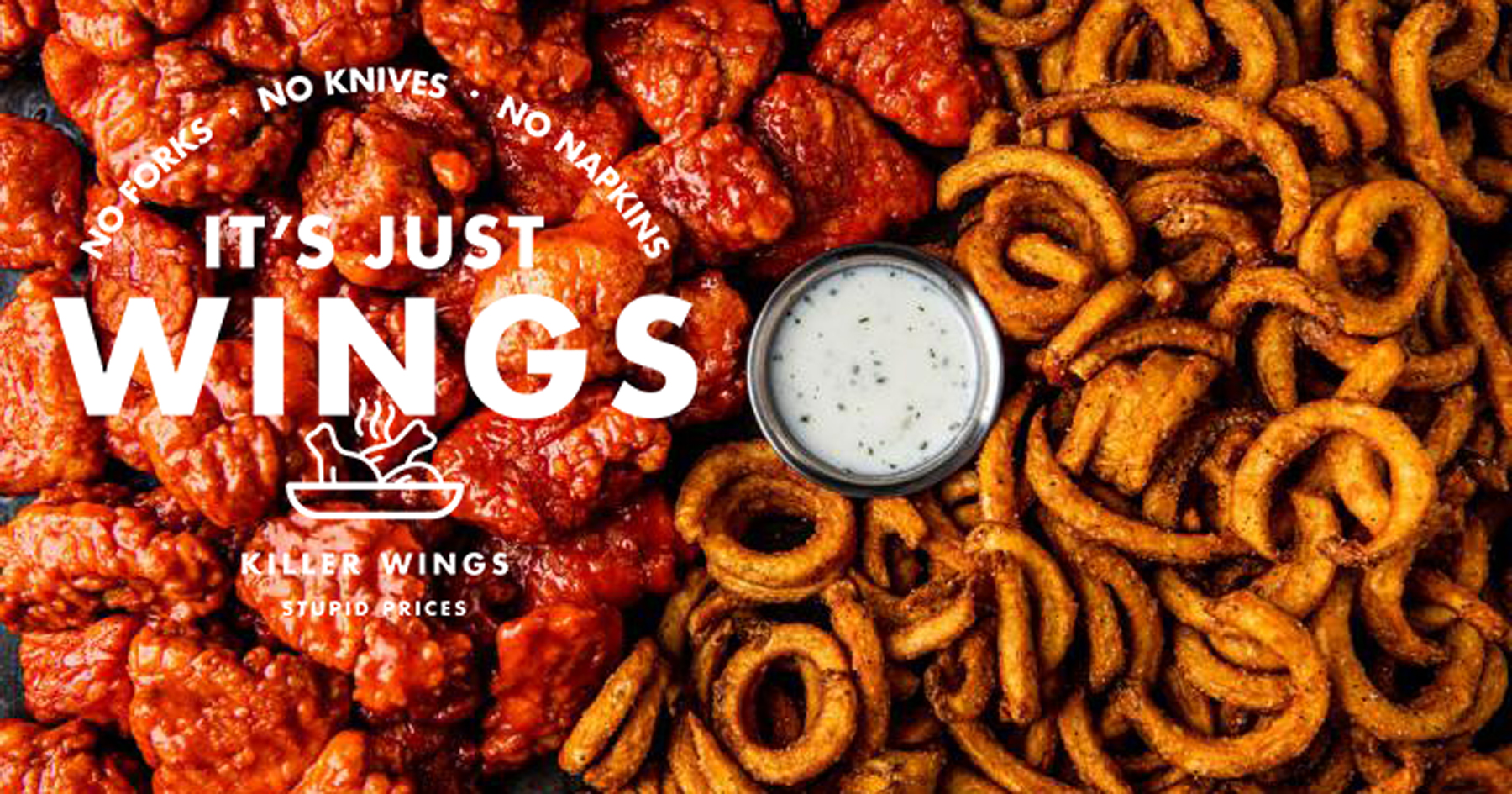 One of the most profound changes in the full-service sector since “social distancing” entered the popular vocabulary has been the uncoupling of a meal option from an actual place. With the surge in delivery during the pandemic, customers often didn’t set foot in the places that prepared what they ordered via DoorDash, Uber Eats or other third-party services. Why, then, bother to build a restaurant as they know it?

Entrepreneurs hit on the idea of having branded food prepared in a third party’s kitchen, be it the back-of-house of another restaurant or in one of several production facilities clustered together under a common roof—a warehouse of prep facilities.

Ghost kitchens—the term that finally caught on for those operations— were still a rarity leading into the pandemic. A year into it, those facilities have become common features in the portfolios of operators in all subsectors of full service, from fine dining through hotels, casual restaurants and family concepts. Operators are using the model to test acceptance of their brand in new market areas, or just as a low-cost way of expanding their presence, with delivery in mind.

Proliferating right along with ghost kitchens are the fellow travelers known as virtual concepts—restaurant brands that were invented as a delivery option, even though there are no brick and mortar to them, much less seats.

The imaginary restaurants have been widely embraced by players of all sorts in the full-service sector. Chili’s parent Brinker International said its entrant, It’s Just Wings, has been generating sales at an annualized rate of $150 million per year.

Arch-rival Bloomin’ Brands hasn’t yet revealed the aggregate sales of its entrant, Tender Shack, which is now being introduced across the company’s big brand, Outback Steakhouse.

By producing Donatos-brand pizzas in the kitchens of its 400 corporate-run restaurants, Red Robin expects to generate an incremental $60 million a year in sales and $25 million in profits.

Applebee’s second virtual concept, Cosmic Wings, generated $510 in incremental sales per restaurant during its first full week of operation, with the intake climbing day by day, according to chain President John Cywinski. The venture’s signature Cheetos-flavored wings, onion rings and cheese bites are offered for delivery only from 1,250 Applebee’s units.

A near-universal carryover from the pandemic has been a reliance on trimmed-down menus. During the crisis, a smaller bill of fare meant less labor was needed to produce what was sold. Less money needed to be spent on supplies and fewer items meant fewer recipes to master, a key consideration given that many full-service chain restaurants pressed their managers and supervisors into cooking duty (training in the kitchen is now required of management hires at Beef ‘O’ Brady’s and The Brass Tap chains).

Because those individuals were receiving a salary and would be paid regardless of sales levels, they were put in aprons and handed a spatula, sparing the restaurants from having to pay hourlies.

Red Robin has held its menu to one-third of the pre-pandemic size, resulting in a $2 million savings on labor and waste, according to CEO Paul Murphy.

Denny’s has just replaced the menu it used during the pandemic with a new core lineup that features more comfort items and products that better withstand the rigors of takeout or delivery. The size remains 25% below the roster used by the diner chain before last March.

The noticeable exception to the less-is-more approach to menu making: The Cheesecake Factory, which cites its phone-book-thick menu as a distinctive advantage it was not about to temper.

While menus were otherwise being shortened, another set of circumstances led full-service operations to rethink how they apportioned certain to-go orders. With some groceries in limited supply in the pandemic’s early days, and parents looking to feed the family, establishments started putting together family-sized meals in a box, sometimes fully cooked, other times ready to be heated and served, and in still others completely raw.

Family meals caught on quickly. Denny’s said it has sold 385,000 of its Shareable Family Packs, each of which feeds four people.

The meals have evolved into a variety of forms, from the beverage kits offered by Chuy’s to the Heat n' Serve prime rib meal for six that Cracker Barrel introduced for Easter. It’s priced at $109.99.

Ruth’s Chris offers an array of family-sized sides to heat and eat at home.

An early casualty of the pandemic was the sale of alcoholic beverages, the most profitable part of the business. How do you sell $10 premium margaritas when your bar and dining room are closed and all your meals are to-go?

States responded to the laments by agreeing to allow the sale of adult beverages for takeout and delivery—usually on a trial basis. Thirty states eased their prohibitions on allowing customers to take their drinks home, only to discover that the world didn’t end.

Full-service restaurants jumped on the opportunity by selling quarts or even gallons of premixed drinks. At one point, the portion of sales generated by alcohol beverages to go surpassed the dining-room mix for Outback, Bloomin’ Brands CEO Dave Deno told Restaurant Business.

Meanwhile, society wasn’t dragged down by permitting the sale of  drinks to go, signaling that off-premise alcoholic beverage sales may be a lasting carryover.