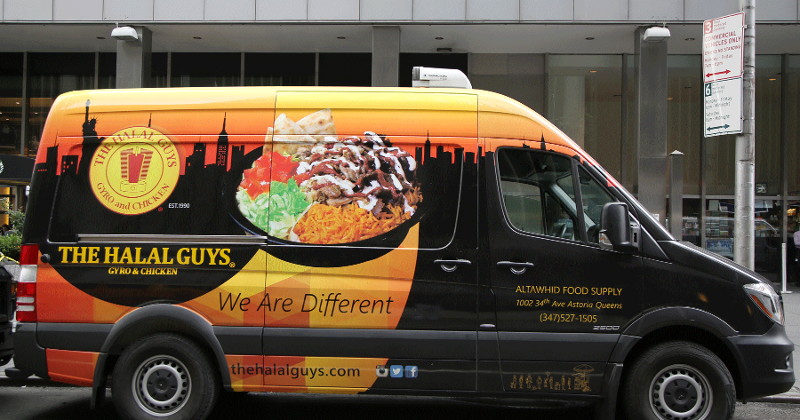 A courtroom battle of the sexes of sorts is brewing between national fast-casual chain The Halal Guys and upstart The Halal Girls.

New York City-based The Halal Guys, which has 75 U.S. locations, filed suit this week in U.S. District Court for the Eastern District of New York against The Halal Girls, accusing the restaurant of “a premeditated and willful scheme” to steal The Halal Guys’ trademarks to get business and media attention.

An email to The Halal Girls listed address by Restaurant Business bounced back as undeliverable. The restaurant’s phone said its mailbox was full. Online ordering on the restaurant’s site is not available and all of its operating hours are marked “closed.” Yelp reviews, though, show that The Halal Girls was in operation as recently as last month.

“The Halal Guys is a world-famous international fast halal food franchise,” the restaurant wrote in its complaint. “The Halal Guys began as a singular halal food cart in midtown Manhattan in the 1990s, founded by a trio of Egyptian immigrants who accomplished the American Dream … The Halal Girls is an intentional knock-off halal food restaurant located in downtown Huntington, New York.”

In its complaint, The Halal Guys said it sent a letter to The Halal Girls last August, objecting to the restaurant’s name and requesting a different one.

One of the Halal Girls’ owners replied, according to the documents, saying they planned to change the name to “Halal Acai Bowels (sic).”

“Clearly, the was a lie,” The Halal Guys said in the complaint.

In addition to confusion over the physical restaurant location, The Halal Guys expressed concern that the restaurant could cause uncertainty on third-party delivery channels.

The Halal Guys is requesting the case be brought before a jury.