Chicago’s Antique Taco has survived, and grown, over the past eight years as a fast casual with a menu of farm-fresh tacos with housemade tortillas complimented by cocktails and agua frescas made with hand-juiced fruit.

“We’ve always been counter service,” said Ashley Ortiz, who co-owns the concept with her husband, Rick.

But the pandemic and, more specifically, Chicago’s fast-approaching winter with surging rates of the virus, is forcing Antique Taco’s locations to operate differently than they ever have.

Pre-pandemic, Antique Taco was operating two standalone locations and a food hall unit. That food hall stall is shuttered for now, but the two restaurant locations are going strong, albeit with different service models than they had previously.

The concept’s location south of the city’s downtown business district recently transformed its large corner lot into an old-school drive-in with carhops. The space had previously been used for patio dining. 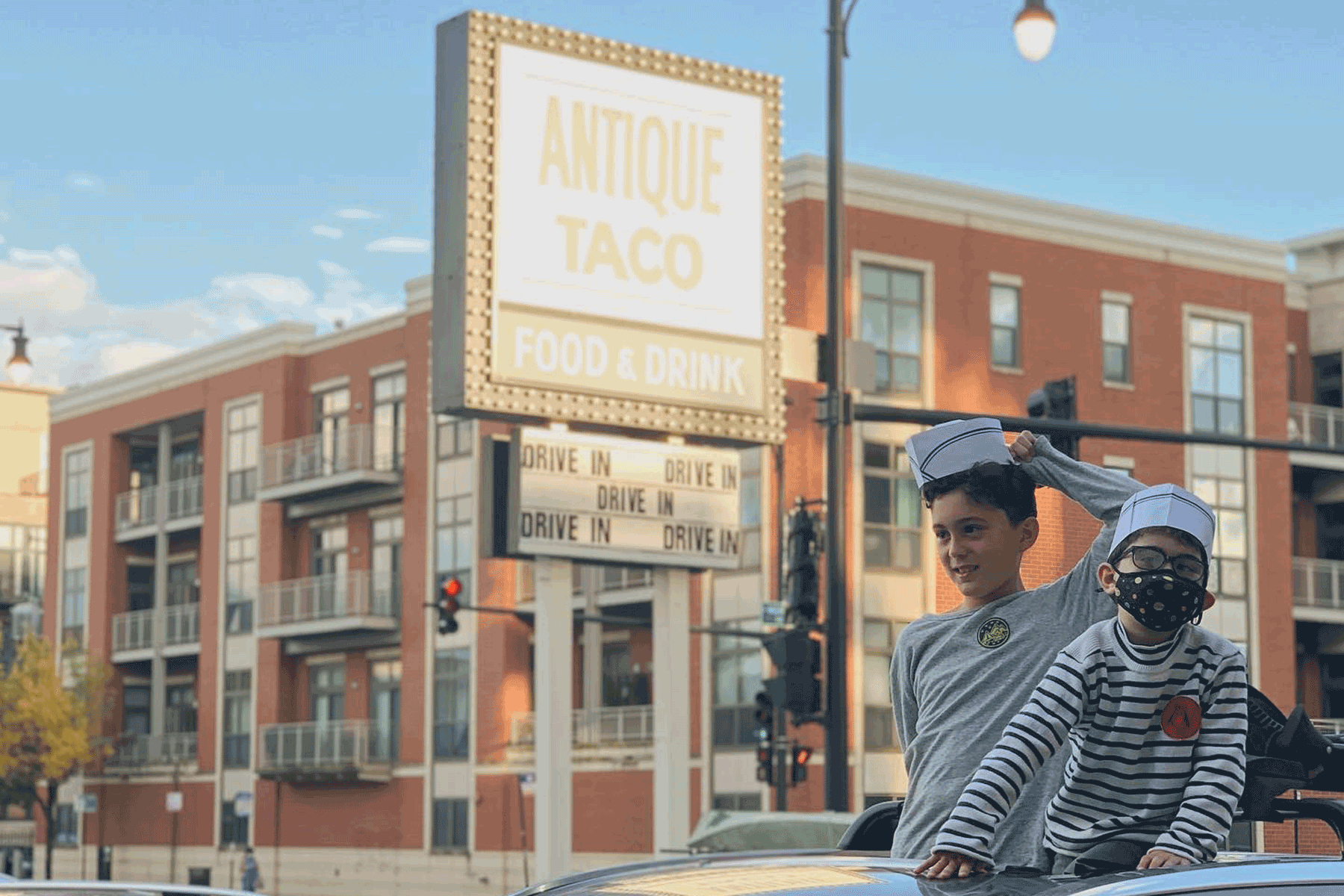 “We’re on 10,000 square feet and our building is only 1,300 square feet,” Ortiz said. “My husband and I are big antiquers. We love anything in that feel, where it feels kind of old school. It kind of just made sense.”

With Chicago’s capacity restrictions, Antique Taco only has about six seats inside the restaurant. But it carved out nine spots for cars on the patio, put up posts to mark the spaces and provide ordering instructions, bought carhop window trays and had a new, retro logo created. They bought drive-in hats for employees and toys and stickers for kids’ meals.

Slated to arrive soon are handheld extensions for the restaurant’s POS system, Ortiz said. Menus are provided via QR code.

Antique Taco’s original menu is available at the drive-in, but they’ve added some fun new items to the drive-in menu, including a cheeseburger taco and a classic crunchy taco, which had previously only been offered as a special one day each week.

Cocktails and other alcoholic beverages are allowed for order at the drive-in, but customers must consume them outside their cars or take them to-go, Ortiz said.

The drive-in just launched early this week, and Ortiz hasn’t settled on a complete staffing model. 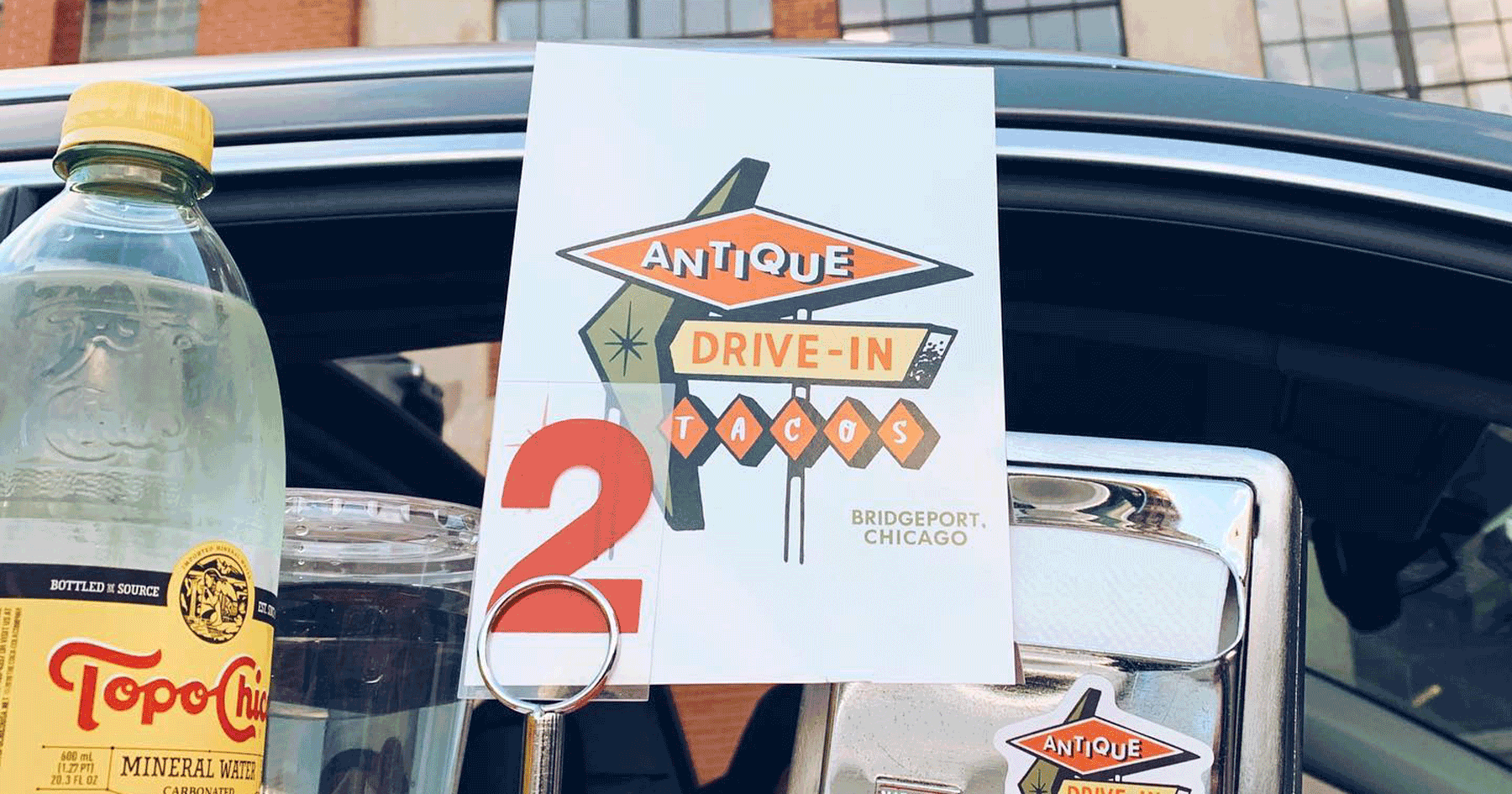 “The hope is we can restructure and work with the people we’ve had,” she said. “We’ll probably have to add one or two more front-of-house people. But I keep telling the staff the alternative is, we have six seats inside. We have to get creative … We’re not trying to complicate things. We’re just trying to figure out a create way to go for the next four or five months.”

She added: “I’ve made more decisions in the last seven months than in the last eight years in business.”

Antique Taco’s other location has made major changes, too. At that restaurant, on Chicago’s north side, an upstairs events space has been repurposed into a full-service dining room. The restaurant signed on with reservation platform Resy, though walk-ins are allowed if there is space.

“The biggest thing people want is they want to be guaranteed that if they do make the trek out, they’re going to get a seat,” Ortiz said. “We can keep downstairs focused on takeout and delivery.”

The dining room has only been open for a couple of weeks, but Ortiz is seeing slightly higher check averages.

“It seems like they’re staying longer,” she said. “They’re drinking a little more upstairs. People are hanging out. I feel like, going out now is even more special. If they’re coming with friends, they’re staying a little bit longer than they normally had in the past.”

Antique Taco also has a “margarita truck” that launched last year. That truck is now selling burritos at private events. 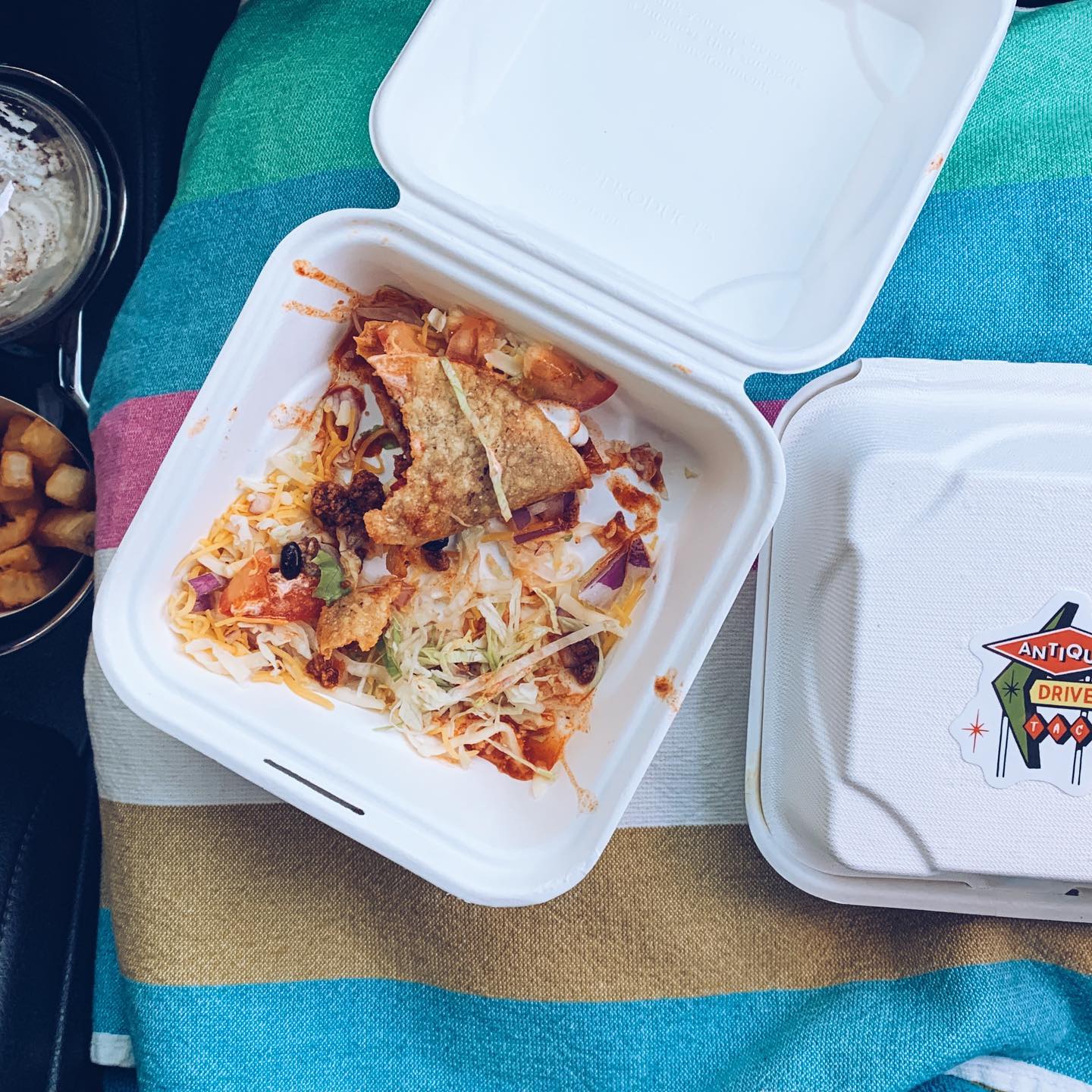 All of these pivots, along with managing two kids in virtual an in-person school, mean there’s not much sleep happening at the Ortiz house. But there aren’t many other options.

“We don’t really have an alternative,” she said. “We want to keep our business going. We want to keep the staff employed, so we’re going to get creative. Sometimes it’s hard. People are just trying stuff they’ve never done before because it’s like, Why not?”