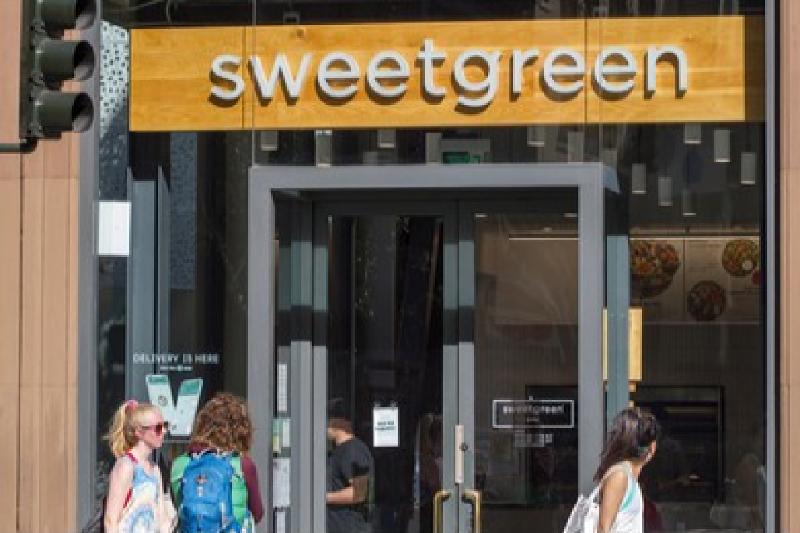 Sweetgreen now has a number of new formats for growth. /Photograph: Shutterstock.

Sweetgreen is poised to move forward with a number of store formats, including two restaurants with automated makelines that will open next year.

But the 176-unit chain isn’t putting pedal to the metal on growth.

Instead, the plan is to hold growth at more consistent levels over the next two years as the brand focuses on quality, watching how post-pandemic consumer behavior continues to settle and finding the path to profitability, Nicolas Jammet, Sweetgreen co-founder and chief concept officer said in a presentation this week at the Morgan Stanley Global Consumer and Retail Conference in New York, according to a transcript on financial services site Sentieo.

“It’s really important for us to not accelerate—to not put growth above profitability,” Jammet said.

Sweetgreen grew revenues 29% in the third quarter, but the company also grew its net loss to $47.4 million, compared with a loss of $30.1 million a year ago. That was partly a result of impairment charges resulting from a 5% reduction in staff at the company’s support center.

Average unit volumes grew during the quarter to $2.9 million, compared with $2.5 million a year ago, and Jammet said the company has plans next year to continue improving its loyalty program, for example, and broadening the menu with the addition of more proteins, new beverage options and desserts.

But what started as a more urban brand is now about half urban and half suburban, and Jammet said Sweetgreen has gone into more new markets in the past year than ever before, including cities in the Midwest, Minneapolis, Indianapolis and Detroit. Next week a unit is opening in Tampa, Fla., which he said would unlock the path to Atlanta.

The company hasn’t given guidance on units to open in 2023, but Jammet said there are 43 leases signed currently for new Sweetgreens. In the past few months, Sweetgreen has unveiled a unit designed for digital-pickup only in the Washington, D.C. area, as well as the first drive-thru “Sweetlanes” unit outside Chicago.

Among those new units coming in 2023 are two restaurants with automated makelines using the Spyce technology acquired in 2021. Developed by four MIT engineers, Spyce was essentially technology that was designed to work with Sweetgreen’s menu, Jammet said.

“We acquired them last year because they basically created an automated assembly version of Sweetgreen,” he said. “They modeled their technology very much after our menu.”

Spyce had two restaurants open for a year under that brand name. But when Sweetgreen bought it, they put the menu into the automated restaurants as a popup, he said.

Since then, however, the company has built a live lab to fine tune execution and the customer experience. Though Jammet declined to reveal how the units are expected to perform, he said the technology automates the majority of assembly, which means fewer team members on the front line.

“So it’s really exciting to see the ultimate format come to life, where it will be a better customer experience, a better team member experience and ultimately a better P&L,” he said.