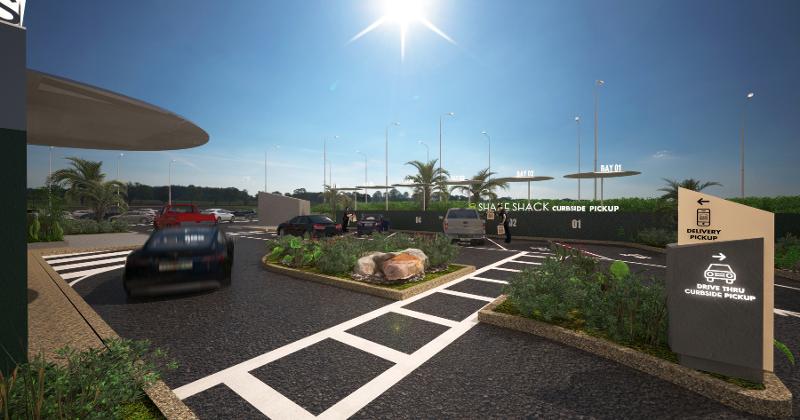 What happens to a fast-casual chain that sprang up to serve lunch to downtown office workers when those cubicle dwellers are now Zooming from home?

That’s the question facing a number of concepts around the country. And it’s one that has widespread implications for restaurant real estate as well as for the future of fast-casual concepts post-pandemic.

“There are a number of fast casuals that are very urban-centric, particularly bakery-cafes or better-for-you concepts that are focused on urban markets,” Melissa Wilson, a principal with Restaurant Business sister company Technomic said. “We’ve been hearing from operators that they’re looking to take a look at what site models might be for suburban locations.”

Fast casuals have been an industry bright spot in recent years in unit growth and sales. They’re known for being innovative and nimble.

But the coronavirus is hitting the fast-casual segment hard.

So, fast casuals are finding they need to act more like quick-service chains to survive. They’re adding value meals. They’re paring down menus. Most significantly, they’re adding drive-thrus and curbside pickup—something that’s tricky to do in city-center locations.

One better-for-you fast-casual concept, for instance, declined to be interviewed for this story because, they said, they were so busy trying to address their current real estate concerns.

Shake Shack has been particularly hard hit during the coronavirus crisis, due in large part to its once-promising real estate portfolio. The New York City-based chain has units in some of the country’s most foot-trafficked spots, including Chicago’s Michigan Avenue and Broadway in New York.

But, as Shake Shack eyes adding drive-thrus, it is looking outside of city centers. The burger chain plans to open its first drive-up window later this year in suburban Vernon Hills, Ill.

“The greatness of our real estate is exactly the challenge we have today,” CEO Randy Garutti told analysts late last month.

No one knows what the long-term implications of the coronavirus will be on restaurants, of course. Barry Wolfe, senior managing director with real estate brokerage Marcus & Millichap, said he expects downtown office workers to return—eventually.

But operators will likely pivot to smaller stores to weather the pandemic and to better suit changes in consumer behavior, he said.

“That is probably a permanent type shift,” he said. “Operators are shifting to delivery and takeout and curbside pickup. That’s a trend that was growing pre-Covid and will accelerate in urban areas.”

Noodles & Co., which has struggled to boost its sales during the pandemic, said this week it was designing smaller-footprint prototypes as it looks to add units in the coming years. It also said it would add drive-thru windows.

Cash-rich brands might scoop up fast casuals that cannot weather the pandemic, Wilson said. They could be promising sites for virtual restaurants.

“It’s very expensive real estate,” she said. “What we may start seeing, and we hope it doesn’t come to this, is a dystopian-looking future. Those locations are well-suited to become an off-premise hub.”

But urban fast casuals can find ways to drive sales, even if their breakfast or lunch business has dwindled, she said. It takes some radical rethinking of business models.

“They need to reassess,” Wilson said.

The key is considering what consumers need right now, she said. Some fast casuals have found success adding indulgent breakfast items, rather than focusing on consumers looking to grab a quick, healthy meal to start the day.

“Appeal with family offerings, including weekend breakfast,” she said.

Workers who live near downtown locations could still be receptive to to-go lunch offerings or even boxed lunches (or lunch fixings) for the week, she said.

Many fast casuals never offered dinner. But now might be the time to test an expansion of dayparts to appeal to cooped-up families, she said.

With B-to-B catering largely shut down, fast casuals could pursue direct-to-consumer catering opportunities, Wilson said. Or, they could figure out ways to provide catering to work-from-home co-workers.

“If someone is innovative and can figure out a way to deliver lunch to everyone before a Zoom meeting, we think there’s a golden opportunity,” she said.

Wolfe is optimistic about fast-casual restaurants in urban centers.

“Twenty years ago the fires at Yellowstone were considered devastating,” he said. “It led to a revival of the park and new life. I think we’ll see that … If not for Covid that brand wouldn’t exist today.”