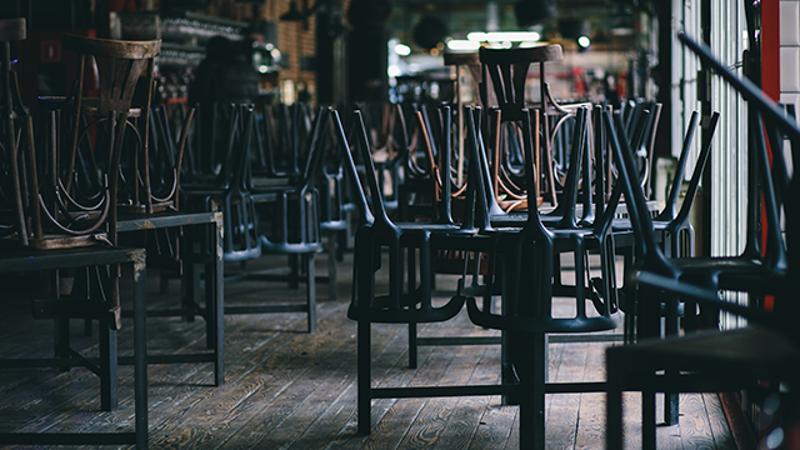 Independent restaurant owners in states and municipalities that have temporarily shut down dine-in service due to the coronavirus are demanding their governments provide assistance and further information to save their businesses from destruction.

In Chicago, a group of restaurant and bar owners called on Illinois Gov. JB Pritzker late Sunday to provide emergency unemployment benefits to all workers, rent and loan abatement, and payroll tax elimination.

“We will not survive this closure without immediate, decisive action from the government,” the group said in a statement. “We must call upon you today to announce immediately what you plan to do for our workers and for our small businesses.”

Pritzker is scheduled to release more information about the state’s dine-in closures later Monday. Chicago Mayor Lori Lightfoot said her office would have more information on how the city will help struggling restaurant workers later this week.

In Ohio, which has also halted all dine-in operations, Gov. Mike DeWine is allowing bars and restaurants to return unopened high-proof liquors to the agency from which it was purchased. DeWine is also scheduled to sign an executive order granting enhanced access to unemployment benefits.

“We are exploring all possible federal, state and local relief and economic stimulus options, and plan to share those as quickly as possible,” the Ohio Restaurant Association said in a statement.

In New York, where New York City Mayor Bill de Blasio will order dine-in service halted as of Tuesday morning, the NYC Hospitality Alliance is calling on the government for aid.

“Due to this mandated closure, restaurants and bars will no longer be able pay their employees, including paid sick leave for some, during this emergency once they are forced to close,” the advocacy group said in a statement. “Employees must be taken care of and it is now up to government to provide for them when small businesses cannot. Government also must immediately cap all third-party restaurant delivery fees at no more than 10%.”

"If ever there were a time for gov to provide fiscal leadership for hospitality workers and the industry it’s NOW," Meyer wrote on Twitter. "Mandated closings wisely protect communities, but minus [revenue], restaurants alone simply cannot fully care for our people and be able to reopen when this storm passes."

Independent restaurants have been particularly hard hit by the coronavirus pandemic, with many seeing reservations start to decline late last month. Traffic has continued to worsen, according to OpenTable data, sparking a large number of independent operators—including Meyer and Momofuku—to shutter their restaurants before being mandated by state and local governments.

Many operators have pivoted to dine-in and carry-out operations. But others, like St. Louis chef-restaurateur Gerard Craft of the Niche Food Group, have decided to temporarily shut down entirely.

Craft, in a message posted to social media, said he believes it to be counter-productive to offer delivery.

"After seeing nights of very crowded dining rooms, I found myself more terrified than relieved," Craft said in a video. "At this time, all experts are telling us that bringing people to work every day for non-essential services is continuing to make the spread of the virus worse. We will not be offering food to-go at this time."

Instead, Craft said, Niche will focus on providing free, delivered meals to people in need.

Even a pandemic can’t hold back pumpkin spice latte

Just how many virtual brands are there?

Seize the opportunity: Vegan cheeses provide variety and comfort consumers are looking for

Technology powers the future of foodservice

5 ways for restaurants to manage or reduce their unexpected expenses

With live sports quieted by the pandemic, chains turn to esports