The Melting Pot has revamped its format for the first time in the fondue chain’s 43-year history, aiming to provide customers with a broader range of dining options, from takeout to a cocktail-focused experience. 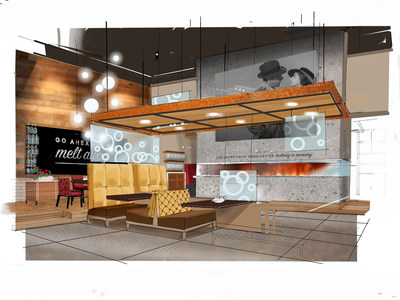 A portion of the new prototype will be devoted to The Melting Pot’s traditional service, where a large party can sit around fondue pots and stick a forkful of meat, bread, vegetables or fruit into the molten cheese or chocolate. But the new design also sports a wine tasting area devoted to flights and a bar sporting specialty alcoholic beverages, including what the chain calls Porthole Cocktails, which are shareable. 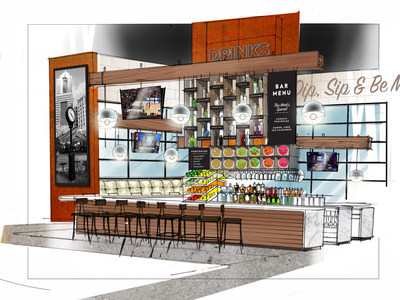 An area described as “the casual dining experience” features tables for two. 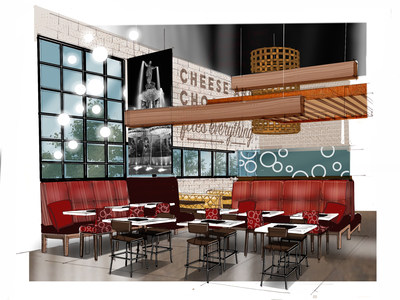 "We have created multiple dining areas to provide guests their choice of atmosphere," Mike Lester, The Melting Pot’s president, said in a statement.

A key feature of the new look will be a display kitchen where patrons can watch cooks prepare chocolate and cheese courses, according to the chain. 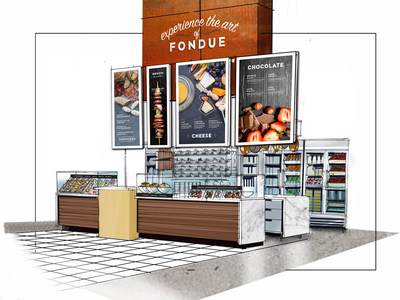 An expanded retail area is also part of the redesign, which is being retrofitted on a franchised store in Red Bank N.J. The projected cost was not revealed.

A different menu is part of the upgrade, but Melting Pot has not revealed the particulars.

“The to-go options will be part of this evolution as we will be better able to execute this with the new menu offerings,” said a spokesperson, who declined to reveal other aspects of the takeout sales effort. Takeout for The Melting Pot is largely limited at present to selected stores offering chocolate fondue, she noted.

Asked if the store will offer delivery, the spokesperson said that information will be provided closer to the grand opening.

The Melting Pot currently extends to 115 units in North America, with representation in 34 U.S. states.