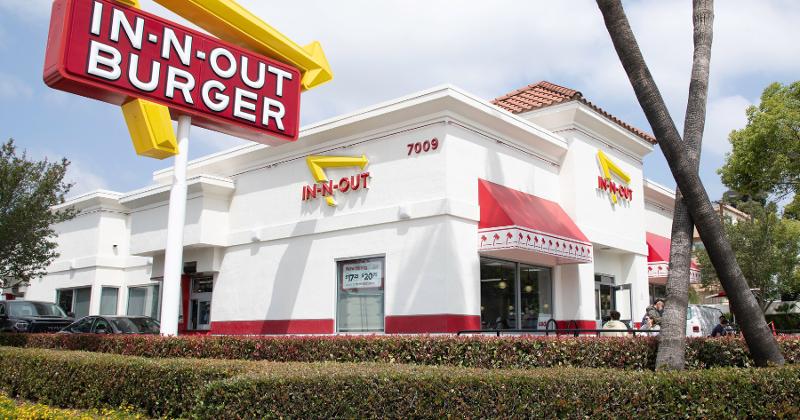 It's not clear whether the first Idaho location will be in Boise or Meridian./Photograph courtesy of Shutterstock.

Amid the excitement about In-N-Out Burger’s plans to open locations in Tennessee in 2026, the company confirmed this week that the brand expects to open units in Idaho for the first time later this year.

Reports out of Idaho have indicated the beloved Baldwin Park, Calif.-based chain has been applying for permits to open in both Boise and Meridian, but the timeline remained unclear. This week, however, In-N-Out owner and President Lynsi Snyder said through a spokesperson the company anticipates opening the first Idaho stores in late 2023—though she did not specify where.

The company in 2020 said it hoped to open in Idaho within five years, so In-N-Out is ahead of schedule, she noted.

If the expansion goes as planned, Idaho would be the eighth state in which the 385-unit quick-service chain operates. In-N-Out currently has restaurants in California, Nevada, Arizona, Utah, Texas, Oregon and Colorado, which are all company owned.

Tennessee would be the ninth state, assuming In-N-Out Burger doesn’t open elsewhere before 2026.

The iconic drive-thru burger chain, founded in 1948, has been notoriously slow in its expansion eastward.

The chain uses fresh, never-frozen, beef from its own distribution centers, which is delivered at least every other day, the company said.

Years ago, In-N-Out indicated that it would only open restaurants within about 300 miles of meat production plants, but now the company says units must be within a day’s drive.

The planned units in Tennessee, for example, will be served by the Texas plant, and company officials hinted last week that more growth could be seen along the path between Lancaster and Nashville in the future. That could mean In-N-Out restaurants could be seen at some point in Arkansas, and potentially Oklahoma or Mississippi.

“Our meat production facility in Lancaster, Texas, will enable us to provide freshly ground meat patties to our Tennessee locations for the foreseeable future,” Snyder said in an emailed statement. “While we are focusing on Tennessee at this time, knowing we’ll be delivering from our warehouse in Texas, there is a path that crosses a few other states that could be in our future.”

Unfortunately for In-N-Out fans in New Mexico, that focus on the meat plant locations has left the Land of Enchantment untouched by the brand, despite the growth of units in surrounding Arizona, Utah, Texas and Colorado.

“Our loyal customers in New Mexico remind us often that they would like In-N-Out in their home state,” said Snyder in a statement. “We don’t have anything to report at the moment, but requests from our customers are meaningful and New Mexico is a state where we would love to be one day.”