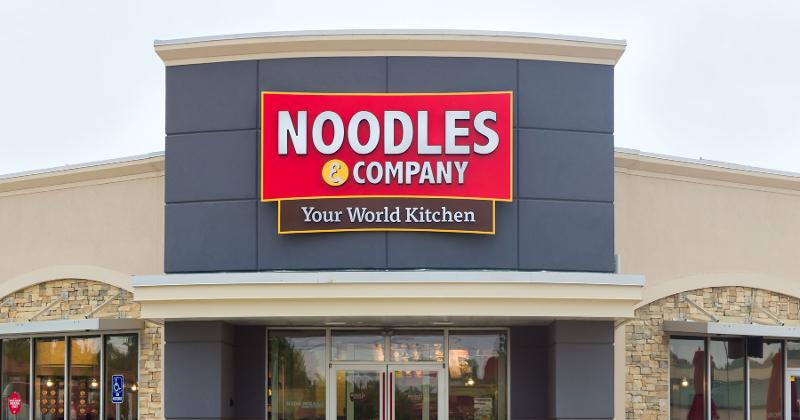 Noodles & Co. said late Wednesday that its sales are slowly rebounding after falling off a pandemic-fueled cliff in late March.

Same-store sales at the fast casual were down 33.6% for the week that ended Tuesday, up from a 54.7% same-store sales plummet the last week of March.

The Broomfield, Colo.-based chain currently has $61.1 million cash on hand and is burning through about $3 million per month. Those cash reserves were bolstered by a $47 million credit drawdown in March and another $8.5 million credit infusion last month.

“It is heartbreaking to see the impact the crisis has had on the restaurant industry,” CEO Dave Boennighausen told analysts.

Nevertheless, Boennighausen said he is “not in a rush to reopen the dining rooms.”

“We’re ready to do that reasonably soon, as the markets open up,” he said. “We will take our cues from the guests. We’re pretty much ready to provide a great and safe environment for our guests, but we don’t necessarily feel the need to rush into it.”

Each Noodles unit will be outfitted with an infrared thermometer and employees will be checked for fevers before each shift, he said.

Curbside pickup is now available at 350 of the chain’s units, and the company has added DoorDash, along with Uber Eats, as a third-party delivery provider.

The chain no longer plans to roll out new menu items or LTOs, and is instead relying on the existing menu to create $40 family meals.

While consumers were especially interested in comfort foods at the beginning of the coronavirus crisis, Boennighausen said he is now seeing a swing toward better-for-you options, such as the chain’s zucchini noodles and cauliflower-infused noodles.

For the quarter ending March 31, the chain reported a systemwide same-store sales decrease of 7.2% and a revenue fall of 8.8% to $100.3 million.

Digital sales grew 44% for the quarter, accounting for nearly one-third of all sales.

TGI Fridays finds COVID to be a mother of invention

Unrest forces some restaurants to put their comebacks on hold