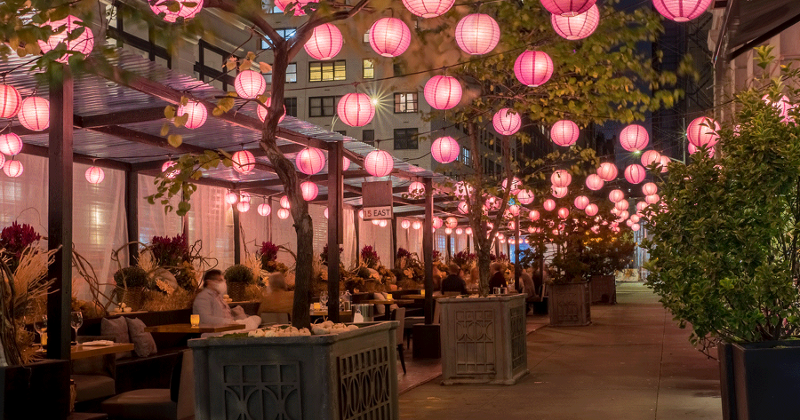 Tocqueville, a French fine-dining restaurant, and 15 East, an upscale Japanese sushi and omakase spot, long occupied two adjacent storefronts in New York City. Marco Moreira, chef-owner of both, offered very different menus and experiences at each. But when the pandemic dragged on and the city’s restaurants remained closed for indoor dining, Moreira realized that he couldn’t sustain both concepts. The loss in revenue coupled with double real estate costs would put him out of business.

“One landlord was more difficult than the other, so I moved both restaurants into the more advantageous space,” he said. Moreira was able negotiate a marginal rent with the more difficult landlord, and “bringing the two restaurants together created an economy of scale that’s sustainable,” he said. That's despite about $100,00 in renovation costs to build and equip an outdoor dining area.

By October, the new concept, 15 East @Tocqueville, was open for business. “We waited a long time to reopen because we had to figure out a lot on the fly,” Moreira said.

Since each restaurant had a loyal customer base, a big challenge was keeping the two menus distinct while operating under the same roof with the same kitchen. “I’m very anti-fusion,” Moreira stressed. 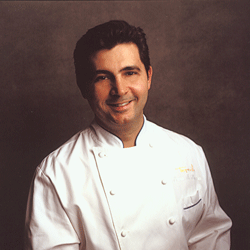 Instead, the reimagined menu includes a selection of complementary items, offering guests the choice of hay-smoked magret duck breast or a flight of sushi—not duck sushi. Moreira replaced most of the items he had before and curated new dishes, he said. A popular new entree is spicy fried chicken dusted with potato starch and cornmeal for a crisp, light coating, then served with okra—a nod to the chef’s Brazilian heritage.

The new menu is streamlined from its previous two iterations, allowing Moreira to streamline purchasing as well. “I’m ordering chicken and tuna for one restaurant, not two, cutting back significantly on inventory,” he said.

He’s also stopped buying wine for now, using bottles he had in inventory “out of necessity.” And now 15 East @Tocqueville is selling wine by the glass along with mid- or lower-priced bottles.

Most of those glasses of wine are purchased by customers sitting in the new outdoor dining space, since indoor dining was at a limited 20% capacity back when the restaurant reopened in the fall. Moreira built out 100 feet of patio over the summer and partially enclosed it in accordance with COVID restrictions. He hired an electrician to put power outside to add lighting and heating. The patio brings the total number of seats up from 120 inside to 200 in total.

Another necessary addition was the installation of a waiter station outside to eliminate a four-minute round-trip walk from kitchen to patio. And Moreira converted a former coat check into a service bar to shorten drink delivery. The restaurant now offers prebatched cocktails to further ease operations.

In order to be profitable, Moreira had to consolidate employees from the two restaurants into one staff. “I brought back people I couldn’t live without, but wasn’t able to bring back some of the top salaries,” he said. The chef de cuisine, sushi chef and pastry chef were among the essential team members he kept.

“On a positive note, the team came back re-energized and ready for work,” said Moreira. “They’re not as competitive as they had been when I had two restaurants, and they’re working extra-hard and creatively.”

In retrospect, the decision to merge the two restaurants seems like a “no brainer now, but not so much when I had to make the decision back in September,” Moreira said.

He feels especially lucky about the investment to build out the patio. “Outdoor dining was pretty robust from October through December, and I believe it’s here to stay in New York year round.”