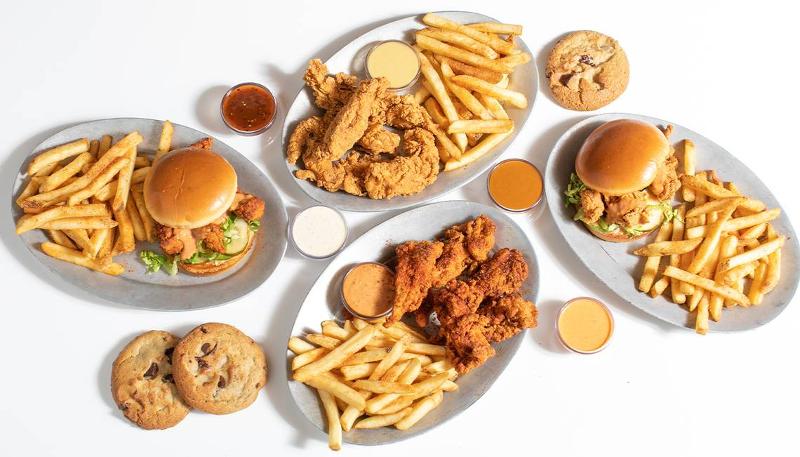 The parent of Outback Steakhouse and Carrabba’s Italian Grill is expanding the test of its newest venture, the virtual chicken concept Tender Shack, to 13 markets.

Tender Shack offers chicken-based sandwiches and platters exclusively for delivery by DoorDash, the third-party service used by the restaurant brand’s parent, Bloomin’ Brands. The food is actually prepared in the kitchens of Outback and Carrabba’s restaurants, with Tender Shack listed as the source in online and app listings.

As with other virtual brands, the move is intended to have the virtual brand land high in the search results when consumers are hunting for an operation to deliver a particular product they’re craving, such as chicken tenders. It is essentially a means of search engine optimization (SEO), or how to bump up a listing in online searches.

“Our customers and our operators have been very pleased with the test and we’re excited to expand the test to additional areas,” said Michael Stutts, Bloomin's chief customer officer.

Many casual-restaurant operators like Bloomin’ have been experimenting with new concepts and formats in their quest to boost off-premise sales. Bloomin’ is also trying a drive-thru concept called Aussie Grill by Outback. Texas Roadhouse said it plans to step up development this year of its drive-thru holding, Jaggers, and Famous Dave’s is using units of the Johnny Carino’s Italian chain as ghost kitchens for its barbecue.