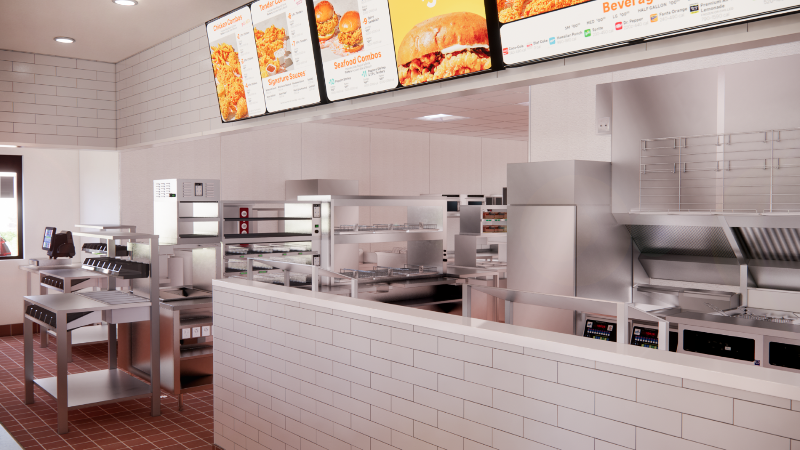 Popeyes has redesigned its kitchens to be more efficient./Photo courtesy of Popeyes Louisiana Kitchen.

And by “big” we mean on Times Square, where the Miami-based chicken chain is planning a new flagship set to open this June, the company said on Tuesday.

It’s part of a strategy by the chain to speed up its growth this year, which marks its 50th anniversary since its founding in 1972 by Al Copeland in New Orleans. Popeyes says it plans to open more than 2,000 locations in the U.S. and Canada this year, which will give the brand more than 3,000 restaurants in the country.

The brand has already reopened its flagship location on Canal Street in New Orleans, featuring the domestic debut of its “NOLA Eclectic image” that was previously debuted in Shanghai. The location is prominently located on the Mardi Gras parade route. 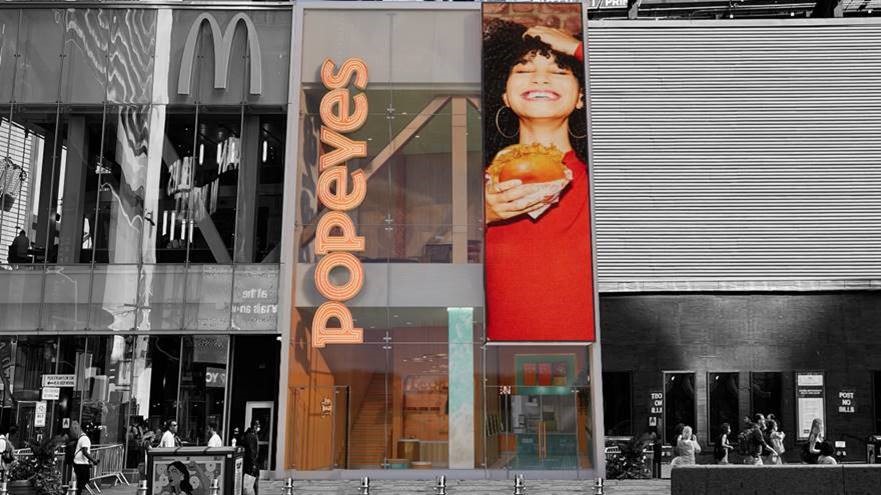 The moves come as the brand has shifted into more aggressive unit growth in recent years and it believes its chicken sandwich can be the foundation of a changed brand that can go into different markets than it did when it largely focused on bone-in fried chicken.

System sales at Popeyes slowed last year, growing 4.1% largely due to slowing same-store sales as it came off strong performances at the end of 2019 and into 2020, according to the Technomic Top 500 Chain Restaurant Report.

U.S. system sales were $4.8 billion, and much of its growth came from its 5.6% domestic unit growth. Popeyes has added about 700 units in the U.S. since 2018, while average-unit volumes have increased by 26%.

Many of the new locations Popeyes is planning are designed to take advantage of a more on-the-go customer. More than half of the new restaurants slated in the U.S. and around the world this year feature double drive-thrus, for instance.

The company is also reconfiguring its back-of-house technology, including new kitchen designs. The new kitchens are designed to handle higher volume and be more efficient and features more technology that is designed to make employees’ jobs easier. The company plans to debut these new designs later this year in Lafayette, Ind. 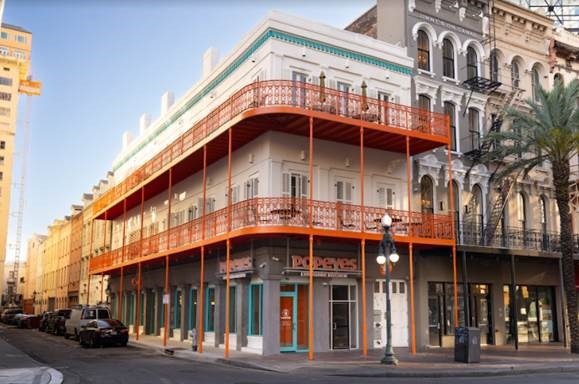 The new restaurants are also designed to account for higher levels of mobile orders, with digital pickup shelves and curbside service. The restaurants will also have self-order kiosks.

Globally, the company is planning to expand into new markets like South Korea, France, India and Romania. It is also planning more expansion in China, the U.K., Spain, Brazil, the Philippines, Mexico and other countries.

Domestically, New York will be a big target. The company plans to open at 1530 Broadway, with self-order kiosks, a two-story food transporter so customers can dine upstairs, digital order ready boards and a merchandise store. The location is owned by Ali Butt, who is opening other locations in New York, such as on Staten Island, on 6th Ave., and Fulton Street.