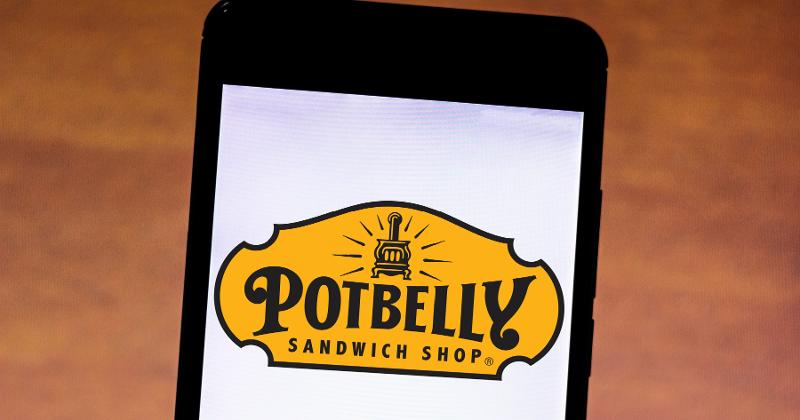 Digital sales have grown to 36% to 39%./Photograph: Shutterstock.

In a presentation at the annual ICR investor conference, Potbelly President and CEO Bob Wright outlined the fast-casual sandwich shop’s plans to reach 2,000 units and re-ignite franchise growth. Currently the 429-unit chain is about 90% company owned, but the company plans to refranchise about 25% of its stores in the next two years to help spark new development.

Potbelly ended fiscal 2022 with the new digitized makelines—dubbed Potbelly Digital Kitchens—in about 25 locations, and Wright said there are plans to expand the technology rapidly.

“We haven’t officially said we’re making it a national rollout, but we’re very happy with the results,” he told the ICR audience.

All Potbelly stores have had two makelines from early days. The back-of-the-house line was previously dedicated to catering, but proved hugely beneficial as the pandemic forced a pivot to digital sales. At Potbelly, digital sales have reached between 36% and 39%.

Fully digitizing the makelines has helped drive accuracy and speed, and has brought food quality scores to new highs, said Wright. And because it’s more efficient, the chain has been able to take an hour a day out of labor, which helps offset the tech investment.

The Chicago-based chain’s performance exceeded expectations in fiscal 2022, according to preliminary fourth quarter and year end results presented at the conference.

Potbelly’s average unit volumes for the year are expected to be in the $1.16 million to $1.17 million range, surpassing earlier projections of $1.14 million to $1.16 million. Wright’s goal is to reach systemwide AUVs of $1.3 million by 2024, and he said some units have already achieved those numbers.

Same-store sales for the year were up 18.4% to 18.5% for the year ended Dec. 25, topping the high end of guidance. And restaurant margins are expected to be in the 10.2% to 10.4% range, higher than the roughly 10% expected earlier with the help of moderating commodity and wage inflation. The company plans to reach 16% margins by 2024.

Those results are key as Potbelly turns to franchise growth this year.

The company plans to refranchise about 100 units over the next two years, targeting franchise operators who commit to develop about three to five new units within the territory for every company restaurant acquired. Wright said the chain has about 51 new franchised units under development.