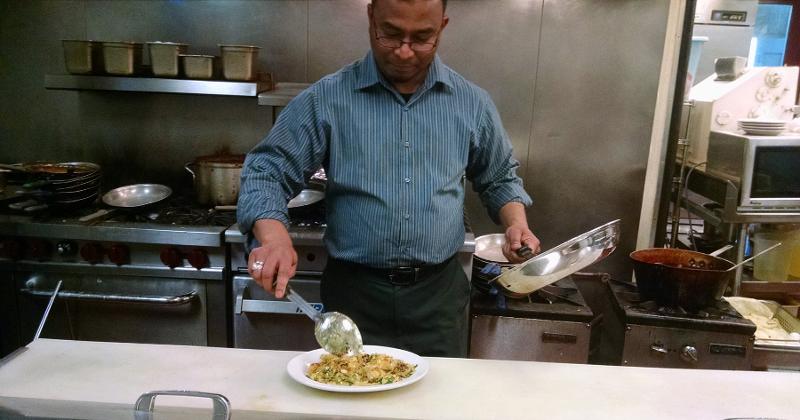 A Minneapolis restaurant that was damaged amid protests responded to the destruction Friday with this message: “Let my building burn.”

The now-viral Facebook post from the Gandhi Mahal restaurant then refers to the unrest following the death of George Floyd, a black man who died after a Minneapolis police officer knelt on his neck: “Justice needs to be served, put those officers in jail,” the post said.

Ganhdi Mahal caught fire overnight, according to local reports. The area around the restaurant has been subject to intense rioting—it is about a block away from the Minneapolis Third Police Precinct, which also burned. Dozens of Twin Cities businesses have been damaged, looted or burned amid the protests, according to local reports. Gandhi Mahal shares a building with other restaurants that also sustained damage.

For Twin Cities restaurants, the unrests comes on top of ongoing fallout from the coronavirus pandemic, which makes Gandhi Mahal’s response all the more remarkable.

The full post was written by the daughter of Ruhel Islam, who opened the Bangladeshi/Indian restaurant in 2008. She thanks neighbors who stood guard outside the restaurant and expresses solidarity with protesters and the community:

The post was met with virtually unanimous support from community members and others. Some said they’d never eaten at Gandhi Mahal, but planned to do so in the future.

“Being willing to lose your own livelihood in the name of justice is incredibly honorable, we need more people like this,” one person wrote.

On its website, the restaurant says it is “Dedicated to bringing peace by pleasing your palate.” It focuses on traditional Bangladesh and Indian recipes made with locally sourced ingredients.