As an alternative to fully prepared to-go meals during the COVID-19 crisis, restaurants are now creating meal kits for takeout and delivery. These options add an interactive element to a meal, providing housebound consumers with a chance to participate in some of the assembly and/or prep. 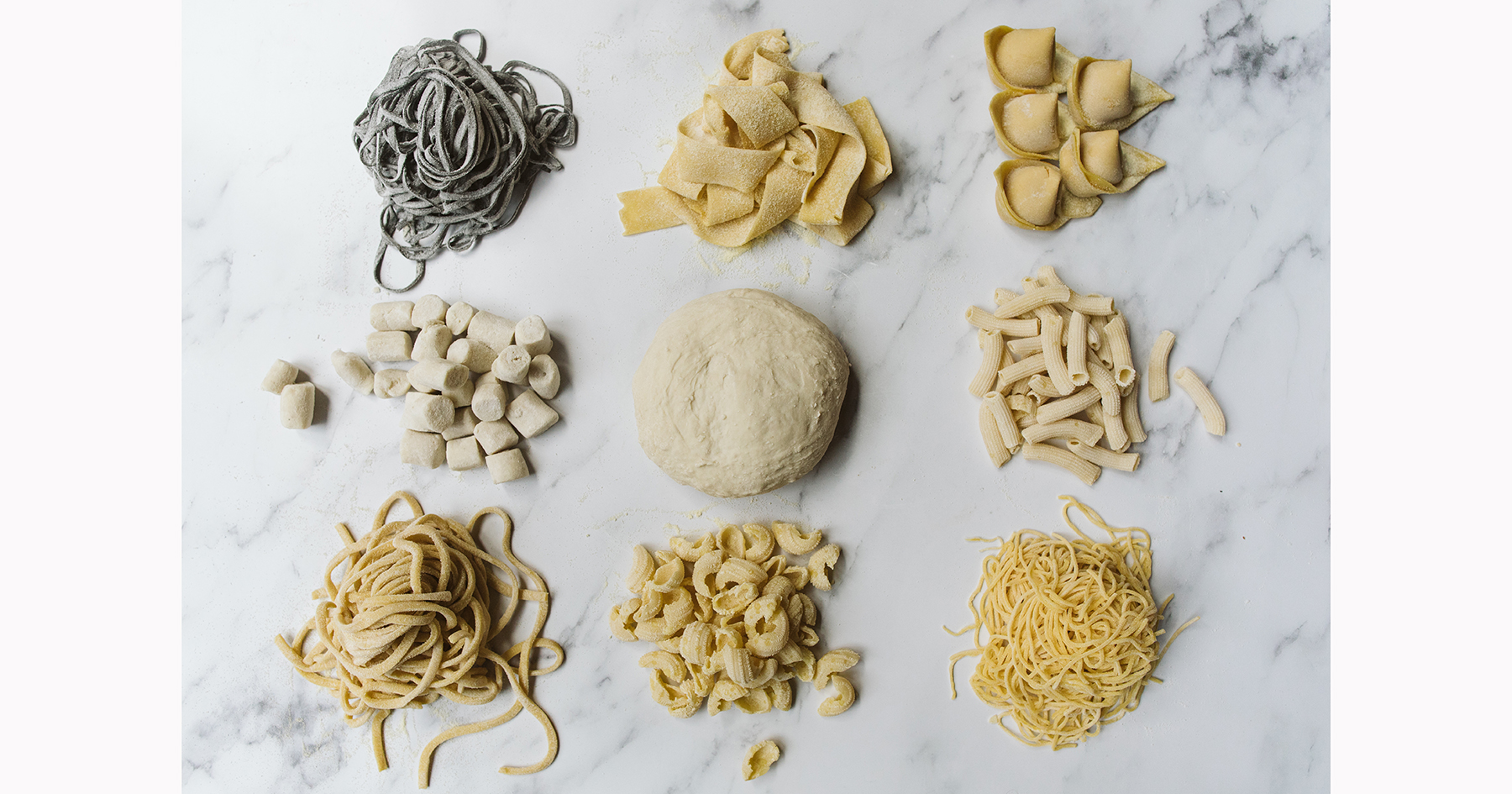 Seoul Taco, with locations in Illinois and Missouri, is packaging up several of its menu signatures for housebound cooks. Among the choices, each of which sells for $32 and feeds four, are the Gogi Bowl Meal Kit, with rice, gochujang pepper paste, Korean salad mix, veggies and eggs; and the Burrito Meal Kit, with kimchi fried rice, Seoul sauce, wasabi sauce, sour cream, Korean salad mix and flour tortillas; each includes a protein selection. In addition, meats marinated with the restaurant’s sauces are available by the pound. 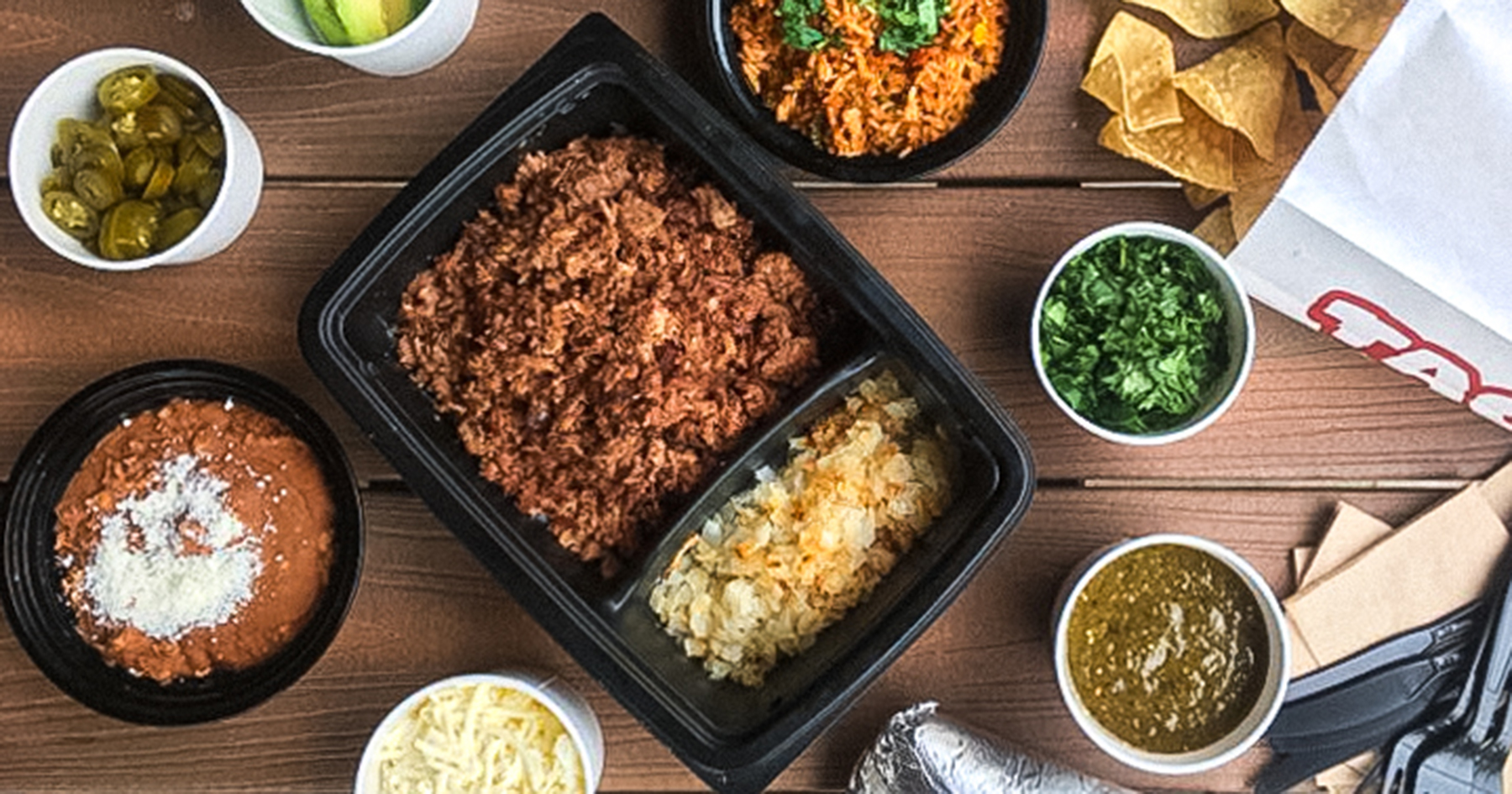 Family Packs from Torchy’s Tacos include a choice of fully cooked and seasoned meats, tortillas and toppings, plus rice and beans. For $25, four to five diners have enough food to build their own tacos at home. At-home margarita kits are available in all Texas locations for adults over 21. These include a bottle of tequila, housemade sweet-and-sour, lime wedges and a Torchy’s shaker for $40. Colorado customers can get premixed individual-size margaritas to go. 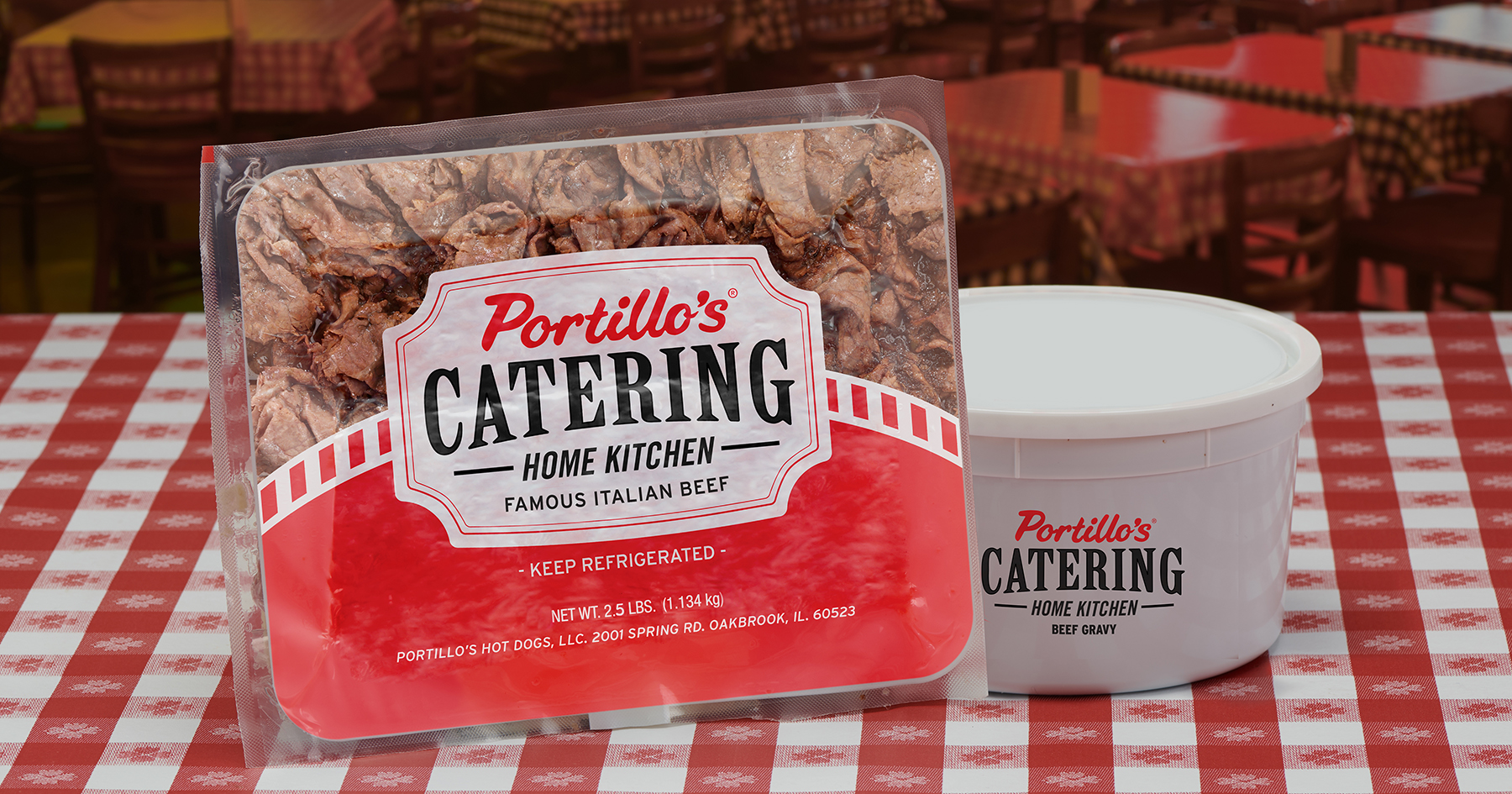 Portillo’s is encouraging its order takers at the drive-thru to ask guests if they’d like any extra Italian beef to stock their fridge at home. It’s available in 1- and 2.5-pound packages to go, and customers can get all the fixings too—peppers, gravy and bread. Price varies by location.

Hoping to snag the brunch crowd is Einstein Bagels. For $29.99, customers get a box of six bagels, a tub of cream cheese shmear, three egg sandwiches cut in half, four blueberry muffins and four twice-baked hash browns. Also available are Take & Make Pizza Bagel and Deli Kits for $9.99 and $29.99, respectively. The pizza kit includes the ingredients needed to make six cheese and six pepperoni bagels, while the deli kit comes with sliced turkey, ham and cheese, onion, tomatoes, lettuce and condiments.

Southern California restaurant group Norm’s put together Norm’s Care Packages for pickup and delivery. Several options are available, all priced at $35. The classic breakfast package comes with 15 eggs, 1 pound each of bacon, sausage and ham, 2 pounds of hash browns, 1¾ pounds of sliced fruit, six biscuits, a half-gallon of milk or juice and a roll of toilet paper. A steak dinner for six, at the same price, features six New York strip steaks, potatoes for baking, 1½ pounds of the vegetable of the day, onions and a bottle of steak sauce.

Klatch Coffee is offering ready-to-go breakfast and sandwich kits that each feed up to four people for $27.50. The breakfast kit comes with either four bagels or eight pieces of artisan bread, eight eggs, a quarter-pound of cheese and a half-pound each of ham and sliced fresh fruit, while the sandwich kits include eight slices of artisan bread, 1 pound of ham or turkey, a quarter-pound of cheese, avocado, tomato, lettuce, condiments and four chocolate chip cookies.

Nekter Juice Bar is also going with the kit idea to transform its beverage concept to home use. The chain’s most popular smoothies—Berry Banana Burst, Pink Flamingo and Mango Delight—are available frozen and pre-portioned, ready to blend with a liquid base of the customer’s choice. The Take It and Make It smoothies are sold four to a pack for $16 or individually for $5.50 apiece.