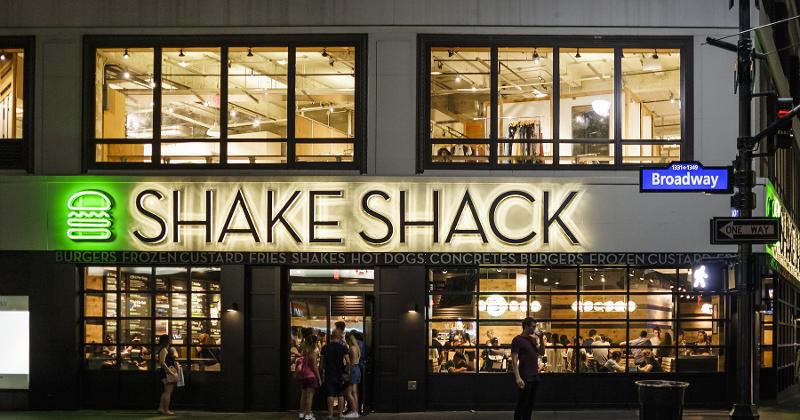 Shake Shack painted a bleak picture of its business Thursday, revealing that the coronavirus crisis has driven down sales an average of 70% and that it has furloughed or laid off about 20% of the staff at its corporate headquarters.

The fast-casual burger chain’s same-store sales were down about 2% in the first two months of Q1, Shake Shack said in a press release. As COVID-19 appeared in the U.S. in early March, same-store sales began to “decline significantly,” with comps down 29% in March and sales falling between 50% and 90% systemwide.

Nine Shake Shacks are currently temporarily closed, and Shake Shack dining rooms are closed systemwide to slow the spread of the respiratory illness. The chain has abandoned its exclusive relationship with Grubhub and has expanded its third-party delivery arsenal to include Postmates, DoorDash, Caviar and Uber Eats.

Late last month, the company drew down its revolving credit of $50 million. As of Wednesday, Shake Shack had $104 million in cash and marketable securities on hand.

In addition to laying off or furloughing a fifth of its corporate staff, the chain has implemented salary reductions for all executives and headquarters staff, as well as a hiring freeze and staffing reductions.

Design and construction of new units has been halted, and there are no plans to open additional stores this year.

The chain is reviewing operating hours as well as future potential unit closings where “sales are not at levels sufficient to stay open during this time,” it said in a statement.

“We are navigating through an unprecedented time that continues to evolve rapidly,” Shake Shack CEO Randy Garutti said in a statement. “Our message across the company has been to lead with hope, while acting on reality, and to make the necessary choices today to ensure our strength and growth continues for many years to come. We are taking the crucial steps to safeguard the health of our teams and communities, while we work to serve our guests to the best of our ability.”

Shake Shack, which has more than 280 units worldwide, was struggling with falling sales and traffic before the coronavirus crisis. It reported a 3.6% same-store sales decline for the quarter ended Dec. 25, largely driven by a 5.4% drop in traffic.