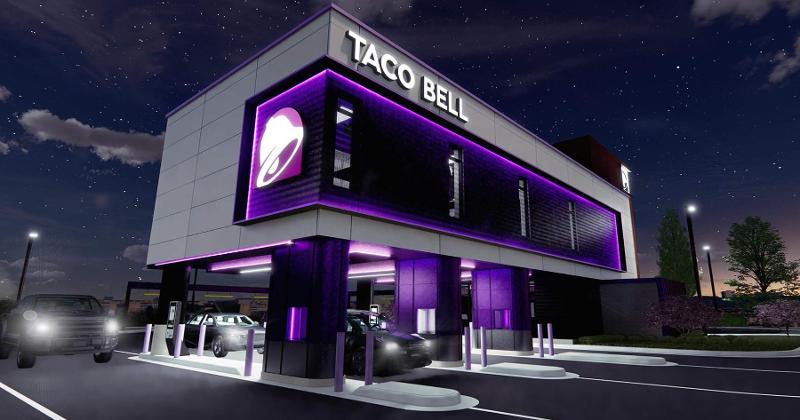 A Taco Bell franchisee is building a new restaurant that the chain said will be the fastest way to get its food: a two-story, technology-heavy unit with four drive-thru lanes dubbed Taco Bell Defy.

Border Foods, which operates more than 200 Taco Bells in the Midwest, will break ground on the prototype in the Twin Cities suburb of Brooklyn Park later this month, with plans to open to the public next summer. The design shares some features with Taco Bell's Go Mobile prototype, which has two drive-thru lanes and puts mobile ordering at the forefront.

Unlike the smaller-footprint Go Mobiles, Defy will measure 3,000 square feet, which is as big as some traditional Taco Bells. But much of that space will be drive-thru, with three lanes dedicated to orders placed in advance in the Taco Bell app or third-party apps.

Those customers will pull up and scan a unique QR code associated with their order. The food will descend from the kitchen above via a lift system that allows for contactless delivery, though customers will be able to communicate with staff via video screen.

Border Foods worked with Minneapolis-based design company Vertical Works to develop the high-tech system and is partnering with Taco Bell to make it happen. It will be Border Foods' 230th restaurant and its 82nd new build.

"This new, innovative concept ... will improve a major aspect of the consumer experience: drive-thru speed," said Aaron Engler, president of Border Foods, in a statement. "We're partnering with Taco Bell and the best and brightest in technology and design to create what will very likely be the future of quick-service restaurants."