Taco Bell plans to open a location next year that may well be the future of fast food.

The location will feature two drive-thru lanes, including a new pickup lane with rapid service for customers who order through the company’s mobile app. That lane will be alongside a traditional drive-thru lane. 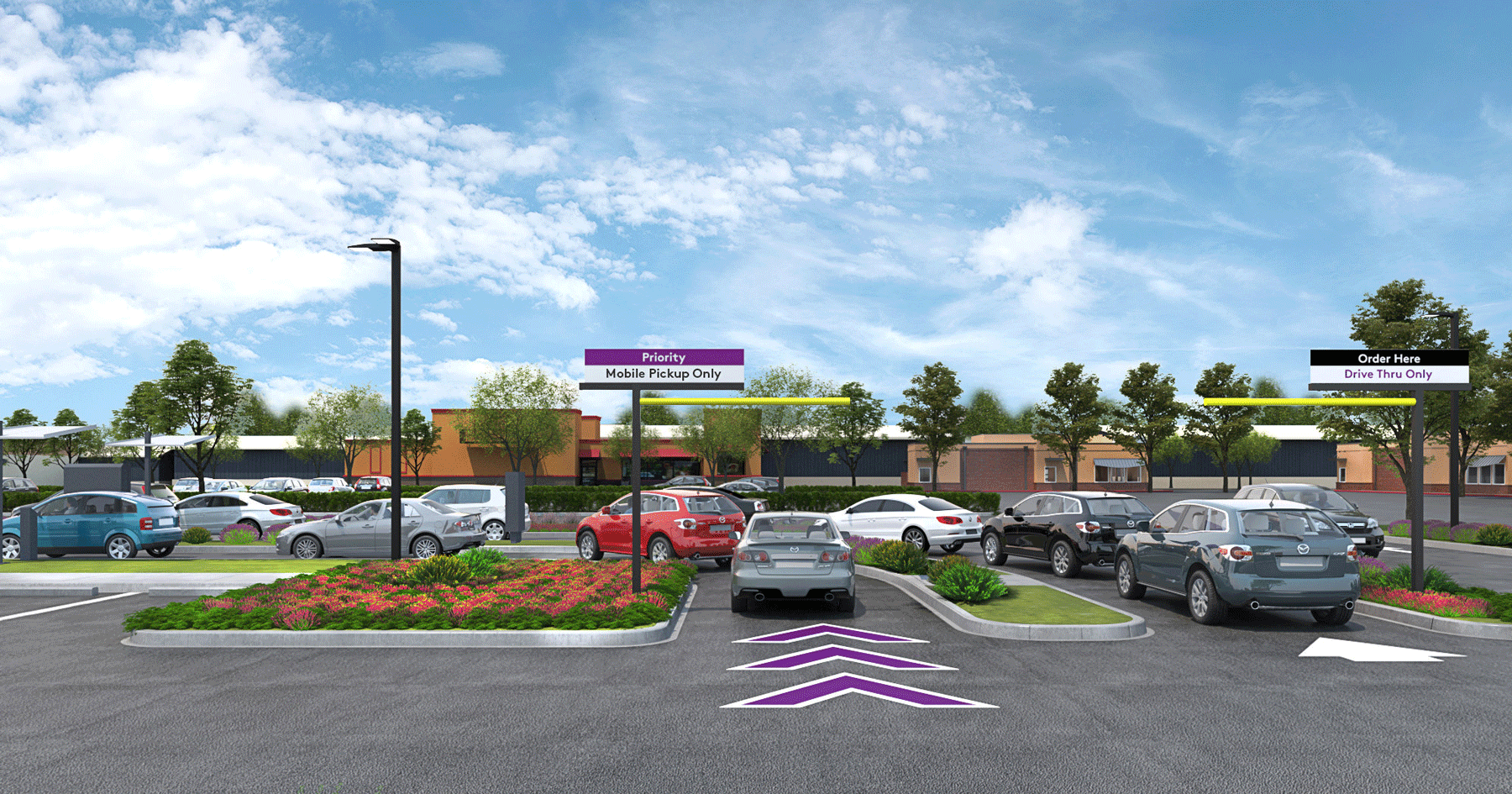 There’s another element: The restaurant itself is smaller.

The Taco Bell Go Mobile location will be 1,325 square feet, just over half the size of a traditional, 2,500-square-foot Taco Bell restaurant.

The location will also have smart kitchen technology integrated with the company’s mobile app that will detect when customers arrive at the restaurant. It will also suggest the quickest route for the customer to pick up the food.

The location will have contactless curbside pickup along with tablet ordering at both curbside and in the drive-thru with a team of employees known as “Bellhops.”

Taco Bell has already started incorporating some of the restaurant’s features into existing locations.

“With demand for our drive-thru at an all-time high, we know adapting to meet our consumers’ rapidly changing needs has never been more important,” Taco Bell President Mike Grams said in a statement. “For the first time, our guests will have the ability to choose the pick-up experience that best fits their needs, all while never leaving the comfort of their cars.”

Few services have become as vital to the restaurant business during the pandemic as the drive-thru, while mobile ordering has exploded. As a result, chains are eagerly pushing more drive-thrus while figuring out methods for serving mobile customers without disrupting traditional service, and these strategies have frequently coincided.

Chipotle, for instance, slowly began experimenting with mobile-order drive-thrus it calls “Chipotlanes.” It put that effort on the fast-track late last year and has been particularly bullish about the concept now, boasting 100 such lanes. The company is now aggressively pushing more such lanes, believing them to be a key element in their digital strategy.

Drive-thrus themselves have seen growing overall demand long before the pandemic even as some cities limit their construction. Many fast-food companies get two-thirds or more of their sales through the window. That has made them ripe for innovation. Chains like McDonald’s are adding artificial intelligence to their drive-thru lanes while concepts such as Jack in the Box are focusing their remodels on that lane, noting that it’s best to concentrate their efforts where most of the customers are.

The quarantine, however, has made them vital. Fast-food chain sales have thrived during the pandemic, so much that numerous non-drive-thru chains have created makeshift drive-thru lanes. Chains such as Starbucks and Dunkin’ are intensifying their own drive-thru development now after watching stores with those lanes recover far faster than their traditional walk-in stores. Sales at fast-food concepts were up 24% year-over-year last week, according to Facteus. Drive-thrus are a primary reason. 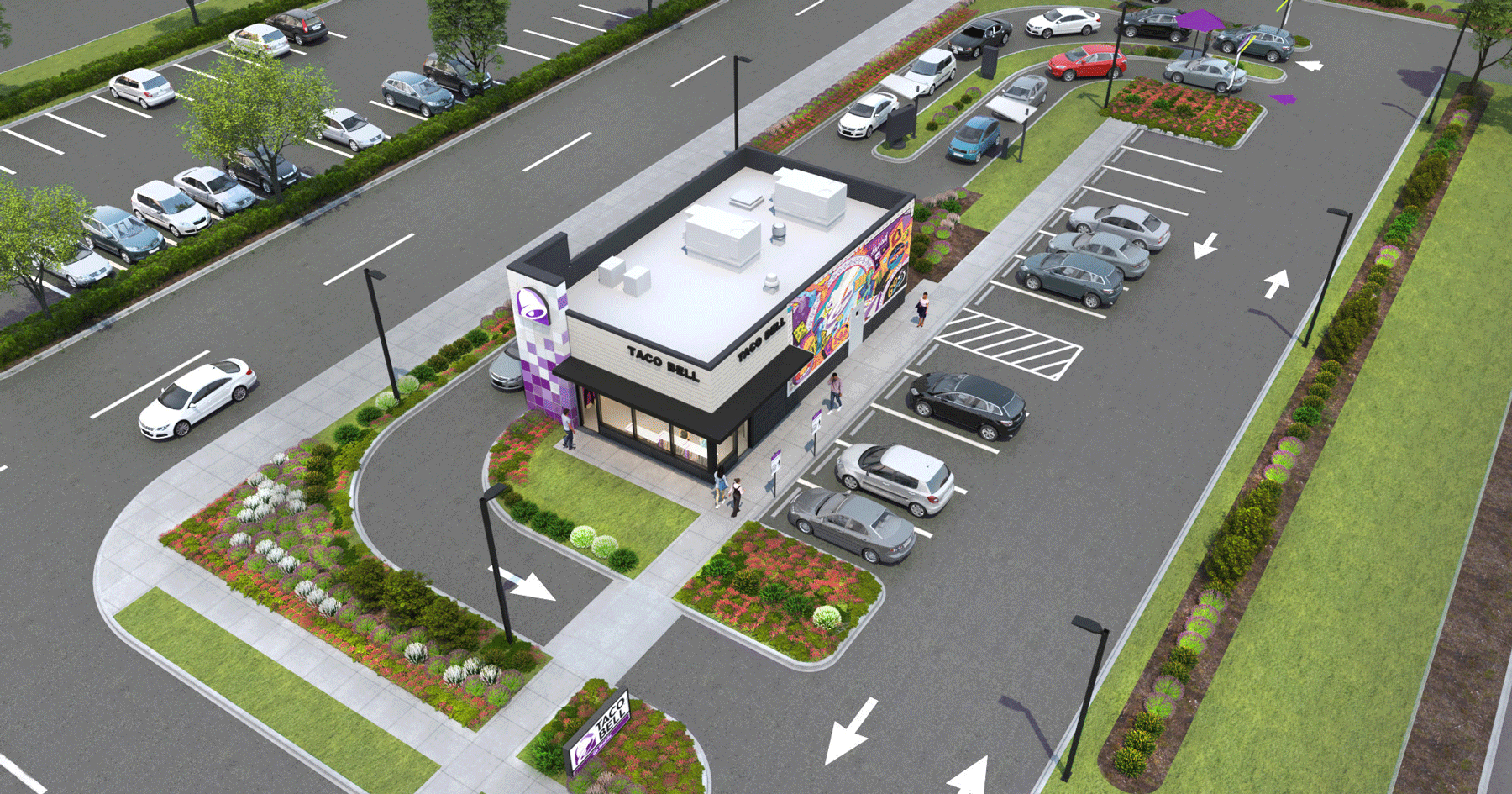 Taco Bell in recent years has been emphasizing much of its innovation in urban markets, through its Cantina concept. The company opened its 60th Cantina restaurant late last year, for instance.

Yet Taco Bell has also seen the importance of takeout and the shift toward drive-thru business in recent months. The company served an additional 4.8 million cars last quarter, the company told analysts late last month, according to a transcript on the financial services site Sentieo. The company improved its drive-thru times by 18 seconds during the period.