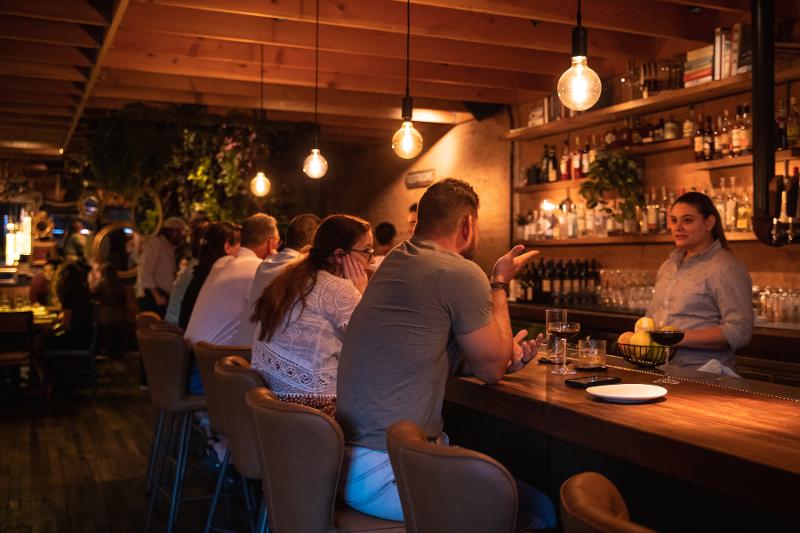 In addition, most of the workers at his restaurant Rye and the adjoining cocktail lounge Apothecary also now have access to a package of other benefits: paid time off, family and bereavement leave, as well as professional development and reimbursement for some certifications, and half-off dining in the company’s restaurants.

And, to do all this, Agar began adding a 3% surcharge to customer checks, a move that is disclosed on the menu via QR code and on the website in detail.

The surcharge is optional and entirely separate from the gratuity, Agar explained. And, for the first couple of weeks, it seemed to go just fine. No customers objected or declined to pay the additional charge, he said. About 22 workers opted for the healthcare benefits.

Then the Dallas Morning News ran a story about the surcharge and the press coverage began to spread. Agar said the restaurant began getting negative comments—which he said largely came from people who had never visited the restaurant.

Surcharges have been popping up in restaurants for years. The trend began on the West Coast in cities like San Francisco, where healthcare mandates drove up labor costs. Since the pandemic, such surcharges have appeared in many formats across the country as restaurant operators struggle to manage increasing costs.

Just this week, for example, a restaurant in Wichita, Kansas, made headlines for adding a 3% “adversity surcharge” to help cover high commodity costs.

About 16% of restaurant operators added fees or surcharges to customer checks in 2022, according to the National Restaurant Association’s Business Conditions Survey in August, which was based on a survey of about 4,200 operators.

Agar notes, of course, that the last thing any Texan wants to hear is “this is how they do it in California”—or even Austin, where he said surcharges are also not uncommon.

But restaurant surcharges appear to be a new idea in Dallas, he said.

Agar was braced to answer critics who questioned why diners should be asked to cover the cost of benefits like health insurance—a luxury Agar has not had himself for years, until now.

When asked why he doesn’t just raise menu prices to cover such costs, Agar contends that asking guests to pay a surcharge is actually more transparent.

Others have expressed concern that the surcharge would discourage customers from leaving tips, but Agar said there has been no impact on gratuities so far.

He hopes the move will spark a conversation that is long overdue about why the industry so often lacks basic employee benefits available in other industries, and why taking better care of workers is such an important factor in running great restaurants.

For months, job applications at Rye had slowed to a trickle. But the day the Dallas Morning News story about the surcharge published, Agar said four people walked in to apply for jobs.

That’s crucial for parent company Walkabout Hospitality as Agar prepares for growth. The original Rye location suffered a fire last year and is under construction to reopen. His existing concepts also plan to add more seating and later hours.

“Everyone on Texas talks about how hard it is to get a good team, to get any team at all,” he said. “I think this is going to make a huge difference.”