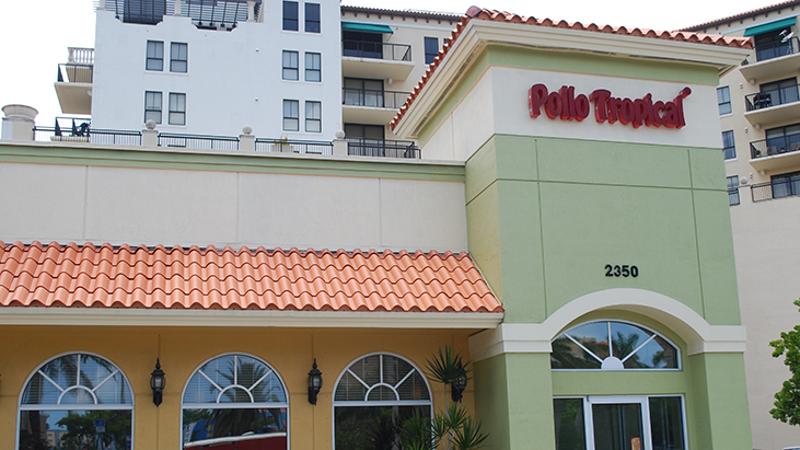 The parent of Pollo Tropical is closing all of the chicken chain’s units in the Dallas and Austin, Texas, markets today as part of a new turnaround strategy for the brand and its Latin sister, Taco Cabana.

An internet listing shows 11 Pollo Tropicals were operating in those areas as of yesterday.

The effort also calls for halting expansion and renovation of both chains until a “relaunch” of each is engineered. The repositioning of Pollo Tropical is slated for September, with the update of Taco Cabana to follow later this year. Advertising and marketing expenditures for both brands will also be curtailed until the rejuvenations.

As part of that effort, both brands will switch to better “natural” ingredients through the menu, and staffing will be increased to improve service. Both will also focus on enhancing delivery and catering sales through technology.

The strategy detailed by Fiesta Restaurant Group, the brands’ parents, suggests that Pollo Tropical is regarded as the bigger problem for the company, which earlier sought unsuccessfully to find a buyer for both brands.

As many as five of the closed Texas stores could be rebranded as Taco Cabanas, Fiesta said.

Meanwhile, all 19 Pollo Tropicals left operating outside of Florida, the state where the brand has its strongest following, will remain company operations, Fiesta said. The move shifts the risk of a repositioning to the franchisor, the company said.

It did not disclose details about the direction it might take with both brands, but noted that “price elasticity” would be reviewed across all markets.

Simultaneous with revealing the turnaround strategy, Fiesta revealed that same-store sales for the first quarter declined 6.7% at Pollo Tropical and 4.5% at Taco Cabana.

The announcement of the closings is the latest bad news to come from Fiesta, which was once part of Carrols Corp., the largest Burger King franchisee. The company had said it would spin off Taco Cabana, but then reversed that decision. It then disclosed plans to sell the company, but no buyer was found.