To get an idea of what it was like to live life as a vegetarian, Bartley tried it. “I visited restaurants for a period of time, tried to order from the menu and realized salad was usually my only option,” she says.

Her vegetarian challenge contributed to White Castle’s debut of a black bean-based veggie slider, launched a couple of years ago as an LTO. Vegetarian customers responded very favorably, Bartley says, but she saw a need to offer something more—something with a meatier taste that was closer to White Castle’s iconic beef sliders. “I asked my team to keep their eyes out for what that might be,” she says.

That team, which gathers weekly to brainstorm, includes culinary, supply chain, operations and marketing. They saw an opportunity with Impossible Foods, so Bartley and her team forged a partnership. “Impossible Foods understood what we wanted and was willing to find a way to make the burger patties in slider size,” she says. “Plus, we’re nimble. There are fewer layers to go through at White Castle [when introducing new products], and both franchisees and leadership were totally supportive.” 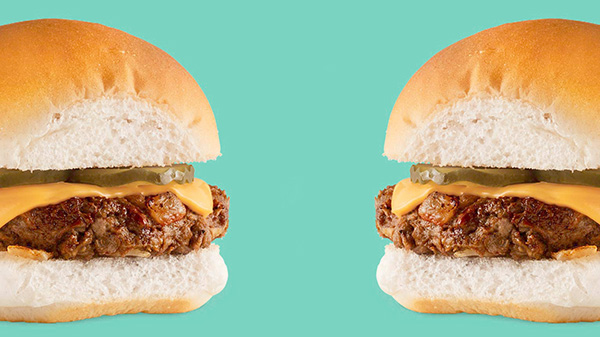 Last April, the oldest burger chain in the country was the first major chain to menu the plant-based sliders, testing them in New York, Chicago and New Jersey. White Castle had fun marketing it, says Bartley. “We held a big party in New York for the initial launch, and Harold and Kumar (the stars of the film ‘Harold & Kumar Go to White Castle’) returned to do social media,” she says. Customers who sampled the slider gave it very high customer satisfaction ratings, and the launch exceeded financial goals, Bartley adds. And market research shows that lapsed customers who gave up red meat are now coming back to the chain.

Bartley was adamant about crediting her entire team for the slider’s success, but the 30-year White Castle veteran concedes that she acted as facilitator. She pulled the team together to make it happen, and when there was a roadblock, Bartley says she pushed it out of the way.