In the 14 years that Craw has led the culinary team, Arby’s has distinguished itself as a maverick in the quick-service space.“We’re big on bringing surprising ideas to the fast-food drive-thru,” he says. Among those surprises are sandwiches made with duck, venison and bison. These innovative items jibe with Arby’s “We have the meats” branding, but it’s not only the ingredients that set the menu apart—it’s also the preparation techniques. While many QSRs are limited to serving grilled burgers and deep-fried tenders, Craw and his team introduced meat cooked sous-vide style to enhance its texture and flavor.

The chef has forged partnerships with several specialty suppliers to deliver “the gold standard” of proteins. For Arby’s top-selling Smokehouse Brisket Sandwich, the 13-hour smoked brisket is sourced from a Texas barbecue specialist and hand-sliced in store. Another supplier partner does the prep work for the chain’s Cajun Deep Fried Turkey Sandwich—a technique that involves several steps to achieve authenticity. 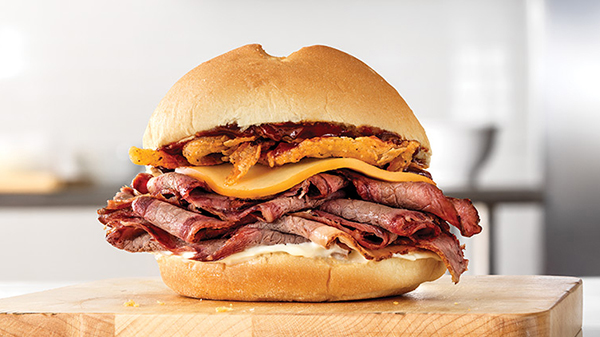 Craw has propelled Arby’s into a culinary-driven company, developing thousands of ideas every year to “give customers great sandwiches they can’t find anywhere else,” he says. That passion and drive has cemented Arby’s as a sandwich destination, and while Craw is the face and force behind the menu, he insists that “culinary and marketing are joined at the hip.” It’s that ability to form partnerships—with suppliers, operations, marketing and other essential teams—that makes him an innovative and successful leader.