“We’ll be the better burger company,” said Easterbrook to a group of reporters at an event in 2017 to highlight some of McDonald’s new technology strategies. Someone had asked about the fast-casual burger players, and Easterbrook responded with this statement that has been something of a mantra for the chain for the past four years.

Since taking over the Chicago-based giant in 2015, he has pushed the company to make major improvements to its menu. From simple changes, such as real butter in the chain’s Egg McMuffins, to major, industry-shifting moves such as agreeing to reduce antibiotics in the chain’s beef, McDonald’s has worked to improve its menu under Easterbrook’s direction.

And given the 38,000-unit, $86 billion behemoth’s size, its influence on the entire industry cannot be discounted. 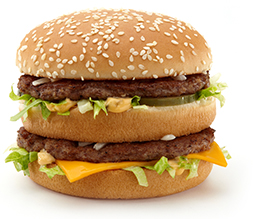