It’s rare for a new menu item to reverse the fortunes of a restaurant brand in the way that zucchini noodles did for Noodles & Co. last summer.Same-store sales and traffic surged at the long-struggling chain to its best showing in six years, and executives credited the boost largely to zoodles.

“For many years, people pretty much avoided us because they thought noodles and pasta were not healthy,” said Graff. “It’s been a big contribution to our sales growth.” 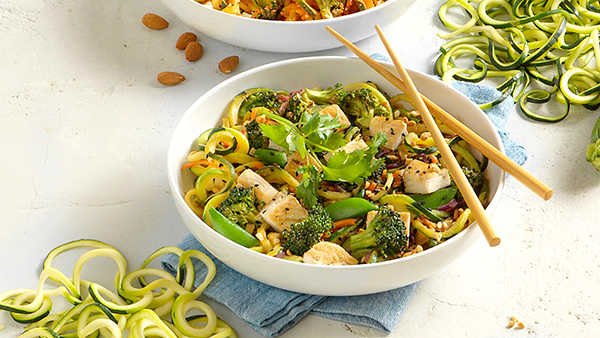 Graff and his team didn’t simply sit still on the success of the zoodles, though. After witnessing the explosion, they worked with a manufacturer to develop an electric spiralizer to expedite the zucchini-noodle-making process; the tools were added to all units early this year. Now, after spiralizing, the zucchini soaks in a salt solution for a couple of hours—down from the original four-hour process—to draw moisture from the noodles. Through streamlining, Graff and his team shaved a 45-minute prep down to 15 to 20 minutes a day.

“There was some reluctance on my team because there was fear it might increase labor costs,” Graff said. “It has added a little complexity to our business, but the complexity is offset by sales.”

Noodles & Co. is slated to launch a better-for-you range of items in May with zoodles as the centerpiece.