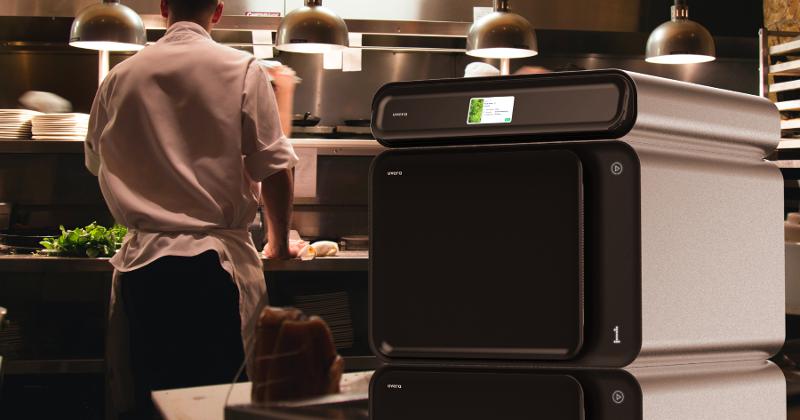 What if restaurants had utensils that made their food taste better? Or could recommend a dish based on a customer’s mood?

These are some of the out-of-left-field questions prompted by a tour of the (virtual) show floor at this week’s CES conference, a big technology convention held every year in Las Vegas.

Exhibitors relevant to restaurants included some familiar names and featured a large robot contingent. But a few digital booths were hawking some seriously futuristic products that could be applicable for restaurants. Maybe. Someday.

Taken with a massive grain of salt, here’s a look at some of this emerging technology.

SpoonTek is a “smart spoon” that generates a mild electric current that stimulates the tongue, which apparently enhances flavor and reduces aftertaste. The company notes that it’s good for low-calorie foods that might be healthier but less flavorful.

Consumers can order the spoon online for $29, a price point that wouldn’t be very economical for a restaurant. And what would providing such a spoon say about your food in the first place? But it’s an interesting idea, particularly for concepts that aim to offer an Experience. 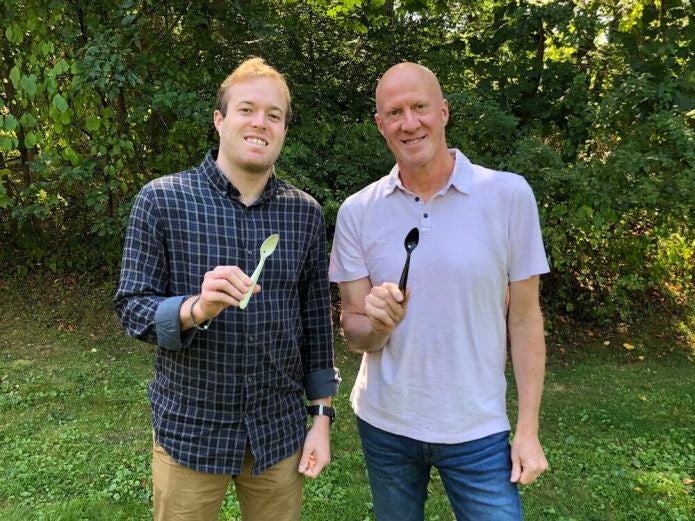 SpoonTek founders Cameron and Ken Davidov with their creation. / Photograph courtesy of SpoonTek

A container that lengthens shelf life

Uvera makes a storage container that it says helps food stay fresh longer. The box, called Aurora, uses UV-C light and vacuum sealing to create a sterilized, oxygen-free environment. The box extends the average shelf life of meat by 33%, fruit by 123% and veggies by 141%, the company said.

Food waste is a big problem for restaurants. The USDA estimates that the industry loses $162 billion every year because of wasted food. Many tech tools on the market today aim to address the issue by automating inventory and prep so that restaurants are only buying and making as much food as they need. Uvera takes a different approach.

Though its existing product is designed for households, the company said a restaurant version is coming soon.

An app that matches food to mood

MyAir is two things: A mobile app and a snack bar company.

What, you ask, do those two things have to do with one another? Well, the app measures a user’s stress levels and then matches them with a variety of superfood bars designed to help what ails them, delivered to their door every month.

I’m skeptical of an app’s ability to accurately  track your mood, let alone a packaged snack’s ability to improve it. But the fact that this technology even exists got me thinking about its potential as a marketing tool.

What if, for instance, a restaurant could integrate with someone’s MyAir app and automatically offer them a milkshake when they’re stressed or a coffee when they’re tired?

Even better: What if there was an app that alerted a restaurant when someone was hungry?