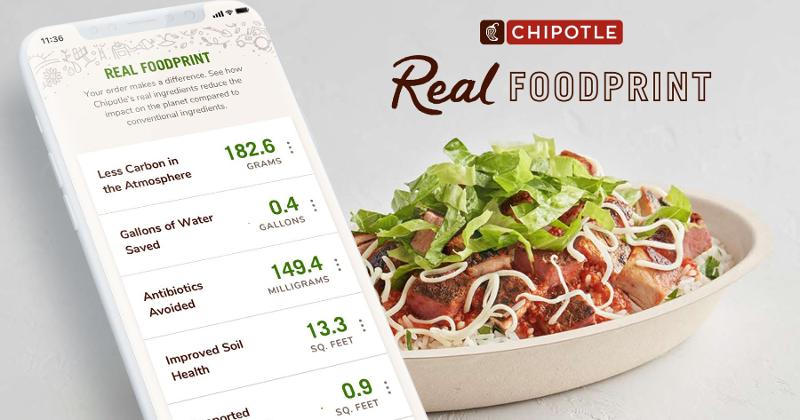 Chipotle Mexican Grill launched a “sustainability tracker” Monday to provide environmental impact data for all of its ingredients.

Chipotle diners will now receive data on five environmental metrics on their order confirmation screen on the chain’s app and website as part of the chain’s Real Foodprint tracker.

The metrics are designed to show consumers how they are making a positive difference for the environment by choosing Chipotle’s 53 “real, responsibly-sourced ingredients versus conventional ones,” the company said.

Chipotle partnered with mission-driven research company HowGood to supply the data, based on more than 450 sources, including scientific literature, supplier information, government research and more.

Chipotle teamed up with celebrity Bill Nye the Science Guy to show how Real Footprint works, via a TikTok video.

The fast casual is the latest chain to arm consumers with data about its environmental impact.

Earlier this month, Panera Bread announced it would label climate-friendly menu items as part of its new Cool Food Meals program. In July, Just Salad began labeling the estimated greenhouse gas emissions of all of its menu items.

Update: An earlier version of this story referred to the tracker by an incorrect name. It is the Real Foodprint Tracker.