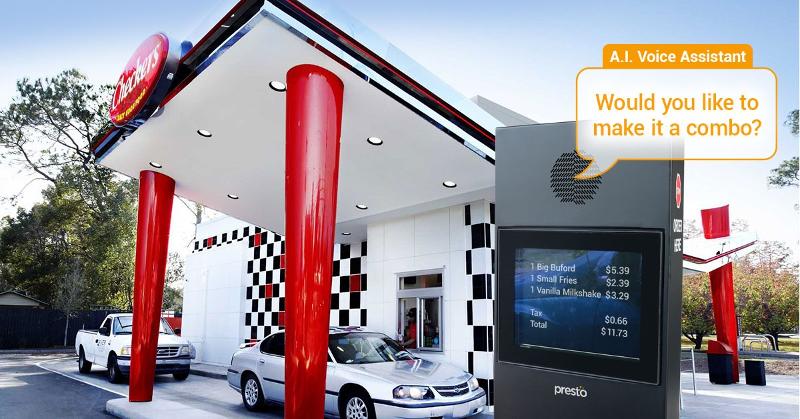 When it comes to running a restaurant, some parts might be easier to automate than others.

Taking orders in the drive-thru, for instance, is one area where robots could quickly step in, restaurants say.

That’s according to a survey of 174 operators published Monday by Capterra, a software review platform.

Respondents, which included both chains and independents, were asked which restaurant jobs can’t be easily automated. The most popular answer: chefs.

More than three-fourths (76%) of respondents said chefs/cooks would be difficult to automate. Sixty-eight percent said the same of managers.

That’s compared to just 30% that said drive-thru operators would be difficult to automate. Other jobs they felt presented a lower barrier to automation were barista (36%), host (40%) and cashier (41%).

Automation has become intriguing for restaurants coming out of the pandemic as they look to fulfill increased demand with fewer workers and combat rising wages and food costs.

The majority of survey respondents (76%) said their restaurants currently use three or more automated tools, and 56% said their revenue has increased since adding the technology.

And while the term automation tends to conjure images of robots, most restaurants surveyed aren’t using that form of the technology. Instead, they’re automating behind-the-scenes processes like employee management (68%) and the in-person and online customer experience (68% and 66%, respectively) with things like QR codes, contactless ordering and loyalty programs.

Just 21% are automating food prep, according to the survey.

But the drive-thru continues to be seen as a hot spot for automation. Panera last month said it was testing a voice ordering robot at two locations, and White Castle and Krystal are also trying the technology. Checkers and Rally’s, meanwhile, is in the midst of a full-fledged rollout: It’s using artificial intelligence to take drive-thru orders at more than 200 restaurants.

It may not be as easy as operators think. White Castle CEO Lisa Ingram hinted at some of the challenges of drive-thru automation during a panel at the FSTEC conference Monday.

“The biggest surprise is just how many different ways that we as humans communicate and trying to code that into a machine,” she said. The company determined, for instance, that there are 80 different ways to order a No. 1 meal.

She added that the restaurants still have an employee wearing a headset who can step in if the system, called Julia, gets tripped up.

“She’s not yet where we want her to be, but she improves every single week,” Ingram said.

“The idea of robots and all those things, while it maybe is great for garnering headlines, it’s not practical in the vast majority of restaurants,” he told investors in July.