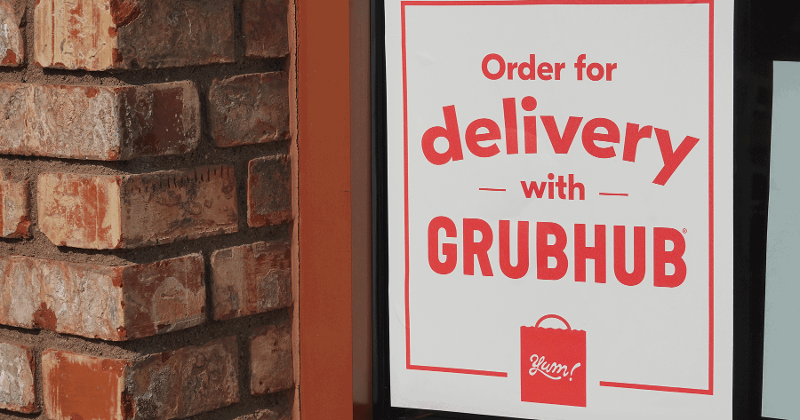 Delivery demand remained steady for Grubhub as it closed out 2020, but the company again lost money as it spent big on operations and marketing and felt the impact of widespread delivery fee caps.

On a year-over-year basis, the company’s fourth-quarter metrics were up across the board, a now-routine result amid a pandemic that has shifted so much restaurant business off-premise. But compared to the previous quarter, revenues, order volume and gross food sales were relatively flat after months of acceleration.

“We did not anticipate a seasonal step-up in DAGs (daily average Grubs) from the third quarter to the fourth quarter because the dynamics that typically drive the increase in ordering in the winter, primarily more time at home and less going out at restaurants, were persistent throughout the entire year because of the pandemic,” said CEO Matt Maloney in a letter to shareholders.

Daily average orders during the three months ended Dec. 31 were 658,100, down slightly from the previous quarter; gross food sales were $2.4 billion, the same as Q3.

That said, growth has apparently picked up again in 2021, with double-digit acceleration in order levels compared to Q4.

Net revenue for the quarter was $504 million, up from $494 million in Q3. Grubhub spent $319 million on operations and support to handle the growth in order volume and $120 million on sales and marketing, particularly to help drive orders to struggling restaurants. It also lost more than $50 million as a result of delivery fee caps in many markets. All of that contributed to a net loss of $68 million.

The results illustrate the challenges of third-party delivery. Companies like Grubhub have to spend to get restaurants, customers and drivers on their platform while also paying those drivers to deliver the food. To cover all that, the providers charge restaurants commissions, sometimes as high as 30% or more—but those fees have been cut in half in dozens of markets across the U.S.

“We continue to believe fee caps are neither an efficient nor the right way to support the long-term sustainability of restaurants,” Maloney said.

Adjusted EBITDA (earnings before interest, taxes, depreciation and amortization) per order was $0.52, but would have been about $1.50 had it not been for the temporary caps, he said.

Grubhub ended the year with more than 31 million active diners, up 39% year over year, who were making repeat orders at higher rates than last year. It has 265,000 partner restaurants, with independents and small chains accounting for more than 85% of its orders.

The Chicago-based company is on track to be acquired by Just Eat Takeaway.com in the first half of 2021.